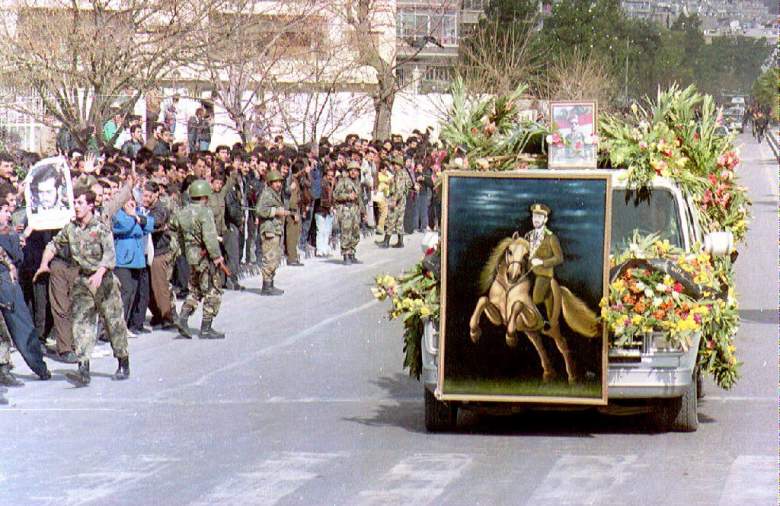 Bassel Al-Assad’s funeral on January 22, 1994 after his death in a car crash the day before. The vehicle’s painting shows Bassel on horseback. (Getty)

Syrian President Bashar Al-Assad is part of a family that has controlled Syria with an authoritarian government since 1971, when his father, Hafez Al-Assad became President. Assad wasn’t Hafez Al-Assad’s original choice to take over the government once he died. His eldest son, Bassel Al-Assad, was groomed as the heir apparent.

However, Hafez Al-Assad’s plans changed in January 1994 when Bassel suddenly died in a car crash in Damascus. He was 31 years old, three years old than Assad.

Assad’s only other living brother is Maher Al-Assad, 49. His brother Majd Al-Assad died in 2009. His sister, Bushra al-Assad, is 56 years old.

Assad became President in June 2000, after his father died. His mother, Aniseh Makhlouf died in February 2016.

Here’s what you need to know about Bassel Al-Assad. 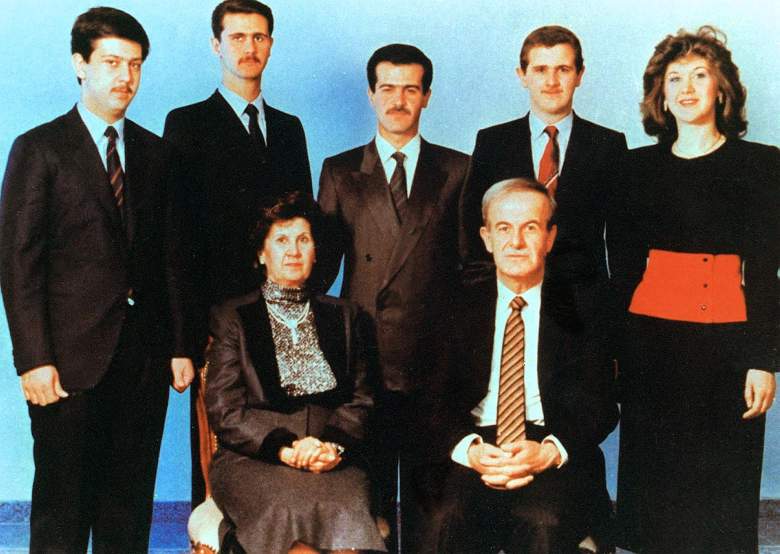 The Assad family in the early 1990s. In the back are Maher, Bashar, Bassel, Majd and Bushra, with their parents sitting in front. (Getty)

Bassel (or “Basil”) was expected to become the next President of Syria, as the oldest male child of Hafez Al-Assad. But on January 21, 1994, Bassel died in a car crash.

According to The Associated Press, the Assad regime released little details about his death. Sources told the AP that he was driving to the Damascus airport to get a flight to Germany during foggy weather. The New York Times reported that Bassel was driving up to 80 miles per hour before the crash.

Two years before his death, Bassel’s political life started, as he was seen on posters and banners standing next to his father. Before that, he was better known for his interest in horses.

At the time of his death, the Lebanon government called Bassel “another martyr offered by Syria in its quest for the glory of the Arab nation and peace in the Middle East and Lebannon,” according to the AP.

2. He Had a Degree in Engineering & Wrote a Doctoral Thesis on Military Sciences

Najib Ghadbian writes in “The New Assad” that Bassel had a degree in engineering and also wrote a doctoral thesis on military sciences.

Hafez Al-Assad was so proud of Bassel that he reportedly liked to be called “Father of Basil” in Arabic.

“I don’t think anyone regarded Basil yet as a serious contender in the succession, because I don’t think the President thinks dynastically,” Patrick Seale, a British journalist who wrote a book about Hafez Al-Assad, told the Times in 1994. Although Bassel’s death was “more of a personal tragedy than a political one,” Seale explained that, “He was a promising and popular young man, and he might have been someone to be reckoned with in another 5 or 10 years.” 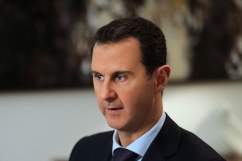 3. He Was Known for His Love of Riding Horseback & His Rival Was Jailed for 21 Years

Bassel was known for his love of riding horses. As Gadebrook Stud notes, Syria’s National Stud is even named after Bassel, who was a show-jumper and took part in horseriding competitions. His interest in riding earned him the nickname “Golden Knight.”

Bassel had a rivalry with a Syrian rider named Adnan Qassar. In 1993, Qassar was jailed at the height of his career in horseriding, even though he had no career in politics. He was not released from prison until 2014, the Syrian Observatory for Human Rights said, reports the Arab Democrat.

“In 1993, Adnan Qassar was one of the top horse riders in Syria and the Arab world. He won a horse race against Bassel Assad.Qassar was thrown in Saydnaya jail (near Damascus) for his ‘crime,'” Rami Abdel Rahman, the Observatory’s Director, said in a statement. “Bassel Assad was at the time being groomed to be President of Syria. A year after Qassar was imprisoned, Bassel Assad was killed in a traffic accident; “Qassar was dragged out of his cell to a public square, beaten and then thrown back in jail. It took them 21 years to release him. Qassar was not a political activist. But in Syria, no one is allowed to be better at anything than the Assads.”

The Observatory said that Qassar was jailed without a trial. He was accused of “possessing explosives” and for attempting to assassinate Bassel, the group said. 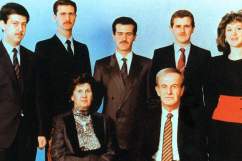 4. He Was the Head of the Presidential Guards

Bassel served in the Syrian Army, rising to the rank of Lieutenant Colonel. According to the New York Times, he was the leader of the Presidential Guards, which protect the presidential palace. He would often wear his military uniform at official events.

In an interview with Patrick Seale in 1988, Bassel said that he and his siblings rarely saw their father. Bessel explained:

We saw father at home but he was so busy that three days could go by without us exchanging a word with him. We never had breakfast or dinner together, and I don’t remember ever having lunch together as a family, or maybe we only did once or twice when state affairs were involved. As a family, we used to spend a day or two in Lattakia in the summer, but then too he used to work in the office and we didn’t get to see much of him 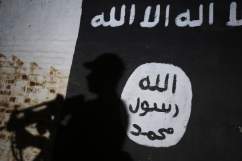 5. The Airport in Latakia Is Named After Bassel

The international airport in Latakia was named the Bassel Al-Assad International Airport after Bassel’s death.

In September 2015, The Associated Press reported that Russian forces were helping to expand the airport to help Assad’s regime. The airport only had one terminal before the Syrian Civil War and was previously named Hemeimeem airport.

Assad still controls the Latakia province, which is right on the Mediterranean coast. Latakia is considered the major port city of Syria. 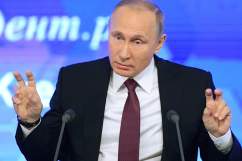