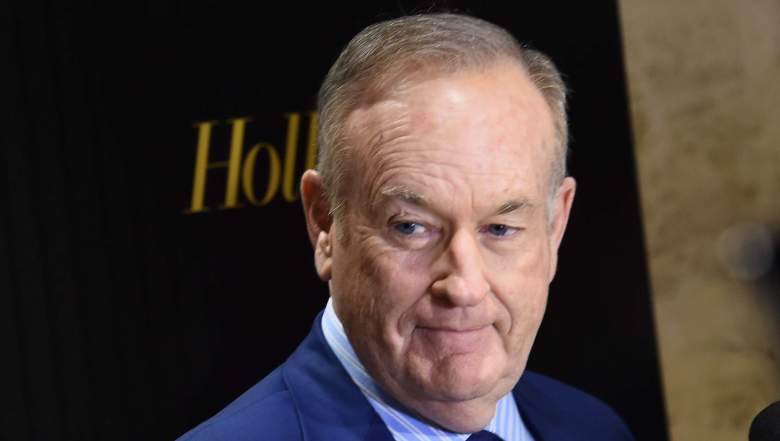 UPDATE: The woman who came forward on April 18 is Perquita Burgess. Read more about her here.

Another woman has come forward with a sexual harassment claim against Fox News host Bill O’Reilly. She also accused O’Reilly of racial harassment. The African-American woman, whose name was not made public by attorney Lisa Bloom at first, claims that O’Reilly called her “hot chocolate” while working for another network. A day after Bloom went public with these latest claims, Fox News cut ties with O’Reilly.

On April 20, Perquita Burgess came forward on The View, telling the ABC show that the incidents with O’Reilly happened when she had a temporary position at Fox News.

“She’s not asking for any money,” Bloom told The Hollywood Reporter of her new client. “She just wants them to know her story.”

Back on April 1, The New York Times reported that Fox News and O’Reilly reached settlements with five women who accused O’Reilly of sexual harassment. The settlements totaled $13 million.

O’Reilly has denied the claims, telling the Times that he only settled them to avoid negative publicity and hurting his family.

Here’s what you need to know about O’Reilly’s new accuser. 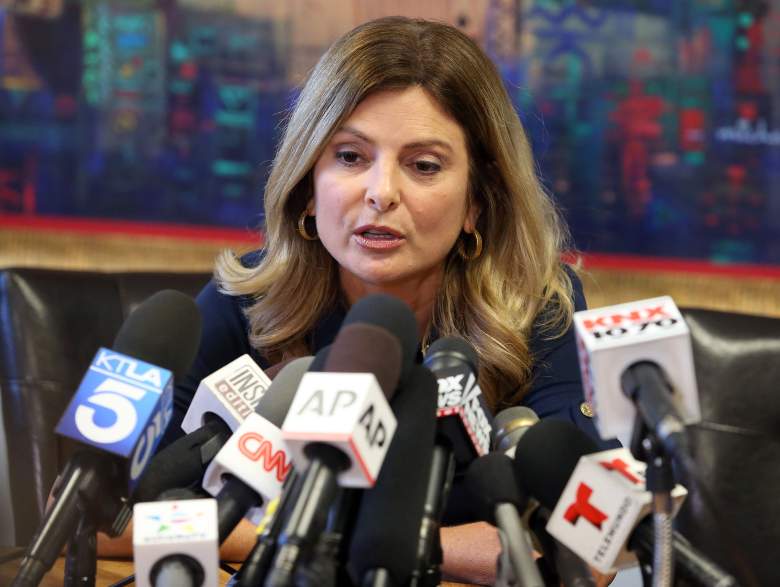 Attorney Lisa Bloom broke the news on Twitter, confirming that she represents a new woman who called the Fox News hotline.

“I represent a new woman who just phoned in a complaint of sexual and racial harassment against Bill O’Reilly to the Fox News hotline,” Bloom wrote.

Later, Bloom gave The Hollywood Reporter details on the accusation, but did not reveal the woman’s name. She says the woman, who worked at a different network at the time, was called “hot chocolate” by O’Reilly in 2008.

“He would never talk to her, not even hello, except to grunt at her like a wild boar,” Bloom told The Hollywood Reporter. “He would leer at her. He would always do this when no one else was around and she was scared.”

Bloom told THR that she spoke with three other witnesses who knew the woman in 2008. They told Bloom that she often came home stressed after work. Even though she didn’t work for O’Reilly, the accuser said she worked near his office and feared she’d lose her job if she came forward.

“Now that’s shes aware this is all in the news, she’s decided to phone in a complaint to the Fox News hotline,” Bloom told THR. The attorney added that another woman is expected to come forward.

Bloom also represents Dr. Wendy Walsh, one of the other women who have come forward. Walsh, who was a contributor to The O’Reilly Factor, told the New York Times in April that O’Reilly promised to make her a permanent contributor, but he never followed through after she rejected his sexual advances in 2013.

Wlash never filed a complaint and Bloom has said that she’s not looking for money. Bloom called for Fox to begin an independent investigation into Walsh’s allegation, hiring the law firm Paul, Weiss, Rifkind, Wharton & Garrison.

In its report on O’Reilly being fired, The New York Times reported that Fox News contributor Jehmu Greene has also accused O’Reilly of of inappropriate behavior. She claims O’Reilly made inappropriate comments around her, dating back to 2007, when he told her to show her cleavage in the makeup room. Two years later, she claims that O’Reilly told her he was “interested in breaking my back.”

“I don’t think that these comments were focused from a sexual standpoint,” Greene told the Times. “I think they were more of a power standpoint to put me in my place.” 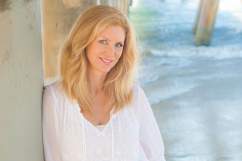 2. O’Reilly Has Denied All Claims, but the Murdochs Still Fired Him 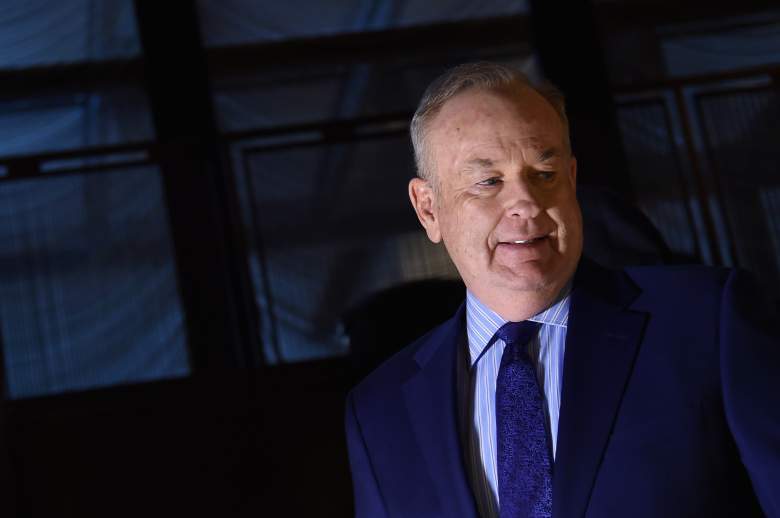 Despite reaching settlements with five different women, O’Reilly denied the claims in a statement to the New York Times. He said that he reached the agreements to avoid negative publicity and to spare his children from controversy.

“The worst part of my job is being a target for those who would harm me and my employer, the Fox News Channel. Those of us in the arena are constantly at risk, as are our families and children. My primary efforts will continue to be to put forth an honest TV program and to protect those close to me,” O’Reilly told the Times.

Marc E. Kasowitz, an attorney for O’Reilly, called the accusations from Bloom’s new client “outrageous” in a statement to CNN. The statement reads:

It is outrageous that an allegation from an anonymous person about something that purportedly happened a decade ago is being treated as fact, especially when there is an obviously orchestrated campaign by activists and lawyers to destroy Mr. O’Reilly and enrich themselves through publicity driven donations.

In another statement, Kasowitz said that O’Reilly has been the victim of character assassination.

After O’Reilly was fired, Kasowitz released another statement, this time from O’Reilly himself, insisting that the claims are “unfounded.” O’Reilly said it was “tremendously disheartening that we part ways due to completely unfounded claims. But that is the unfortunate reality many of us in the public eye must live with today.”

BREAKING: Statement from Bill O'Reilly, who is currently on a plane back from Italy >> pic.twitter.com/UCnUjNQSrS

O’Reilly’s contract with Fox News was renewed, but sources have told New York Magazine that James and Lachlan Murdoch were leaning towards firing O’Reilly even though their father Rupert Murdoch wanted O’Reilly to stay.

The Murdoch brothers considered letting O’Reilly go after his vacation ends, in part because of the dozens of advertisers who have left The O’Reilly Factor. But letting O’Reilly go would be a big decision for the network, since he’s still Fox News’ most popular personality. One source told New York Magazine that Rupert Murdoch doesn’t want to fire O’Reilly because it would look like the New York Times forced him into the decision.

Despite all these concerns, the Murdochs and O’Reilly still decided to part ways. “After a thorough and careful review of the allegations, the Company and Bill O’Reilly have agreed that Bill O’Reilly will not be returning to the Fox News Channel,” the statement reads.

In their statement to the Times on April 1, 21st Century Fox (Fox News’ parent company) said that no one has ever used their hotline to lodge a formal complaint against O’Reilly. Walsh finally did contact the hotline on April 5, 2017, with Bloom by her side.

After that call, Bloom confirmed to CNN that Fox News plans on investigating Walsh’s claims.

“I’m told that they are taking it seriously, and they are going to do the investigation that’s legally required of them,” Bloom told CNN.

On April 9, The Times reported that Paul, Weiss, Rifkind, Wharton & Garrison will investigate the claim. “21st Century Fox investigates all complaints and we have asked the law firm Paul Weiss to continue assisting the company in these serious matters,” Fox told the Times.

Bloom’s new client came to her after contacting the Fox News hotline, according to the lawyer. 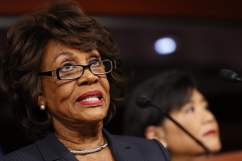 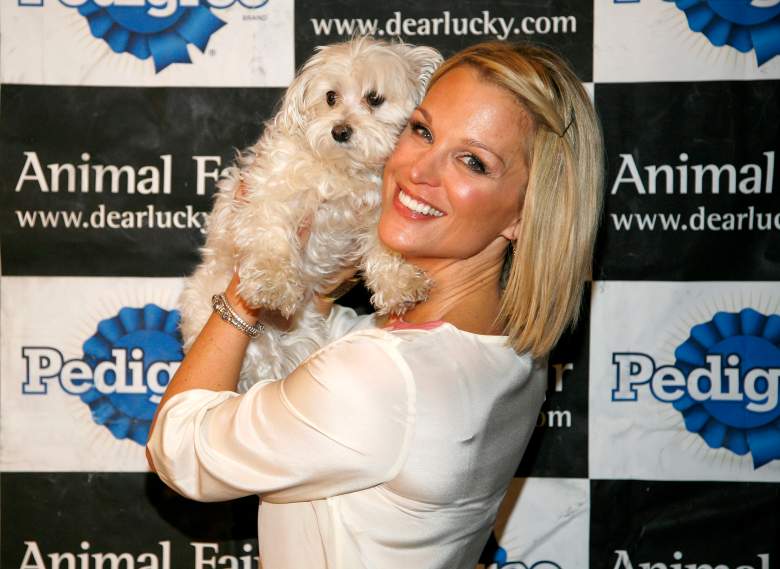 Juliet Huddy is one of the former Fox News employees who reached a settlement after accusing O’Reilly of sexual assault. (Getty)

Bernstein was a junior producer at the time she reached a settlement in 2002. Mackris was a producer on The O’Reilly Factor when she settled in 2004. Diamond, Dhue and Huddy were all on-air talent who reached settlements in 2011, 2016 and 2016, respectively.

Despite the settlements, President Donald Trump told The New York Times on April 5 that he doesn’t think O’Reilly did anything wrong and shouldn’t have settled.

Ailes has also denied all allegations and received a $40 million golden parachute when he resigned. Fox News later reached a settlement with Carlson, reportedly worth $20 million.

In April, Bloom wrote a letter to the New York State Division of Human Rights, asking it to open its own investigation into 21st Century Fox. She called Fox News a “cesspool of sexual harassment, intimidation and retaliation” and called Ailes a “predator.” 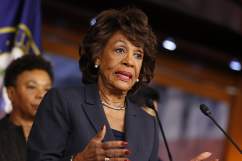 Loading more stories
wpDiscuz
11
0
Would love your thoughts, please comment.x
()
x
| Reply
An African-American woman claims Bill O'Reilly sexually harassed her and once called her 'hot chocolate,' adding to the list of complaints against the Fox News host.