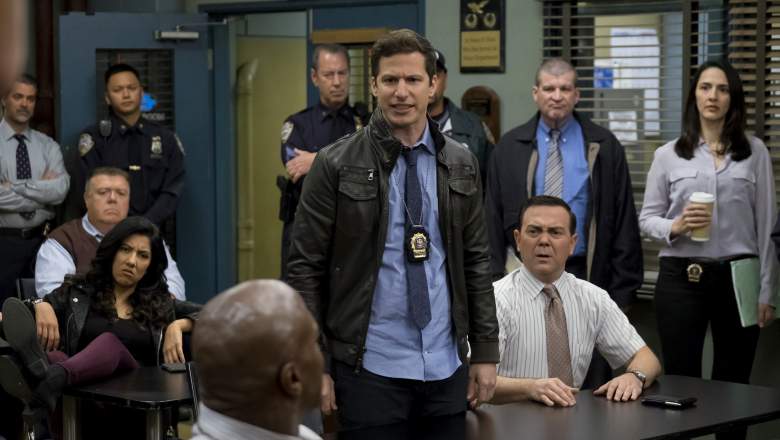 Andy Samberg and the rest of the Brooklyn Nine-Nine squad return for another new episode tonight on Fox. Now that the Nine-Nine is under audit, there’s a chance that the precinct could be shut down! If you don’t want to be spoiled, but don’t have access to a television tonight, here’s how you can stream this episode and future episodes online.

In the April 18 episode, Jake and Rose investigate a burglary on the set o their favorite detective show. Meanwhile, Terry’s ex (guest star Kimberly Hebert Gregory of Vice Principals) is running the new audit. You can catch up on how last week’s audit went awry in our recap of “The Audit.”

Can’t get to a television or don’t have cable? For details on how to watch the show live online or on a mobile device, check out the streaming options below.

If you’re in the United States and looking to legally watch the show live online, but you do not have access to a cable or satellite pay-TV login, your only option is to do so via Sling TV. Here’s how to access the stream:

Viewers in the United States can watch the show through Sling TV, an online streaming service that provides access to select channels for a monthly fee, but offers a free 7-day trial that will allow you to watch the show for free if you sign up.

Fox is available through the Blue package, which costs $25 per month after the free trial ends.

2. Select the Blue package, which costs $25 per month after your free trial is over.

The service’s Blue package, which includes Fox, costs $25 per month. But if you’re looking for a way to watch the show for free, you can do so with Sling’s free 7-day trial.

Viewers in the United States with cable or satellite provider login credentials can now live-stream all Fox primetime entertainment programming here at fox.com/live.

The stream offers a one-hour “preview pass” to first-time users. If you want to watch more than an hour of programming or you’ve already used your preview pass, you’ll need to log in with your cable or satellite provider credentials.

Here’s what to do:

Viewers in the United States with cable or satellite login credentials can now live-stream all Fox primetime entertainment programming via the Fox Now app.

First-time users can access a one-hour “preview pass,” after which streaming requires a valid cable or satellite subscription log-in.

Here’s what to do:

After launching the app, open the menu and select “Live TV.” Click on “Sign In” at the bottom of the screen, select your pay-TV provider, and enter your user ID and password. 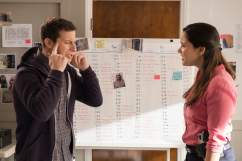 Loading more stories
wpDiscuz
0
0
Would love your thoughts, please comment.x
()
x
| Reply
You can stream Brooklyn Nine-Nine online for free, even if you don't have a cable or satellite subscription. Learn how to watch Andy Samberg's show online here.