A 17-year-old Georgia girl and her 19-year-old boyfriend are suspects in the murders of her grandparents, police say.

Cassandra Bjorge and Johnny Rider were hospitalized Sunday with self-inflicted injuries after a standoff at an apartment complex in Suwanee, the Gwinnett County Police Department told WXIA-TV.

Her grandparents, Wendy and Randall Bjorge, both 63, were found dead Saturday night in their home in Lawrenceville, police said in a press release.

Police said the murder investigation is ongoing. Cassie Bjorge and Rider were found alive after the standoff, but police had not said what their condition was as of Sunday afternoon.

Gwinnett PD and one ambulance just took off with sirens 🚨 from scene of SWAT standoff with murder suspects pic.twitter.com/j1EXYxsf3E

Johnny Rider is also accused of assaulting his sister and her boyfriend with a baseball bat at a home on Rambling Woods Drive in Lawrenceville, police said at a press conference.

According to police, Cassie Bjorge was with Rider during that assault, which sent the two victims to the hospital.

Rider and Bjorge were at the Rambling Woods Drive home, which is shared by his mother and sister Saturday night. When his sister got home from a restaurant with her boyfriend, she told police she found her room had been torn apart with several items missing, the Atlanta Journal Constitution reports. That led to an altercation.

Rider is accused of spraying his sister and her boyfriend with pepper spray, and then hitting the boyfriend while yelling for Bjorge to get a baseball bat, police said, according to the Journal Constitution.

Rider’s sister told police Bjorge went and got a bat and she used to to strike Rider’s sister in the back and head repeatedly, the newspaper reports.

Rider and Bjorge then fled, and police were called. His sister and her boyfriend were taken to the hospital, treated and released.

Gwinnett PD: granddaughter and boyfriend suspects in double murder of her grandparents. Both try to kill themselves w/ knife after standoff pic.twitter.com/huCielUYOR

Police said they found a car belonging to Bjorge’s grandparents at the crime scene.

Police had previously been to the grandparents home for welfare checks, after out-of-state relatives called to say they hadn’t heard from them in about a week. Officers didn’t enter the house on the previous visit because there was no probable cause and they wanted to respect the privacy of the Bjorges.

It was the assault and discovery of the car that led police to return to Wendy and Russell Bjorge’s home for another welfare check, and discovered the couple was dead inside the home.

“We decided to go back to the Bjorge home to do another welfare check,” Detective D.C. Smith said. “This time we did force entry to the home where we located Wendy and Randall Bjorge deceased upstairs in their home in an obvious homicide.”

17 yo Cassie Bjorge and boyfriend suspects in her grandparents murder in Gwinnett Co. Randall and Wendy Bjorge killed in home on Furlong Run pic.twitter.com/6NROwrvWTi

Police said Rider’s family has been assisting in the investigation, but do not know a motive for the assault on his sister and her boyfriend. According to police, they also don’t know why Rider and Cassie Bjorge may have killed her grandparents.

Police have not released how the Bjorges were killed because of the pending investigation, but did say that they were not shot. They also did not say when they believe the couple was killed, but said it was before Saturday.

One of the victims was found in a bathroom and the other in a hallway, WSB-TV reports.

According to police, Cassie Bjorge and Johnny Rider were at her grandparents home on Saturday.

They have not yet been charged in the murder, but Smith said they are “clear” suspects in the killings, AccessWDUN reports.

2. Police Say Bjorge & Rider Were Found With Self-Inflicted Knife Wounds After an Hourlong Swat Standoff at an Apartment Complex

Police said Cassie Bjorge and Rider had barricaded themselves inside an apartment where Rider’s friend lives, AccessWDUN reports.

SWAT officers swarmed the complex and the suspects were involved in a standoff that lasted about an hour, authorities said. A robotic device was used to enter the home and police discovered that the teens were injured.

Police made entry to the home about 12:30 p.m. on Sunday and found Cassie Bjorge and Rider in a bathroom.

#BREAKING Standoff over and two suspects to hospital with self inflicted wounds pic.twitter.com/bdAtjrnw1o

They were suffering from self-inflicted wounds, police said at a press conference.

“They were cutting wounds, they used at least one knife, we do not how severe their conditions are. When we made entry into the room, they were not deceased but were not conscious at the time,” Detective D.C. Smith told AccessWDUN.

Cassie Bjorge had been reported missing by her grandmother twice in recent months.

She was first reported missing on December 18, 2016, when she was then 16, according to s poster uploaded to Facebook.

Wendy Bjorge posted on January 5 that Cassie had been found and was “home safe.”

But on April 1, Wendy Bjorge posted on Facebook, “Please spread the word…Please be on the lookout for Cassie.”

One friend replied, “I’m so sorry to hear this Wendy. Stay strong.” Another said, “Not again?? I pray that she is safe and returns home.

Gwinnett County Police said at a press conference that Cassie Bjorge is considered to be a habitual runaway who would abscond often from her grandparents home.

She does not have a history of violence, police said. 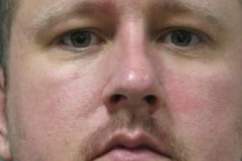 4. Rider Is Being Held Without Bail on Charges Related to the Assault & Stolen Car

Johnny Rider is facing charges related to the assault of his sister and her boyfriend. He was booked into the Gwinnett County Jail on charges of aggravated assault, aggravated battery, obstruction of a law enforcement officer, credit card theft, possession of a tool for the commission of a crime, entering an automobile and theft by taking, according to online records.

Bjorge is not yet facing any charges. Police are continuing to investigate the homicide and have not applied for arrest warrants in that case.

Rider has previously been arrested in Gwinnett County in October 2016 and was released on bail on November 2016, jail records show.

He was charged at that time with credit card theft, entering an auto, possession of a tool for commission of a crime and obstructing a law enforcement officer.

5. Neighbors Say They Are Shocked by the Deaths of the Quiet & Friendly Elderly Couple

Neighbors told WGCL-TV that Wendy and Russell Bjorge were quiet and friendly.

I am shocked,” Nancy Armstrong told the news station. “I am so shocked. I just called my daughter and said there’s a crime scene here. Very respectful people. They walk their dogs, they ride their bikes. They’re courteous with the children on the street.

Another neighbor, Eric Tirotta, told WGCL, “When we’re sitting out on our stoops, they walk by. We’d wave and say how are you doing?”

Wendy and Russell Bjorge appear to have gained custody of their granddaughter in 2016 from their daughter, according to court documents. They applied for custody in October 2015.

Cassie Bjorge says on Facebook she attended Duluth High School. She was most recently a student at Peachtree Ridge High School in Suwanee. 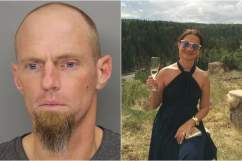