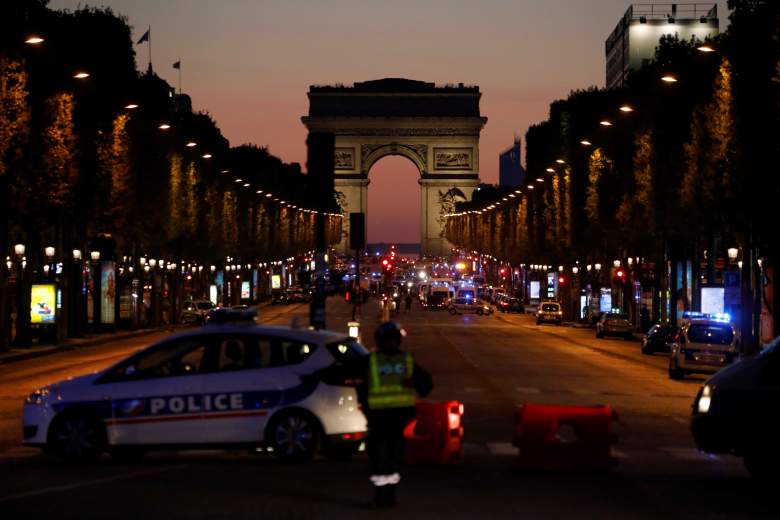 Police blocked access to the busy Champs-Elysees in Paris on Thursday night after a shooting that killed one police officer and wounded two others. Below are photos and videos of the scene. ISIS has claimed responsibility for the attack. The gunman was identified by the French media as Karim Cheurfi,

The attack happened just days before the French presidential election and just days after a terrorist attack was thwarted in Marseilles. On April 18, officials said they foiled an “imminent and violent attack” in the city on the French Mediterranean coast, NBC News reported.

Reuters reports that Interior ministry spokesman Pierre-Henry Brandet said that it was still too early to determine a motive. The French prosecutors’ office told Reeuters that its counter-terrorism office has already beegun ann investigation. 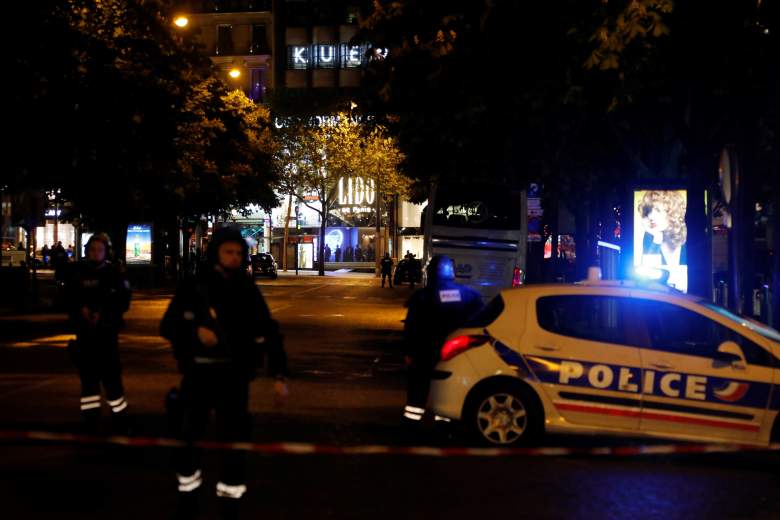 Police first said that one police officer has been killed and another seriously wounded. The Interior Ministry later confirmed that a second police officer was injured. BFMTV reports that another person, the shooter, was killed.

The following video shows the police presence on the boulevard visited by thousands of tourists. Brandet told BRMTV that the gunman parked his vehicle before opening fire. He “deliberately targeted” the two policeman, Bradet said, when they were stopped at a red light.

#Paris shooting latest: Police officer killed while in a car stopped at a red light by a drive-by attacker pic.twitter.com/gOhBZ0UimI

Police sources told the Daily Mail that the third person injured, who later died, is thought to be the shooter.

BRMTV reports that the shooter who was killed was known to authorities of the Directorate General of Internal Security (DGSI), but they have not confirmed his identity. Papers were found on his body and witnesses said that another person left the vehicle the shooter was in.

Francois Fillon, one of the candidates for the French Presidency, paid tribute to police after the shooting. It happened just days before the French head to the polls on April 23. The Associated Press reports that the current French President, Francois Hollande, scheduled an emergency government meeting.

Below is live stream from FRANCE24 in English. The network is reporting that police have still blocked off the Champs-Elysees, ordering tourists to go to their hotels and residents to stay home.

The following Periscope video shows police cars parked all along the street, with motorcycles driving by.

Below is a report from CNN, also showing the scene. “I came out of the Sephora shop and I was walking along the pavement…. A man got out of a car and opened fire with a kalashnikov on a policeman,” a witness named Chelloug told Reuters. “The policeman fell down. I heard six shots, I was afraid. I have a two year-old girl and I thought I was going to die… He shot straight at the police officer.”

"You're not used to seeing the Champs-Élysées like this, police vans one after the other" – @HalaGorani https://t.co/VyS9nUa6Hs

This video below shows traffic being redirected:

The following short video shows the police response from above:

Here is video from a balcony near the scene of the shooting:

Below is a street-level view of the Champs-Elysees at the time of the shooting, before it was clear what was going on.

This video below is from the same user:

This photo from the AP shows the police presence at the scene:

For more details on the shooting: 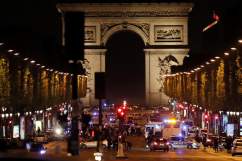 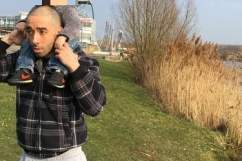 Read More
News, Paris
wpDiscuz
0
0
Would love your thoughts, please comment.x
()
x
| Reply
Two police officers were shot in Paris, forcing the busy Champs-Elysees to be shut down. Here are videos and photos from the scene shared on Twitter.