A brother and sister are accused of robbing a convenience store before the male suspect shot three Seattle, Washington police officers.

The male shooter was named as Damarius Butts, 19, according to Q13Fox. Butts’ 17-year-old sister was not identified.

Butts died at the scene after an exchange of gunfire erupted with officers, reports Komo News.

The police officers, who were shot while responding to the robbery call, are expected to survive, although one, Hudson Kang, was in serious condition. Elizabeth Kennedy and Chris Myers were named as the other injured officers.

1. The Shooting Occurred in Downtown Seattle After a Robbery for Beer & Doughnuts, Police Say

This is what the robbery victim says the suspects stole from 7-11 before the shooting, worth $28.42. Damarius Butts is the dead suspect. 5pm pic.twitter.com/VZ2D280dMq

The police shooting stemmed from a robbery call, police said.

According to Komonews, the shooting occurred in the downtown area as police were responding to a robbery call.

The robbery was at a convenience store, The Seattle Times reports.

The 17-year-old girl “told police that she and her brother decided to go into a 7-Eleven to steal food and beer, while an accomplice waited down the street. She said the gun belonged to her, but she gave it to her brother for the robbery. After grabbing doughnuts and beer and other merchandise, she said, the clerk followed them out and grabbed her. She said her brother lifted up his shirt, displaying the gun to the clerk, and told the clerk to let her go. The clerk complied. She said she and her brother walked a short distance and then stopped to smoke cigarettes. That’s when the police showed up,” reports q13Fox.

“Officers caught up to the suspects within minutes,” a police news release said.

The release continued, “At 1:18 PM, Seattle police officers were called to a robbery at a convenience store in the 600 block of 1st Avenue after a two suspects—a 17-year-old female and a 19-year-old male armed with a handgun—robbed the store and fled north on 1st Avenue.”

2. Three Police Officers Were Shot but the Life of One Was Saved by Her Bullet Proof Vest 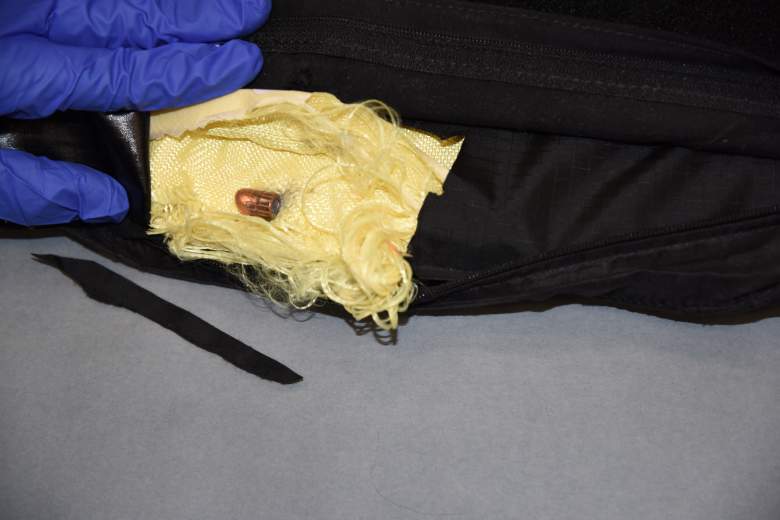 The bullet lodged in an officer’s vest. (Seattle police)

One of the injured officers was saved when the bullet lodged in her bullet proof vest. “Kennedy was shot in the chest, but was likely saved by her bullet-proof vest,” reports Komonews.

The Seattle Times reports that one officer is a female and one male, and that the male officer is in serious condition.

3. The Suspect Barricaded Himself in a Building Before Shooting at the Officers 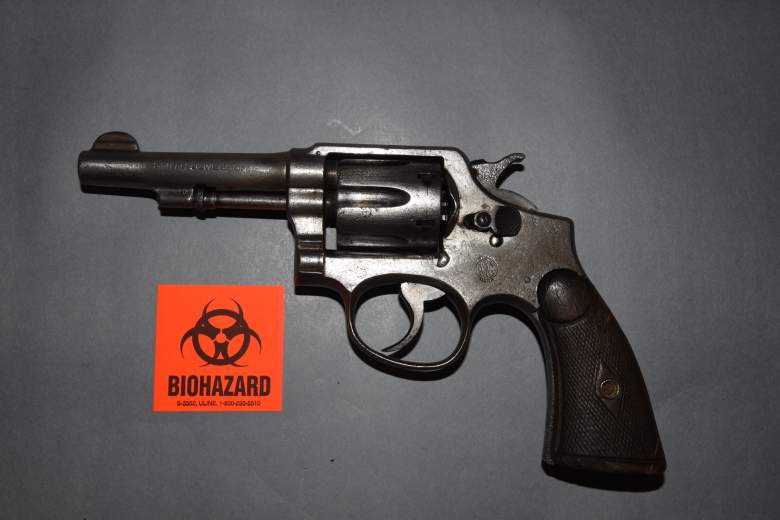 The gun used in the shooting. (Seattle Police)

Police described a harrowing scenario in which one of the two suspects bunkered down in a building and started firing at officers.

Police later released video they said is of an officer chasing Butts before Butts was shot and killed.

According to Seattle police, “The male suspect ran to the entryway of an office building in the 900 block of 1st Avenue, where he exchanged gunfire with police. Three officers were struck by gunfire during the incident. SPD officers moved their injured colleagues to safety and, set up a perimeter around the building as employees inside were ordered to shelter-in-place.”

After clearing pedestrians and motorists from the surrounding streets, “SWAT officers entered the building to search for the suspect and any other injured people. During the search, officers found the male suspect, who was deceased.”

According to Seattle police, “A patrol car camera captured the suspect fleeing into a loading dock with officers in pursuit, followed by an audible exchange of gunfire between the suspect and police.”

4. One Suspect Is Accused of Hitting an Officer Over the Head With a Bottle

The gunfire wasn’t the only danger to the officers.

ABC reports that a fight ensued, and one suspect smashed a bottle over an officer’s head.

“A fight had ensued between the two officers and the suspects. One of the officers was fighting with one of the suspects on the ground. A female suspect approached and struck the officer on the head with a bottle. The two suspects then fled,” reports ABC.

According to Seattle police, “A struggle ensued and a male officer was struck in the head with a bottle.”

5. There Was conflicting Information About a Third Suspect

Police reported initially that there might have been a third suspect in the mix.

Detectives have determined 3rd person initially believed to be suspect was not involved in incident. All suspects in custody.

However, they said later that the third person was not involved. Then, they changed that again. Seattle police said in a news release, “Police arrested the 17-year-old female suspect near the building and, after receiving conflicting information, identified a second 19-year-old male involved in the robbery. Police located and arrested the man around 6pm.”

Loading more stories
wpDiscuz
12
0
Would love your thoughts, please comment.x
()
x
| Reply
Damarius Butts was identified as the deceased suspect in the shooting of multiple Seattle police officers. The police officers are expected to live.