David Dao, his wife Teresa and their two grandchildren. (Instagram)

United staff were asking Dao to exit the plane because they needed crew members to be on the flight — which was booked to capacity — from Chicago to Louisville.

After refusing to exit the plane voluntarily, security officials were called on board and violently pulled Dao from his seat after he refused to voluntarily get off. He was then dragged down the aisle by an official with blood streaming down his face.

As a result of the incident, Dao suffered a concussion, the loss of his two front teeth and a broken nose which will require reconstructive surgery.

On April 13, United issued a new statement expressing their concern for Dao and how the incident played out. The company promised to take “immediate action.”

We continue to express our sincerest apology to Dr. Dao. We cannot stress enough that we remain steadfast in our commitment to make this right.
This horrible situation has provided a harsh learning experience from which we will take immediate, concrete action. We have committed to our customers and our employees that we are going to fix what’s broken so this never happens again. First, we are committing that United will not ask law enforcement officers to remove passengers from our flights unless it is a matter of safety and security. Second, we’ve started a thorough review of policies that govern crew movement, incentivizing volunteers in these situations, how we handle oversold situations and an examination of how we partner with airport authorities and local law enforcement. Third, we will fully review and improve our training programs to ensure our employees are prepared and empowered to put our customers first. Our values – not just systems – will guide everything we do. We’ll communicate the results of our review and the actions we will take by April 30. United CEO Oscar Munoz and the company called Dr. Dao on numerous occasions to express our heartfelt and deepest apologies.

Dao and his wife fled Vietnam in the 1970s to the United States and started a family in California. As the family grew, strong involvement in the medical field proved to be something that was a common interest.

Here’s what you need to know about the Dao family:

Dao is a practicing doctor in Elizabethtown, Kentucky — 40 miles south of Louisville.
According to Daily Mail, the Dao family has five children, four of whom are doctors in different locations around the United States.

Tim is the oldest child in the family at 34-years old and is a cardiologist in Plano, Texas. The second son is named Ben and he’s 31. Ben is reportedly a medical graduate while their daughter Christine, 33, is a doctor in Durham, North Carolina.

The youngest of the four doctors in the family is Angela, who is 27 and graduated with a medical degree from the University of Kentucky.

The other daughter is Christine’s twin, Crystal. She’s reportedly a married mother who lives in Barrington, Illinois.

2. His Wife, Teresa, Owned a Medical Practice With Him & Is a Pediatrician

David Dao, his grandaughter and his wife, Teresa (Instagram)

Dao had his medical license suspended because of drug convictions in 2003. Before that, however, he and his wife, Teresa, both owned and operated a medical practice in Kentucky for multiple years.

Teresa is a pediatric doctor who graduated from the University of Medicine and Pharmacy at Ho Chi Minh City in Vietnam. She has been in the pediatrics field for over 43 years and has treated patients at Hardin Memorial Hospital in Elizabethtown. 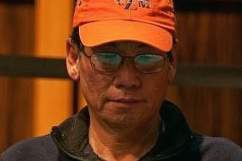 3. Dao’s Daughter Crystal Spoke at a Press Conference & Called Him a ‘Loving Father’

Daughter of United passenger Dr. David Dao: "What happened to my dad should have never happened to any human being" https://t.co/uKgOqhPdpn pic.twitter.com/nTZEqy6IhE

Dao’s daughter Crystal spoke at a press conference held by his attorneys April 13 and described him as a caring man.

“My father is a wonderful father who have helped raise his five kids,” she said. “He’s a loving grandfather, too, and at the end of the day that’s the person who we are trying to take care of.”

United Airlines Passenger David Dao's Attorney Holds Press Conference | TIMEThe attorney representing David Dao, the United Airlines passenger forcibly removed from an overbooked flight earlier this week, holds a press conference. Subscribe to TIME ►► po.st/SubscribeTIME Get closer to the world of entertainment and celebrity news as TIME gives you access and insight on the people who make what you watch, read and share.…2017-04-13T16:13:29.000Z

Crystal also used the time at the press conference to say thanks to those around the world who have offered support to the Dao family as they move forward from the incident.

“On behalf of my dad and my family, we’d like to express our gratitude for the huge outpouring of support and prayers we’ve received over the last few days,” she said. “We’d also like to thank the hospital staff that’s taken care of my dad. It’s been a very difficult time for our entire family — especially my dad —
and we are truly grateful for your support.”

The press conference also centered around an impending lawsuit Dao and his lawyers intend to file against United. The suit will reportedly be filed in Cook County Circuit Court due to the incident on the plane taking place in Chicago. A petition has already been filed. To take a look at it, read the document below:

The lawsuit will ask the court order that the following be preserved and protected: All surveillance video recordings depicting the boarding of the plane’s passengers on April 9 the day in question.

4. Dao & His Wife Are Refugees From Vietnam

Dao studied at a medical school in Saigon, Vietnam during the 1970s. He was in the Vietnamese military in 1974, but never saw action in the Vietnam War. When Saigon fell, Dao and his wife fled the country on a boat.

Dao eventually fled the country in 1975 when Saigon fell, traveling on a boat. Demetrio said in a press conference that being dragged down the aisle of the United flight “was more horrifying and harrowing than what he experienced in leaving Vietnam.”

After fleeing Vienam, Dao finished his medical training in California before moving to Indiana in 1980. There, he worked at a prison in Michigan City but quit after one year when an inmate reportedly tried to strangle him with his own stethoscope.

He had his medical license suspended in 2003 and during that time pursued a career in culinary arts from Sullivan University in Kentucky.

In the above publication, Dao said that he found a passion for making delicious food and staying nutritional because he was sick of “always treating the symptoms” of a poor diet. 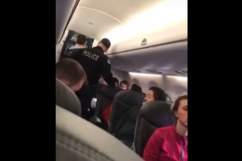 5. The Dao Family Has Hired 2 Sets of Lawyers to Pursue the Lawsuit

David Dao is a KY doctor father of 5 originally from Vietnam & his wife is a pediatrician
He remains in hospital his Attorney S. Golan said. pic.twitter.com/8bMM40eBFk

As part of an impending lawsuit filed against United, Dao and his family have hired two sets of lawyers.

According to his biography, Golan has represented companies that exceeded $500 million in sales per year and has a general knowledge in business issues and corporate law. He co-founded Chicago-based Golan Christie Taglia in 1993.

Demetrio is also based in Chicago and was named one of the top 10 lawyers in the nation by the National Law Journal. 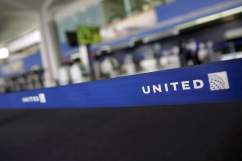 Read More
Breaking News, United Airlines
David Dao and four of his five children have an interest in the medical industry. Dao and his wife, Teresa, fled from Vietnam to the United States.