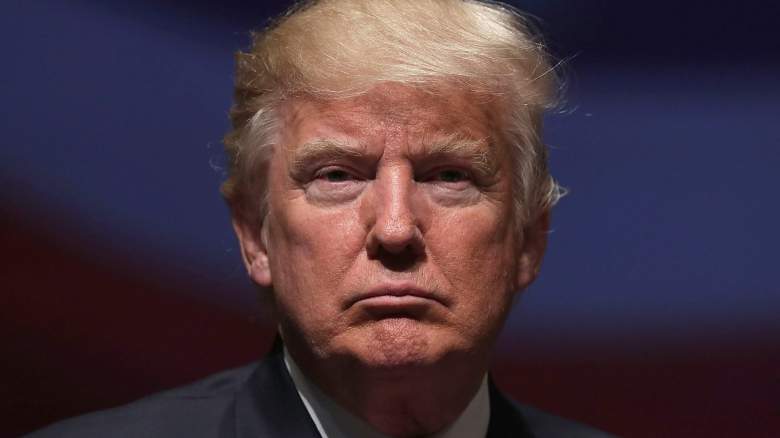 President Donald Trump sent out a tweetstorm this morning, blaming the possibility of a government shutdown on Congressional Democrats.

Trump posted six tweets within two minutes beginning at 10:37 a.m. Eastern Time on Thursday. The president first said that he wants to help the miners but accused Democrats of trying to block their healthcare.

I want to help our miners while the Democrats are blocking their healthcare.

Moments later, the president shifted gears and said that he wants to rebuild the military and build a wall, while the Democrats want to shut down the government. Trump clearly would not have had time to have written this entire tweet in the seconds since the last one was sent out.

I promise to rebuild our military and secure our border. Democrats want to shut down the government. Politics!

Next, Trump suggested that Democrats care more about bailing out insurance companies than they do about rebuilding the military. So far, all of these tweets have come within a period of 60 seconds.

Trump then said that Democrats are jeopardizing the safety of the country and of the troops with the threat of a government shutdown, and this time he used the hashtag #AmericaFirst.

Democrats jeopardizing the safety of our troops to bail out their donors from insurance companies. It is time to put #AmericaFirst??

In the fifth tweet, Trump said that Democrats want to allow “illegals to pour through our borders,” expressing his annoyance with the fact that Democrats don’t want to include funding for a border wall in the 2017 budget. He also said that the party has flip-flopped on this issue.

Democrats used to support border security — now they want illegals to pour through our borders.

As families prepare for summer vacations in our National Parks – Democrats threaten to close them and shut down the government. Terrible!

Trump typically does not tweet during the middle of the day; these tweets were likely dictated by Trump earlier and were subsequently posted by his staffers all at once.

This tweetstorm shows Trump’s frustration over the looming government shutdown. If Republicans and Democrats can’t agree to a new budget by Friday night, the government will shut down, as it did in 2013.

At the moment, it seems that an agreement will be reached and the government will not shut down. But at the center of the conflict is the fact that Donald Trump wants the budget to include funding for his proposed wall along the southern border of the United States. Democrats, of course, are not willing to support this.

In his tweets, Trump seems to be preparing his followers for the release of a budget that does not include wall funding; he can blame this on the Democrats playing politics, saying that he had to support a less-than-ideal budget to keep the troops safe. This could therefore lessen the blow of Trump breaking a major campaign promise.

Trump has also attempted to establish that in case a shutdown does happen, his followers should place the blame entirely on the Democrats.