Editor’s note: This post contains the results from the April 18 primary in Georgia’s 6th congressional district. Click here for live coverage of the June 20 runoff between Jon Ossoff and Karen Handel. 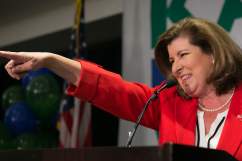 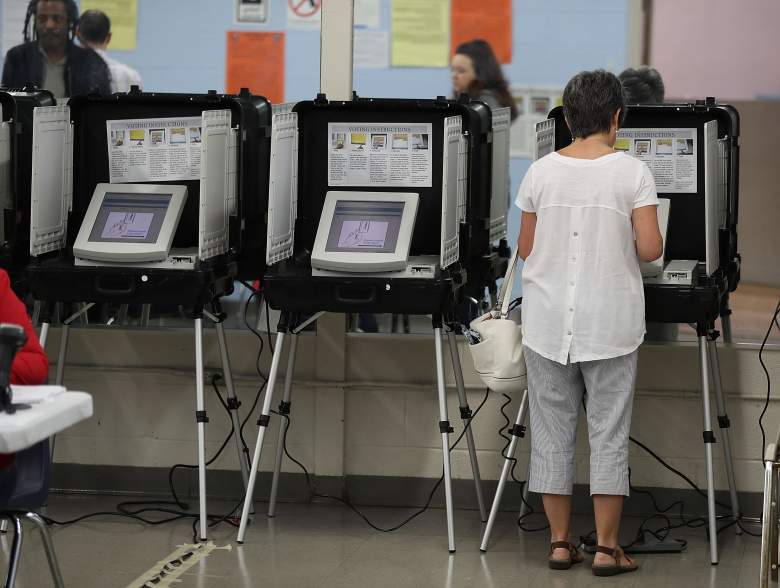 Voters cast their ballots at a polling place in a highly contested congressional race in Georgia’s 6th district. (Getty)

The race for a seat in Congress representing Georgia’s 6th congressional district is heading to a runoff election.

Because neither Democratic newcomer Jon Ossoff nor any of the other 17 candidates reached the 50 percent support in the vote April 18, a runoff is scheduled for June 20.

Ossoff will take on Republican Karen Handel, who finished second in the first round of the April 18 election.

The race is to fill the seat in the U.S. House of Representatives left vacant by Tom Price, who was tabbed as the secretary of the Department of Health and Human Services by President Donald Trump.

Ossoff’s vote total hovered above 50 percent for a majority of the night, but finally went under for good when a big portion of votes from Fulton County were added to the mix.

That happened after a “rare” data error in one of the cards on an electronic machine in Fulton County delayed the process late into the evening. Workers had to search through “hundreds of cards” to find the one that was broken, WSB-TV’s Scott Flynn tweeted, but the wait was only temporary. The card was located within about 30 minutes and the results were updated in a timely manner, bumping Ossoff’s total down below 50 percent.

Other than that instance, there was only a couple other problems for voters in the district. According to the Atlanta Journal Constitution, a judge agreed to let voters at two precincts Fulton County extend voting hours past 7 p.m. Tuesday because of issues with voting machines.

Here’s a look at the final unofficial results from the election:

Massive amounts of money have poured into the Georgia 6 election, with Democrat John Ossoff reporting April 6 that he raised $8.3 million in funds and had $2.1 million on hand as the campaign approached an end.

Republican Judson Hill had the second-most amount of funds raised, reporting $473,000 with $113,000 on hand and Republican and Karen Handel was third in fundraising with $463,000 being raised as of the the reporting date. She had over $183,000 on hand heading into the final weeks.

Polls released prior to the April 18 election indicated that Ossoff would receive the most votes of any candidate, but likely wouldn’t reach the 50 percent necessary to win outright and avoid a runoff. Handel has been second in all of the polls and led all 11 Republicans in the race. Republicans Bob Gray, Dan Moody and Hill all received similar support in polls.

The election has a nationwide feel to it, as it’s one of the first elections since Trump was elected president. In fact, Trump recorded a robocall that was sent to voters in the district Monday, and he tweeted out later that night with such a crowded GOP field, a runoff would result in a “win” for the Republican candidate.

With eleven Republican candidates running in Georgia (on Tuesday) for Congress, a runoff will be a win. Vote "R" for lower taxes & safety!

Loading more stories
wpDiscuz
52
0
Would love your thoughts, please comment.x
()
x
| Reply
Voters in Georgia's 6th congressional district have taken to the polls to vote in a special election to replace Tom Price. See live results of the votes.