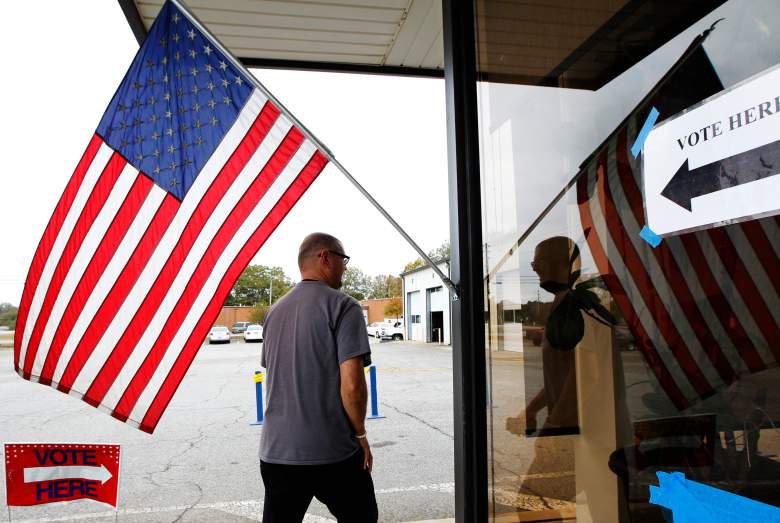 A voter walks past a US flag as he heads in to vote in the US presidential election at the Athens-Clarke County Fleet building in Athens, Georgia on November 8, 2016. (Getty)

Voters in Georgia’s 6th congressional district will head to the polls Tuesday to choose the candidate to replace Republican Tom Price in the U.S. House of Representatives.

The race is a special election, with Price being tabbed as the secretary of the Department of Health and Human Services. There are 18 candidates in the field, and the race will be decided only if one candidate receives 50 percent or more of the vote tallies. If not, the top two receiving votes will head to a runoff election June 20.

POLLING HOURS & LOCATIONS: On Tuesday, the polling stations open at 7 a.m. EDT and close at 7 p.m. If you’re in line before 7 p.m. and haven’t yet voted, you’ll be able to vote after 7 p.m. The special election is only for residents within Georgia’s 6th district, which includes a majority of Atlanta’s northern suburbs and also parts of northern Fulton County, eastern Cobb County and northern Dekalb County.

REGISTRATION GUIDELINES: Georgia offers same-day registration, so if you’re not already registered to vote, you can do so on Election Day if you’re eligible to vote.

Residents in the 6th district can used Georgia’s online voter registration system to ensure they can vote. To use the system, click here. You can also fill out a registration form online, print it out to submit it the your polling location. To get the printable form, click here.

Eligibility in Georgia requires being a U.S. citizen, a legal resident of the U.S., be at least 17 1/2 years old to register and 18 to vote. The conditions also require only those who aren’t serving a sentence for a felony conviction involving moral turpitude or be found mentally incompetent by a judge.

WHAT’S AT STAKE: The special election for Price’s old seat pits 18 candidates within the field. Polls say that Democratic newcomer Jon Ossoff is favored to win the election, although they don’t show him getting the needed 50 percent to win the seat outright. On the Republican side, Karen Handel has led in the polls. Read below for a full list of candidates for the seat: 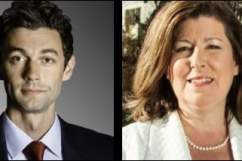 Loading more stories
wpDiscuz
3
0
Would love your thoughts, please comment.x
()
x
| Reply
Voters in Georgia's 6th congressional district take to the booths to cast their vote in a special election. Check out how to register and get key voting info.