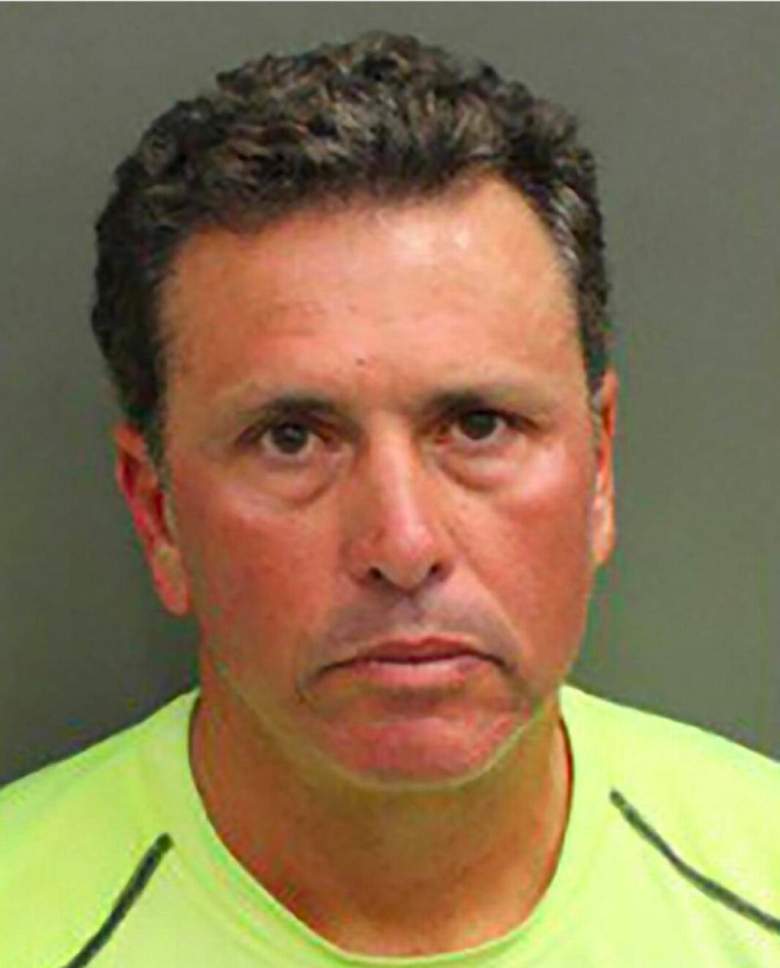 Gustavo Falcon, the last of the infamous “cocaine cowboys” smuggling operation, was arrested Wednesday after being on the lam from police for 26 years.

Falcon, 55, also known as “Taby,” was booked in Orlando County Jail Wednesday night. He was set to be moved to Miami appear in court on Thursday, according to the Miami Herald.

Gustavo Falcon, known as "Last of the Cocaine Cowboys," caught after 26 years on the lam https://t.co/ETuxgndkNo pic.twitter.com/ydjtAt4kJ1

Back in 1991, prosecutors indicted Gustavo Falcon, his brother Augusto “Willie” Falcon, and their alleged partner Salvador “Sal” Magluta, and about a dozen other people on charges they smuggled an estimated 75 tons of cocaine between 1978 and 1991, according to CNN.

Willie Falcon and Magluta were known as “The Boys” after they dropped out of Miami Senior High School and were the recognized kingpins of the operation, according to the Miami Herald.

Although Magluta and Willie Falcon are both currently in prison, Gustavo Falcon was last seen in South Florida in 1991, just before the indictments were handed down.

The newspaper also reported Falcon and his wife Amelia, who also was arrested on Wednesday, went by the name of Luis Reiss and Maria Reiss.

2. Police Found Him Thanks To a Phony Driver’s License

While most people believed that Gustavo Falcon fled the United States for either Cuba or South American after police busted the smuggling operation, police say he’d actually been living with his family in the Miami area since around 1999.

Most recently, he and his family had been living in a rented home in Kissimmee, Fla.

Police reportedly became aware of Gustavo Falcon’s location in March, after they found out he had been using a fake driver’s license since 1997, US Marshals Senior Inspector Barry Golden told CNN.

Golden told CNN that police saw Falcon and his wife leave their home for a lengthy bike ride on Wednesday. US Marshals watched the couple ride for about 40 miles and, when they were sure that it was Falcon, they arrested him at an intersection near their home. Golden said that at first, Falcon continued to use his alias but eventually admitted his identity.

Falcon did not resist the arrest. He was booked into the Osceola County Jail and was scheduled to make his first federal court appearance Thursday, according to NBC Miami.

“Willie” Falcon and Magluta were recognized as kingpins among the legendary Cocaine Cowboys smuggling operation back in the 1980s, the Miami Herald reported.

They grew up in Miami’s Cuban-American community and they raced speedboats – which they also used to bring an estimated 75 tons of cocaine smuggled from Colombia into Miami, officials said.

According to the Rolling Stone, the Cocaine Cowboys smuggling operation “helped turn Miami into a hotbed of drug use, trafficking and violence as cartels and gangs warred with each other and U.S. authorities.”

4. Brother Set to Get Out of Jail This Year

Cocaine Cowboy Gustavo Falcon Captured in Orlando After 26 Years on the Run https://t.co/NfC0RkEOvU via @miaminewtimes

Willie Falcon and Magluta were classmates before they began their smuggling operation, according to the NY Daily News. After their initial indictment back in 1991, they were acquitted of charges in 1996.

But officials later found out they had bribed at least one juror along with several witnesses, according to the newspaper.

Magluta was retried in 2002 and convicted of money laundering. He initially faced a 205-year sentence but in 2006, it was reduced to 195 years, according to Fox News.

Augusto Falcon entered into a plea deal on similar money-laundering charges and was sentenced to 20 years. He could be released as soon as this June.

5. They Are the Subject of Movies and Books

According to the Miami New Times, the story of the Falcon brothers and Magluta is actually where the entirety of his “Cocaine Cowboys” documentary series was meant to begin.

However, their story is going to finally be featured as soon as this year, the documentary filmmaker said.

Read More
Breaking News, Cocaine, Drugs
Follow Heavy ↓
wpDiscuz
1
0
Would love your thoughts, please comment.x
()
x
| Reply
Gustavo "Taby" Falcon, the last of the "Cocaine Cowboys" smuggling operation, was arrested on Wednesday after being on the run for 26 years. The drug smugglers allegedly brought 75 tons of cocaine into the country between 1978 to 1991.