Officers on scene at the school. (Twitter/Mason County Sheriff)

A student with a gun at a middle school in the town of Belfair led to a lockdown and panic. The town is around 70 miles west of Seattle. Originally, law enforcement sources had said that there was an “active shooter” at Hawkins Middle School.

KIRO’s Kevin McCarthy reports that situation is not being treated as an “active shooter” event. While KING5’s Joyce Taylor tweeted that the report is now that a student brought a gun to school. That information was later confirmed by North Mason School District Superintendent Dana Rosenbach.

1. A Student Has Been Taken Into Custody

The front entrance to Hawkins Middle School in Belfair. (Facebook)

KING 5 reports that one student is in custody after he allegedly brought a gun to school.

2. There Are No Reports of Any Victims

This active shooter situation is at Hawkins Middle school in Belfair this is off E Campus Dr off Hwy 3 pic.twitter.com/XrW2vyDhLP

So far, there are no reports that anybody has been shot or injured as a result of the lockdown. School board member, Dinah Espedal Griffey, posted this to her Facebook page:

What we know right now from our Superintendent at North Mason:
Our campus went into lockdown this morning.

There was a report that a student possible had a gun. Sherriff’s deputies took the student into custody. We now have a report of an active shooter at Hawkins. Sheriiff’s are on campus.

3. The School Remains on Lockdown

We have not found anyone injured as of now. Still searching. pic.twitter.com/HyMFAwrBtn

Despite the update that this is not an active shooter event, the school remains on lockdown.

4. A Massive Law Enforcement Response Was En Route to the School

Lots of rumors flying around. We have not found any injuries as of now. We are clearing all buildings. pic.twitter.com/gTVOpBiP2P

The massive law enforcement en route to the school have been told to slow. In a tweet, the Mason County Sheriff’s office said that there are multiple agencies at the campus. The message says, “We are clearing the school now.”

5. Police Are Telling Parents to Go to Belfair Elementary

No word yet on any casualties. Parents told to go to Belfair Elem. #komonews has multiple crews on the way to Hawkins Middle School Belfair. pic.twitter.com/W8re8inGmb

Chief Deputy Ryan Spurling told KIRO that law enforcement’s message to parents is for them to “hold tight.” Later, KOMO’s Keith Eldridge reported that parents were being instructed to wait at Belfair Elementary School. 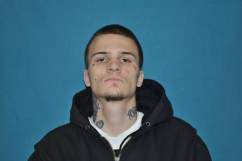 Loading more stories
wpDiscuz
4
0
Would love your thoughts, please comment.x
()
x
| Reply
A student with a gun at a middle school in the town of Belfair led to a lockdown and panic.