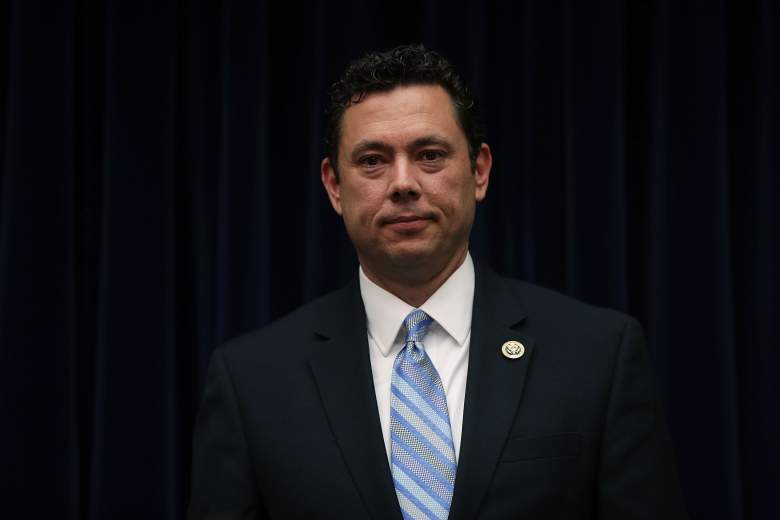 Jason Chaffetz waits for the beginning of a hearing before House Oversight and Government Reform Committee July 7, 2016 on Capitol Hill in Washington, DC. (Getty)

House Oversight Committee Chairman Jason Chaffetz announced on Wednesday that he will not seek re-election. So how much longer does Chaffetz now have as a Congressman? When would his re-election have been held? And what’s next for him?

If Jason Chaffetz were to run for re-election, it would have been in November 2018. Chaffetz’s term will therefore be up in January 2019.

However, things were made complicated when Orrin Hatch recently reversed his pledge to retire after his current term, telling CNN that he plans to run in 2018.

There has also been speculation that Chaffetz might run for governor of Utah. Utah’s gubernatorial election is held in 2020, and Chaffetz told The Atlantic last month in a somewhat joking fashion that he will “definitely maybe” run for governor.

In a Utah Policy Poll conducted in March 2016, Chaffetz was the top choice for governor in 2020, with 25 percent of respondents picking him. The next most popular choice was Democrat Jim Matheson, who earned 24 percent of the vote.

However, in his statement today, Jason Chaffetz specifically ruled out a run for governor, saying he will return to the private sector.

“For those that would speculate otherwise, let me be clear that I have no ulterior motives,” he said on Facebook. “I am healthy. I am confident I would continue to be re-elected by large margins. I have the full support of Speaker Ryan to continue as Chairman of the Oversight and Government Reform Committee. That said, I have made a personal decision to return to the private sector.”

Before coming to serve in the House of Representatives, Chaffetz started a corporate communications and marketing company called Maxtera Utah Inc., and so when he talks of a return to the private sector, he presumably means he will go back to work at this company. Then again, Chaffetz would hardly be the first politician to rule out a political run, only to run for office anyway.

Republican Damian Kidd has already declared that he will run for Jason Chaffetz’s seat in the House of Representatives, having announced this run before Chaffetz said he will not seek re-election.

Read More
Breaking News, Politics
Follow Heavy ↓
House Oversight Committee Chairman Jason Chaffetz announced on Wednesday that he will not seek re-election. When does his term end, and what's next for him?