A third Democratic senator has announced support for Supreme Court nominee Neil Gorsuch, who would need 60 votes to be confirmed if Democrats follow through on a plan to filibuster his nomination.

Senator Joe Donnelly, of Indiana, announced Sunday his decision to back Gorsuch.

“I have said consistently that part of my job is to carefully review, debate, and vote on judicial nominations, including nominees to the Supreme Court,” Donnelly said in a statement. “It is my obligation as Senator to consider the qualifications of each nominee that comes to the Senate floor to determine if he or she can faithfully serve on our nation’s highest court. I take this responsibility very seriously.”

Here’s what you need to know about Donnelly:

1. Donnelly Says He Believes Gorsuch Is a ‘Qualified Jurist Who Will Base His Decisions on His Understanding of the Law’

Senator Joe Donnelly said Sunday he made his decision to back Neil Gorsuch, a federal appeals court judge from Colorado, after a meeting with him.

“After meeting with Judge Gorsuch, conducting a thorough review of his record, and closely following his hearing before the Senate Judiciary Committee, I believe that he is a qualified jurist who will base his decisions on his understanding of the law and is well-respected among his peers,” Donnelly said in a statement.

There are 52 Republicans and 48 Democrats in the Senate, so Republicans would need eight votes from Democrats to confirm Gorsuch. According to CBS News, 37 Democrats have said they will not vote for Gorsuch. Eight remain undecided or his or her intention is not clear, CBS News reports.

Senate showdown over GorsuchSen. Chuck Schumer (D-NY) says the Supreme Court nominee will likely not get 60 votes needed to overrule a filibuster, and Sen. Mitch McConnell (R-KY) says Republicans will change the rules of the Senate to get him confirmed.2017-04-02T19:47:49.000Z

“After considering his record, watching his testimony in front of the Judiciary Committee and meeting with him twice,” Manchin said in a statement. “I will vote to confirm him to be the ninth justice on the Supreme Court. … He has come to his legal rulings objectively, through the letter of the law rather than through his own opinion.”

Heitkamp echoed those thoughts in a statement, saying, “He has a record as a balanced, meticulous, and well respected jurist who understands the rule of law. He has unique and critical experience with tribal sovereignty, Indian law, and public lands issues in the west, and has received the endorsement of numerous tribes and major Native American organizations.”

Like Donnelly, both Manchin and Heitkamp expressed support for Gorsuch, while also saying they were angered by the Republicans’ failure to hold hearings for Judge Merrick Garland.

“That was wrong. That was disgraceful,” Manchin told CNN. “Now (Democrats) think, ‘Okay, that’s how we were treated, so we’re going to treat them the same.'”

Heitkamp said she was “disturbed” by the treatment Garland received.

“Senate Republicans played politics at its worst with an honorable, deeply qualified jurist – arguably the most well qualified nominee in modern history – who had long been supported by Republican and Democratic senators for his unmatched experience,” she said.

2. He’s Been Targeted by Attack Ads Calling for Him to Support Gorsuch, but Has Angered Some Democrats With His Decision

Donnelly, who is up for re-election in 2018, has been targeted by campaign attack ads calling for him to support Gorsuch. He has also seen protesters, including anti-abortion groups, outside his office and calls from state lawmakers to vote for the nominee, while hearing from Democrats who say he could face a primary challenge if he makes the wrong move.

More than $1 million in ads targeting Donnelly were purchased, the Indianapolis Star reports.

Tell Senator Donnelly: Secure Our FreedomsAmerican veterans dedicated our lives to defending the Constitution. Supreme Court nominee Judge Neil Gorsuch respects the rule of law and will protect the freedoms we fought for. Call Senator Donnelly TODAY at (202) 902-6987 and ask him to confirm Judge Gorsuch to the Supreme Court without delay.2017-03-14T09:42:45.000Z

After Donnelly announced his decision to support Gorsuch, some Democrats said they “will not forget” in 2018.

@YerOpinion just found out my SEN @ joe Donnelly just said he's a " yes"! I said he's done now in 2018 ! #we will remember#midterms matter

@thehill Joe Donnelly, Heidi Heitkamp & Joe Manchin are condoning CRAZY!
Make sure their names stay prominently in headlines so they can be voted OUT

3. Donnelly Was Elected to the Senate in 2012 Over a Tea Party Candidate Who Had Defeated 6-Term Incumbent Dick Lugar

Donnelly was elected to the Senate in 2012, defeating Republican nominee Richard Mourdock, then the Indiana State Treasurer and a favorite of the Tea Party, by six points Mourdock had defeated six-term incumbent senator Richard “Dick” Lugar in the Republican primary.

He has been called a moderate to conservative Democrat, and has sided with Republicans on some economic and social issues, including abortion, which he says has made him a target from both sides.

“I just keep my head down and work,” he told the newspaper. “I’m not a screamer. I just love to do stuff.”

4. He Was a Member of the ‘Blue Dog Coalition’ During His 3 Terms in the House

Donnelly served in the House of Representatives for three terms, representing Indiana’s 2nd District, from 2007 to 2013, when he was elected to the Senate.

While in the House, Donnelly was a member of the Blue Dog Coalition, a group of moderate Democrats.

“Rep. Donnelly’s willingness to work across the aisle to affect positive change for America’s small business owners is a shining example of what Blue Dogs are able to accomplish in a Congress previously marked by partisan bickering,” Rep. Mike Ross, Blue Dog Co-Chair for Communications, said in 2007. “Rep. Donnelly has already demonstrated his commitment to fiscal responsibility and, together with his colleagues in the Blue Dog Coalition, will continue to take the necessary steps to reduce the nearly $9 trillion national debt crippling our economy.”

Donnelly voted against Democratic spending packages and was called one of the top 10 most independent Democrats in Congress in 2007 by Congressional Quarterly, according to a press release.

“Hoosiers sent me to Congress to do right by the people of northern Indiana,” Donnelly said in 2007. “While I am proud to call myself a Democrat because of our commitment to working families, my top loyalty is to the people who sent me here. Hoosiers have always been able to work together to get the job done and do what’s right and I believe it’s in the best interests of American people for members of Congress to take the same approach.”

According to Congressional Quarterly, Donnelly voted against providing federal funding for stem cell research and a Democratic budget proposal.

“He has continuously voted to provide funding for troops in harm’s way and strengthen ethics reform. Opposed to amnesty for illegal immigrants, Donnelly believes it is important to hold employers accountable when they break the laws and strengthen security at the borders,” the press release siad.

5. He Grew Up in New York & Has Lived in Indiana Since He Was an Undergrad at the University of Notre Dame

Donnelly, 61, was born in Massapequa, New York, on the South Shore of Long Island, and moved to Indiana in 1973, when he was an undergrad at the University of Notre Dame, according to the Indianapolis Star.

He graduated with a degree in government in 1977 and then went on to law school at Notre Dame, graduating in 1981. He practiced law at Nemeth, Feeney and Masters in South Bend until 1996, when he opened Marking Solutions, a printing and rubber-stamp company, in Mishawaka, Indiana, where he lives.

Donnelly met his wife, Jill, at Notre Dame, according to his biography on the Senate website. They have two children, Molly and Joe Jr.

Along with his involvement in politics, Donnelly has been active in his Catholic church, St. Anthony de Padua. He served on the school board for Mishawaka Marian High School from 1997 to 2001. 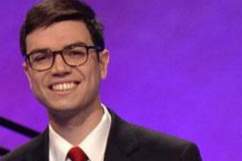