Watch a portion of the controversial commercial in the video above.

Jenner’s Pepsi ad has since been pulled been pulled due to “missing the mark.” The company issued a statement April 5 acknowledging that it wasn’t the best idea.

Pepsi has announced that they're pulling the controversial Kendall Jenner ad: pic.twitter.com/45gUpuxI2P

The commercial, titled “Live For Now Moments Anthem,” shows a large protest of people of all walks of life marching down the street for an unknown cause while the model/reality TV star sits in a doorway modeling with blonde hair. An Asia man and an Indian woman are shown in their respective apartments playing music and reviewing photographs while drinking a Pepsi.

The song “Lions” by Skip Marley is playing over the ad as a curious Jenner looks on. As the protest moves past the doorway Jenner is modeling in, she takes note, removing her blonde wig, smearing her makeup and joining the group along with the aforementioned woman and man.

As the hundreds of protesters approach a line of police officers, everybody stops as Jenner emerges from the group with her very own can of Pepsi. She is encouraged by those in attendance, getting a fist bump from one protester before moving toward a police officer and offering him a can of soda.

The officer takes the soda with a smile, popping open the tab. As soon as he does so, the entire crowd rejoices as if the problems they were protesting against have all been solved by Jenner and the Pepsi.

So far, the response from the ad has been very poor.

The Washington Post broke the commercial down second-by-second and called the ad “tone deaf.”

Pepsi released a statement later in the day April 4, saying that the advertisement isn’t only intended for U.S. viewers. Instead, it’s aimed at reaching those across the globe in an effort to portray coming together in harmony.

Here's a statement I just got from Pepsi about their Kendall Jenner joins the resistance ad (story coming shortly on @Adweek dot com): pic.twitter.com/XIKDypVpvb

On Twitter, people took aim at the ad, saying that it’s extremely insensitive and a cheesy way to portray the issues facing our country. Here are a few of the tweets about the spot’s portrayal:

A Hollywood Director Called It the Worst He’s Ever Seen

I've been studying commercials for 30 years. Kendall's Pepsi ad is legitimately the worst one I've ever seen.

The Carefully Thought Out Sayings & Phrases In the Ad Were Mocked

I wish Eric Garner knew all he needed was a Pepsi. Smh 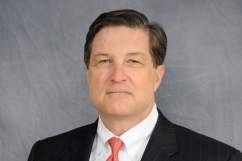 Read More
Commercials, Kendall Jenner, Pepsi
wpDiscuz
5
0
Would love your thoughts, please comment.x
()
x
| Reply
A commercial by Pepsi features Kendall Jenner modeling and joining a protest before making peace with police officers with a can of soda. Watch the full video.