While President Donald Trump nears his first 100 days in office, his predecessor, President Barack Obama, is just getting back into the spotlight after a three-month vacation. Today, Obama gave his first public remarks since leaving office. He spoke in his hometown Chicago, with a group of young civic leaders. The event, hosted by the University of Chicago at the Reva and David Logan Center for the Arts, can be seen above.

Back on April 21, Obama’s office announced that he would be taking part in a conversation today with youth leaders about community organizing and civic engagement. These will also be Obama’s focuses since leaving the White House. Audience tickets were distributed via invitation only, but UChicago has made the event available online.

During his remarks, Obama focused on his own future and avoided talking about Trump.

Obama also told the audience that his work as a community organizer was important to his career in politics. Working in a community “taught me that ordinary people, when working together, can do extraordinary things.”

“The president and Mrs. Obama look forward to working with similar organizations through the Obama Foundation and the My Brother’s Keeper initiative that are already committed to bringing much needed expansion of opportunities in Chicago neighborhoods,” Obama spokesman Kevin Lewis told CBS News. 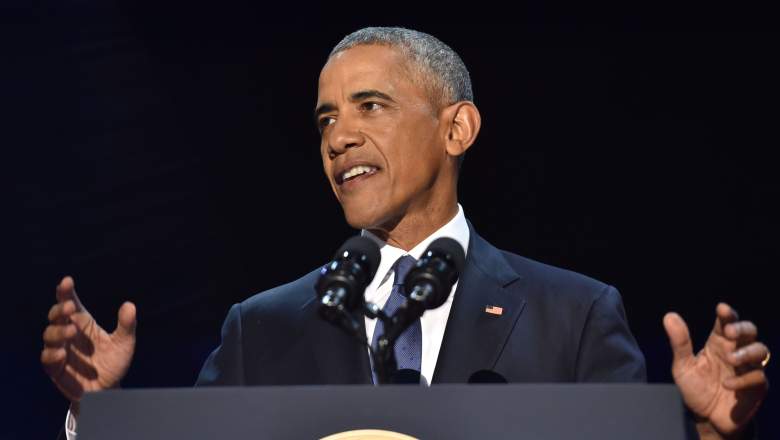 Although this is Obama’s first speech since leaving Washington, it’s not the first time we’ve heard from him since January 20. Ten days after leaving office, Obama made the unprecedented decision to comment on Trump’s first immigration executive order and the protests that followed.

“President Obama is heartened by the level of engagement taking place in communities across the country,” Obama’s spokesman said in a statement on January 30. “In his final speech as President, he spoke about the important role of [the] citizen and how all Americans have a responsibility to the guardians of our democracy — not just during an election but every day.”

Obama’s spokesman also said that the former president “fundamentally disagrees with the notion of discriminating against individuals because of their faith or religion.”

On February 28, Obama and former First Lady Michelle Obama also signed a book deal with Penguin Random House, The Guardian reported. Although the financial terms weren’t disclosed, the Financial Times reported that the bidding reached over $60 million, which sets a record for presidential memoirs.

The books will focus on the Obamas’ White House years. Obama has already written two books – 2004’s Dreams from My Father: A Story of Race and Inheritance and 2007’s The Audacity of Hope: Thoughts on Reclaiming The American Dream. 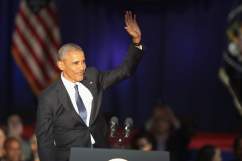 Loading more stories
wpDiscuz
2
0
Would love your thoughts, please comment.x
()
x
| Reply
Barack Obama spoke to young men and women at the University of Chicago today in his first speech since leaving the White House. Watch a live stream here.