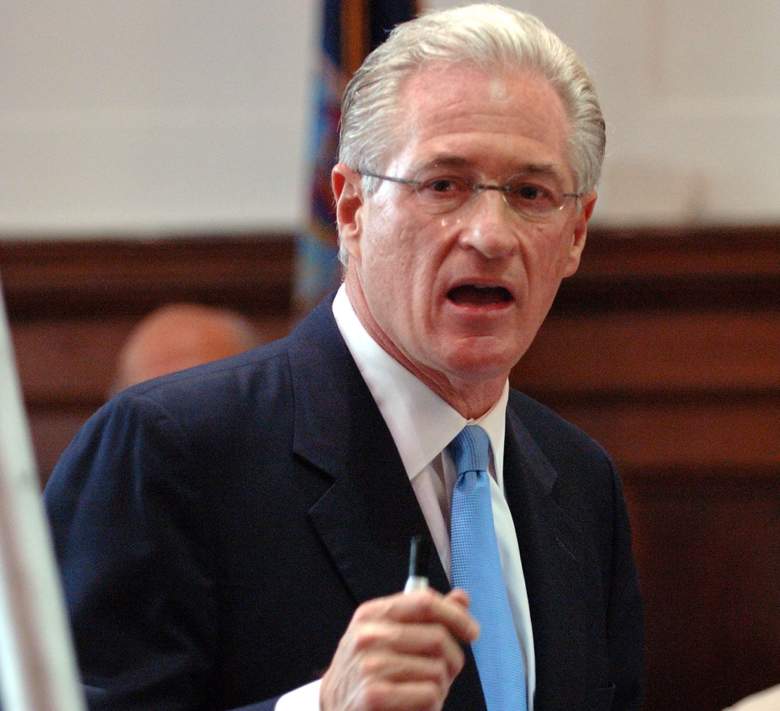 New York Magazine reported on Wednesday morning that Fox News executives have officially decided that O’Reilly will not return to the network and are interviewing replacements. Kasowitz says that O’Reilly is the victim of a character assassination campaign.

Marc Kasowitz works for the law firm Kasowitz, Benson, Torres & Friedman, and he has represented a number of other high profile clients. According to the ABA Journal, Kasowitz typically charges $1,500 an hour for his work.

So who is Marc E. Kasowitz, the lawyer for Bill O’Reilly? Here’s what you need to know.

1. He Has Represented Donald Trump For Over 15 Years 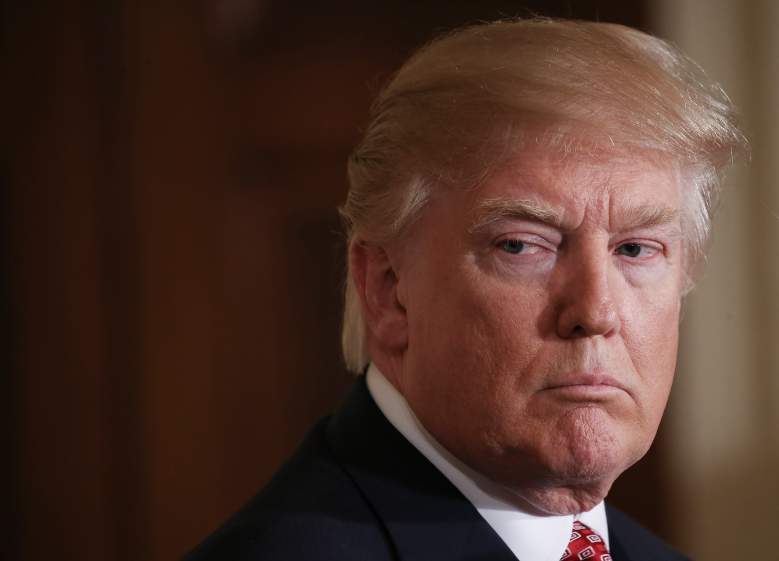 One of Marc Kasowitz’s other famous clients is President Donald Trump himself.

In 2006, Kasowitz filed a defamation lawsuit against an author who had alleged that Donald Trump’s net worth is less than $1 billion, according to the Wall Street Journal. Kasowitz also worked on a Trump University fraud case and worked to keep Trump’s divorce records sealed.

“Like his prominent client, Kasowitz cuts a complex profile,” The Wall Street Journal reports. “He has earned the respect of clients for his willingness to take difficult cases other lawyers won’t touch, and the animosity of adversaries and former colleagues who have disagreed with him. He also, like Mr. Trump, engenders strong loyalty from longtime friends and partners.”

The Wall Street Journal described Marc Kasowitz as Donald Trump’s “go-to” lawyer. Kasowitz was happy with this characterization, featuring the article on his website. 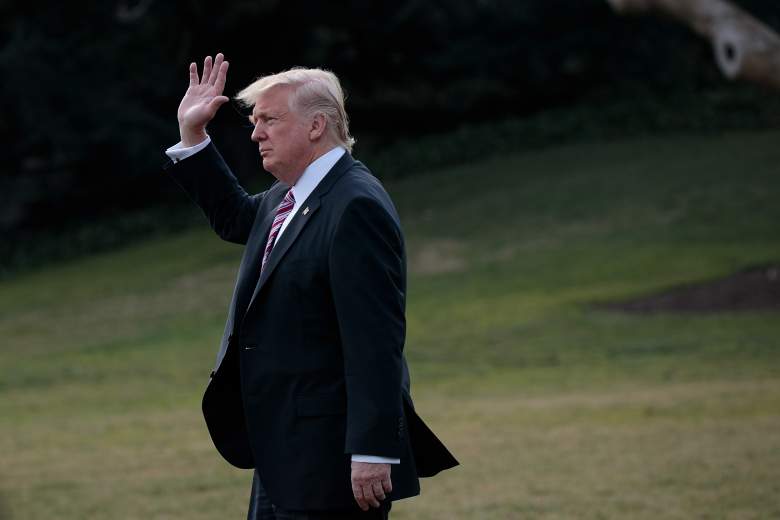 A high profile case in which Marc Kasowitz represented Donald Trump came in 2016, when Trump threatened to sue The New York Times for publishing a story alleging that Donald Trump had groped a number of women over the course of several decades.

In a letter to The New York Times, Kasowitz said that the Times’ report was reckless, defamatory, and libelous.

“It is apparent from, among other things, the timing of the article, that it is nothing more than a politically-motivated effort to defeat Mr. Trump’s candidacy,” Kasowitz said in the letter. “That is why you apparently performed an entirely inadequate investigation to test the veracity of these false and malicious allegations, including why these two individuals waited, in one case, 11 years, and, in another case, more than three decades, before deciding to come forward with these false and defamatory statements.”

Kasowitz went on to say that The New York Times is willing to provide a platform to anyone who wants to smear Donald Trump and that if the Times does not retract and apologize for the story, Trump will be forced to pursue legal action.

The New York Times defended the story and said they would not apologize or issue a retraction.

“We did what the law allows,” an attorney for The New York Times said. “We published newsworthy information about a subject of deep public concern. If Mr. Trump disagrees, if he believes that American citizens had no right to hear what these women had to say and that the law of this country forces us and those who would criticize him to stand silent or be punished, we welcome the opportunity to have a court set him straight.

Trump did not end up bringing a lawsuit against The New York Times.

3. Another One of His Clients Is the Largest Bank in Russia

Another one of Marc Kasowitz’s clients is Russia’s largest state-run bank.

In March 2017, OJSC Sberbank of Russia named Kasowitz its lead attorney, according to BuzzFeed News. This is in a case in which the bank is accused of conspiring with a granite company to kill off its primary competitor.

This lawsuit was filed in late November in the Southern District of New York but was unsealed in January.

4. His Former Partner Is Now the U.S. Ambassador to Israel 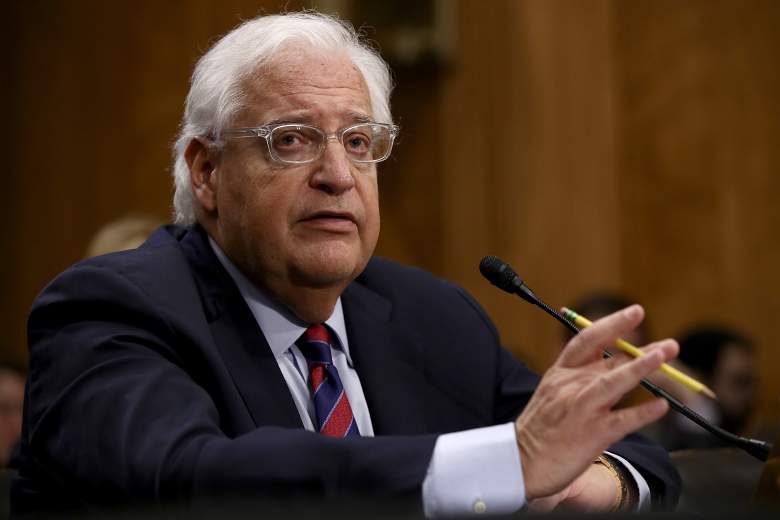 David Friedman testifies on his nomination to be the U.S. ambassador to Israel before the Senate Foreign Relations Committee February 16, 2017 in Washington, DC. (Getty)

A former member of Marc Kasowitz’s law firm is now a part of the Trump administration.

Kasowitz’s law firm is Kasowitz, Benson, Torres & Friedman, and the “Friedman” is David M. Friedman. In 2016, Donald Trump announced that Friedman was his nominee for ambassador to Israel.

Freidman’s nomination was controversial, especially after he said that the Trump administration would be open to Israel annexing parts of the West Bank.

In March 2017, David Freidman was confirmed by the Senate in a vote that mainly occurred by party lines; only two Democrats voted to confirm him.

5. He Has Compared the O’Reilly Scandal to McCarthyism 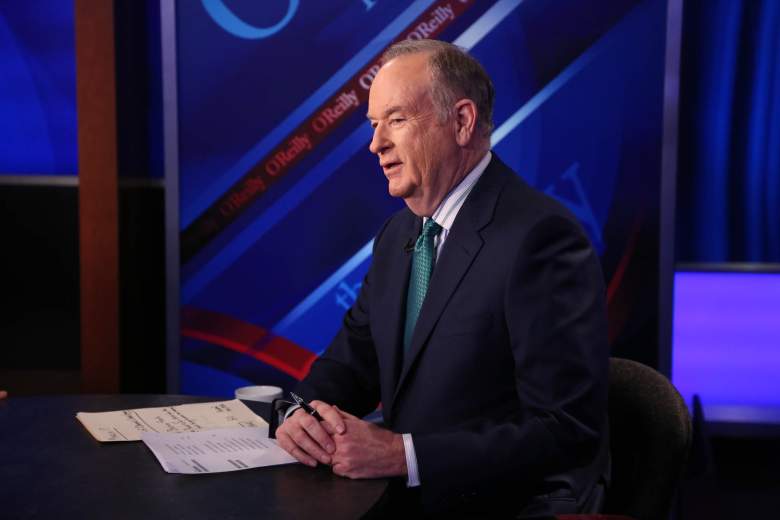 In recent days, Marc Kasowitz has said that his client Bill O’Reilly is the victim of character assassination and he has compared the situation to McCarthyism.

According to NBC News, Kasowitz said in a statement on Tuesday that O’Reilly “has been subjected to a brutal campaign of character assassination that is unprecedented in post-McCarthyist America. This law firm has uncovered evidence that the smear campaign is being orchestrated by far-left organizations bent on destroying O’Reilly for political and financial reasons.”A

Kasowitz ended his statement by saying that this “irrefutable evidence” will be put forward soon.