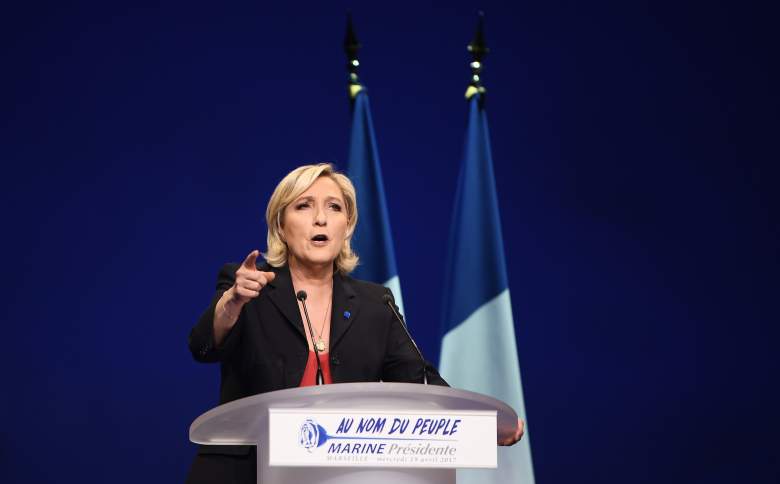 Marine Le Pen may become the next president of France.

Le Pen is one of 11 candidates in the 2017 French presidential election, and she is currently second in the polls behind Emmanuel Macron, a left-leaning centrist. With April 23rd’s election, if no candidate reaches 50 percent of the vote – and no candidate is likely to – the first and second place winners will face off head-to-head in a run-off election on May 7th. Based on recent polls, it looks like this run-off will be between Emmanuel Macron and Marine Le Pen.

Marine Le Pen has been compared to Donald Trump; they are both populist candidates who have rallied supporters with far-right, nationalistic language, promising to keep the country free of illegal immigrants and protect citizens from terrorism.

So what exactly has Marine Le Pen said about the biggest issues of today? What are her policy positions, and how often do they line up with that of Donald Trump? Here’s what you need to know.

1. She Promises to Remove Illegal Immigrants From the Country 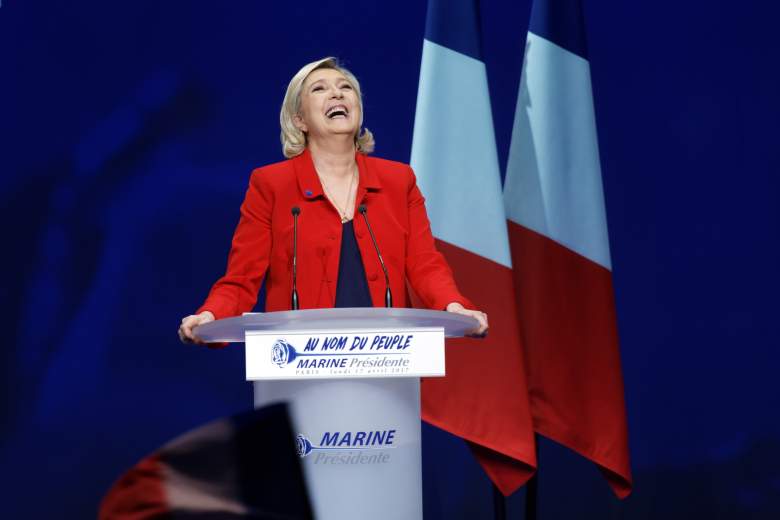 Marine Le Pen delivers a speech during a campaign rally at Zenith on April 17, 2017 in Paris, France. (Getty)

During her campaign, Marine Le Pen has promised to keep France French and prevent foreigners from flooding the country.

“Just watch the interlopers from all over the world come and install themselves in our home,” she said in a recent speech, according to The New York Times. “They want to transform France into a giant squat. But it’s up to the owner to decide who can come in. So, our first act will be to restore France’s frontiers.”

Le Pen went on to say that France is being transformed by immigrants and that she wants to put a stop to this.

“Will we be able to live much longer as French people in France, while entire neighborhoods are being transformed?” Le Pen said. “It is right for us not to want our country transformed into a mere corridor, a giant railway station.”

More concretely, Le Pen has promised to expel illegal immigrants from the country, saying that they have “have no reason to stay in France, these people broke the law the minute they set foot on French soil,” according to BBC. 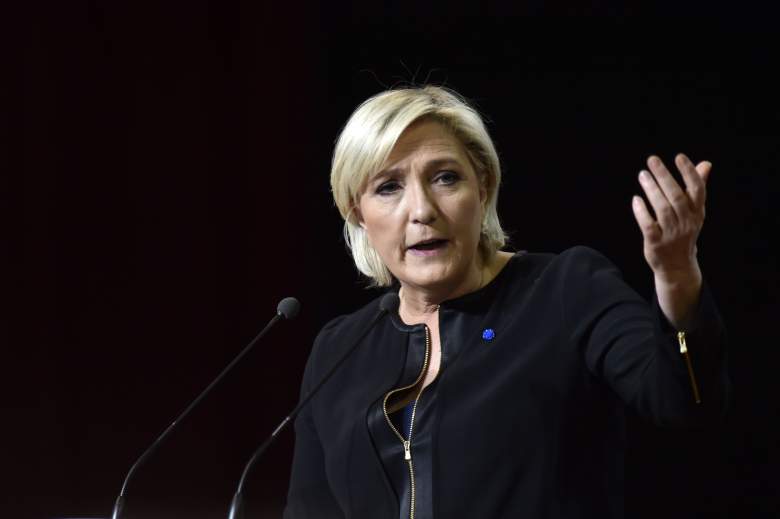 During his campaign, Donald Trump mainly focused on illegal immigration, promising to deport those who are undocumented from the United States. But Marine Le Pen has also spoken negatively of legal immigration.

Le Pen believes that French citizenship should be “either inherited or merited,” adding that France needs to “reduce immigration to its strict minimum,” according to BBC.

Specifically, Le Pen has promised to reduce net migration to 10,000 people per year, according to The Independent. That’s a reduction of 80 percent. She also wants to hit any company that hires foreign workers with a 10 percent tax and freeze long-term visas.

This moratorium would not apply to tourist visas and student visas.

“Mass immigration is not an opportunity for France, it’s a tragedy for France,” Le Pen said in a recent speech.

3. She Says She Will Ban Symbols of Religion in Public 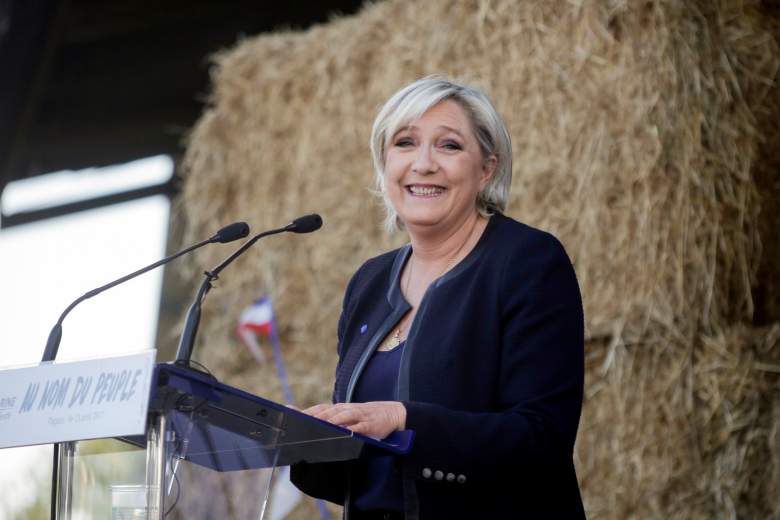 Marine Le Pen delivers a speech during a campaign rally at the Puybonnieux farm in Pageas, near Limoges, on April 13, 2017. (Getty)

Marine Le Pen has said that she will ban people from wearing symbols of religion in public, including headscarves and yarmulkes.

“I’m opposed to wearing headscarves in public places,” she told CBS. “That’s not France. There’s something I just don’t understand: the people who come to France, why would they want to change France, to live in France the same way they lived back home?”

When asked whether a Sikh would be allowed to wear a turban, Le Pen said that they would not.

“No, not in public,” she said. “We don’t have a lot of Sikhs in France. We’ve got some. But we don’t really hear much from them or about them. Which is good news.”

However, Le Pen went on to say that she is not waging a religious war.

“It’s clear that in France, everyone has the right to practice their religion, to worship as they choose,” she said.

Marine Le Pen has praised President Donald Trump’s travel ban, suggesting that she is open to something similar in France.

“It is a temporary measure,” she told CNN. “It targets six or seven countries, countries that of course are responsible for terrorist threats. So I think Donald Trump and his intelligence services wanted to set up criteria and conditions to avoid having potential terrorists enter the United States, where they might commit attacks, the same way that France was the victim of attacks.”

Steeve Briois, a member of Marine Le Pen’s campaign, said that Le Pen’s administration would be open to a Muslim ban.

“And why not?” Briois said, according to The Washington Post. “We are no longer in the world of the Care Bears. We are in a horrible world, so sometimes you have to take measures of authority, even if it shocks.”

4. She Wants to Renegotiate With the European Union & Possibly Withdraw From It 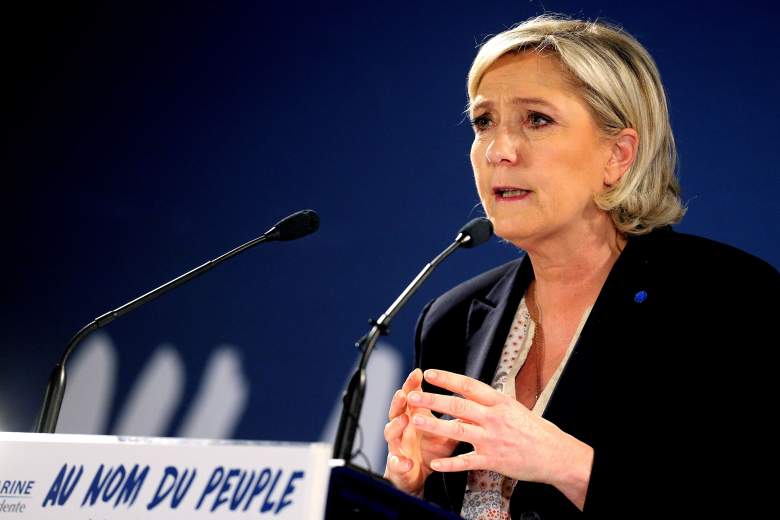 Marine Le Pen has promised to renegotiate France’s relationship with the European Union.

If certain changes are not made so that France regains its sovereignty, Le Pen recommends withdrawing from the EU and rejecting what she calls the tyranny of globalization.

“If I am voted in, I will announce that a referendum will be held in six months time,” Le Pen recently said in an interview, according to The Independent. “I will spend those six months going to the European Union and telling them: ‘I want the French people to regain at least their territorial sovereignty because I want to control the borders – they don’t belong to you.’”

Recently, Le Pen was interviewed on television and insisted that a European Union flag be removed from the studio before the interview begin, according to Politico. Le Pen later explained that she did this because the EU “did great harm” to France.

5. She Wants to Cut Taxes & Lower the Retirement Age 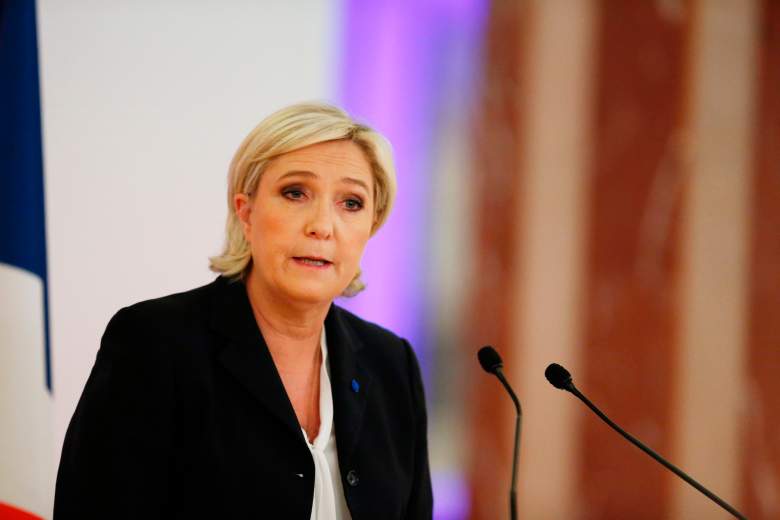 When it comes to the economy, Marine Le Pen has promised to cut taxes.

According to Reuters, in a detailed list of 144 proposals released earlier this year, Le Pen said that she will cut income taxes by 10 percent for the three lowest revenue bands. She also said she will cut payroll taxes and the corporate tax rate for small and medium sized businesses.

In addition, Le Pen wants to keep the working week at 35 hours, make overtime pay tax free, and lower the retirement age from 62 to 60. Finally, she wants to increase welfare benefits.

These last few proposals appeal to France’s center left, and they stand in contrast with the proposals of some of the other nominees like François Fillon, who has said he will eliminate the 35-hour work week, according to The Atlantic.

On the other hand, Le Pen has also promised not to provide basic healthcare to undocumented immigrants.

Loading more stories
wpDiscuz
6
0
Would love your thoughts, please comment.x
()
x
| Reply
Marine Le Pen may become the next president of France. So where does she stand on the big issues? What are her policy proposals?