Zach Peters, the 23-year-old man who shot and killed three teen-aged burglars who invaded his family’s Broken Arrow, Okla., home, won’t face any charges in the boys’ deaths, according to the Wagoner County district attorney’s office.

Meanwhile, Elizabeth Rodriguez, 23, who allegedly drove the teens to the house and planned to be their getaway driver, has been charged with 3 counts of murder as well as two felony burglary charges. She is being held without bond until a scheduled April 5 court appearance.

BREAKING: The shooter, Zachery Peters, was justified in his shooting and followed Oklahoma Stand Your Ground law. @KJRH2HD

Shooting Was Justifiable Under Oklahoma Statute

“It is the opinion of this office that Zachery Peters acted justifiably and in accordance with his rights as an Oklahoma citizen when he used deadly forced to defend his home from the first degree burglary perpetrated by Maxwell Cook, Jaykob Woodriff, and Jacob Redfern, and allegedly Elizabeth Rodriguez.”

Thorp, in his statement, cited an Oklahoma statute – also known as the “Make My Day Law” – that allows the use of physical or deadly force against intruders in homes or businesses.

Sheriff Elliott: We support citizens' right to bear arms. We hate to see it in county, but we want residents to protect themselves. @KJRH2HD

The home invasion happened on March 27, when the three teens – Cook, 19, Redfern, 17, and Woodriff, 16 – reportedly entered the Peters home for the second time that day.

They had allegedly burglarized a detached garage the same morning, taking electronics and liquor, according to Wagoner County Sheriff Chris Elliott.

It was about 12:30 p.m. when they returned, according to Elliott, who said they wore masks, hoodies, and gloves. Two of the boys were armed, one with brass knuckles and another with a fixed-blade knife.

Peters reportedly heard the trio breaking through a glass door in the back of the house, where he lived with his parents.

He reportedly confronted the boys in a hallway, where they exchanged words, before Peters opened fire on them. At 12:44 p.m., he called 911 to report the incident to police.

In a press conference, Elliott said Broken Arrow police arrived four minutes later, and found one of the boys dead in the driveway and the other two, also deceased, in the home’s kitchen.

Elliott said that a short while later, Rodriguez, of Collinsville, Okla., was arrested after she went to the police department to give them information about the alleged burglary attempt. 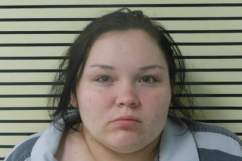 Peters attends Tulsa Community College, where he is a sophomore studying for a criminal justice degree. He works as an crew scheduler for a local airline.

Loading more stories
wpDiscuz
1
0
Would love your thoughts, please comment.x
()
x
| Reply
Zachery Peters, the Oklahoma man who shot and killed 3 teenagers who burglarized his home, acted justifiably under the state's 'Stand Your Ground' law, according to law enforcement officials.