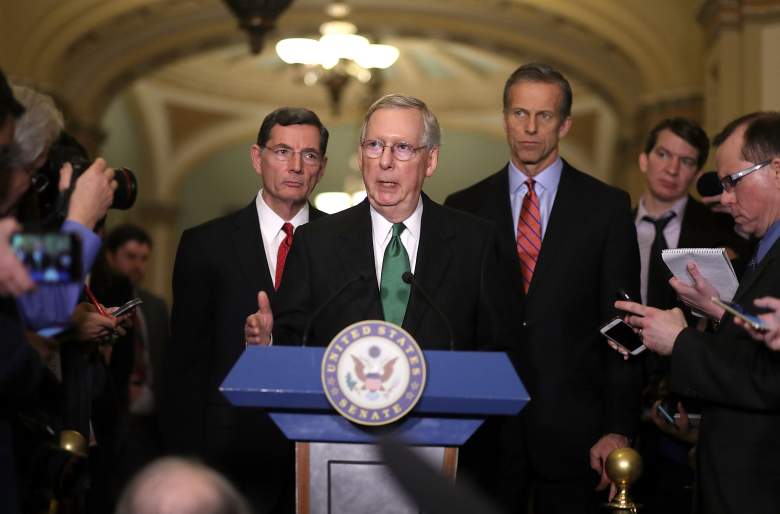 Although he won’t have the 60 votes needed, it seems almost assured that President Donald Trump‘s nominee to the U.S. Supreme Court Neil Gorsuch will be confirmed by the Senate before the week is over.

That’s because of a historic “nuclear option” tactic that figures to be utilized by Senate Majority Leader Mitch McConnell on Thursday.

There’s been a lot of talk about utilizing the option despite Democrats’ wishes, so what exactly is it?

Simply put, the “nuclear option” is a permanent change to the Senate rules that allows for a simple majority of 51 votes to be required for confirmation instead of 60, the supermajority typically needed to pass legislation.

If McConnell utilizes the option during the Senate’s hearing, it will be immediately put to the full Senate for a vote and would likely put an end to the Democrats’ plan to filibuster the Gorsuch vote.

It wouldn’t be the first time the “nuclear option” was used, however. In 1917, the option was first utilized to amend filibuster rules in the Senate and then again in 1975.

It was last used in 2013, when Sen. Harry Reid and Senate Democrats used it to get rid of filibusters for nominations to the executive branch and federal judicial appointments — except those to the Supreme Court.

Reid moved the option to vote, and it passed 52-48 with all Republicans dissenting along with three Democrats. It officially ruled that “the vote on cloture under rule XXII for all nominations other than for the Supreme Court of the United States is by majority vote.”

While the Senate rule was never actually changed, it established precedent to eliminate the use of a filibuster. Senate Democrats cited Republicans blocking three of President Barack Obama‘s nominations to the U.S. Court of Appeals for having to use the tactic.

When Reid and the Democrats did so in 2013, the Republicans weren’t thrilled with the utilization of the tactic. In fact, McConnell himself was furious.

After the vote was passed, he accused the Democrats of limiting the power of the minority in the Senate.

“I don’t think this is a time to be talking about reprisal,” he said. I think it’s a time to be sad about what has been done to the United States Senate.” 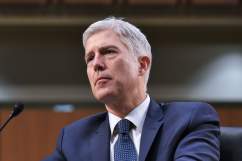 Read More
Politics, Senate, Supreme Court
Follow Heavy ↓
Despite not having the 60 votes, it's almost assured Neil Gorsuch will be confirmed into the Supreme Court. That's thanks to a "nuclear option" in the Senate.