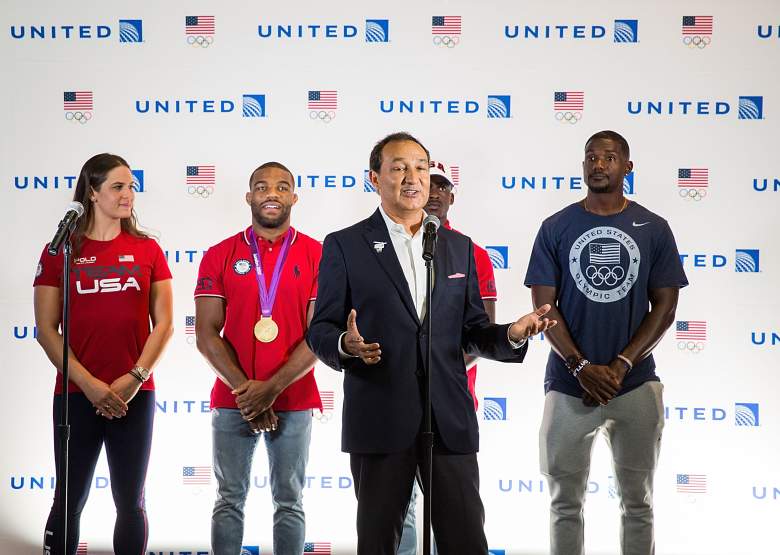 Oscar Munoz celebrates Team USA as over 85 U.S. athletes get ready to board their flight at George Bush Intercontinental Airport in Houston, Texas on August 3, 2016. (Getty)

Oscar Munoz is the CEO of United Airlines who is in the news this week after a scandal involving the airline forcibly removing a passenger from a flight.

On Monday, a video went viral that depicts a man being dragged off a United Airlines flight by a police officer. According to The New York Times, the flight was overbooked, and so four passengers were selected to be bumped off the plane. The other three left on their own, but the Chicago Police Department was called when the fourth man would not leave.

United soon released a statement saying that this was an upsetting event, but some criticized Oscar Munoz for characterizing what happened as United having to “re-accommodate” customers.

“This is an upsetting event to all of us here at United,” Munoz said in the statement. “I apologize for having to re-accommodate these customers. Our team is moving with a sense of urgency to work with the authorities and conduct our own detailed review of what happened. We are also reaching out to this passenger to talk directly to him and further address and resolve this situation.”

According to CNBC, Munoz also sent out a letter to employees on Monday evening standing with them while saying that a number of mistakes were made.

“Our employees followed established procedures for dealing with situations like this,” he said in the letter, according to CNBC’s Ryan Ruggiero. “While I deeply regret this situation arose, I also emphatically stand behind all of you, and I want to commend you for continuing to go above and beyond to ensure we fly right.”

On Tuesday, Munoz released a second statement, this one much more apologetic.

“The truly horrific event that occurred on this flight has elicited many responses from all of us: outrage, anger, disappointment,” he said, according to NBC News. “I share all of those sentiments, and one above all: my deepest apologies for what happened. Like you, I continue to be disturbed by what happened on this flight and I deeply apologize to the customer forcibly removed and to all the customers aboard. No one should ever be mistreated this way.”

So who is Oscar Munoz, the CEO of United Airlines? Here’s what you need to know. 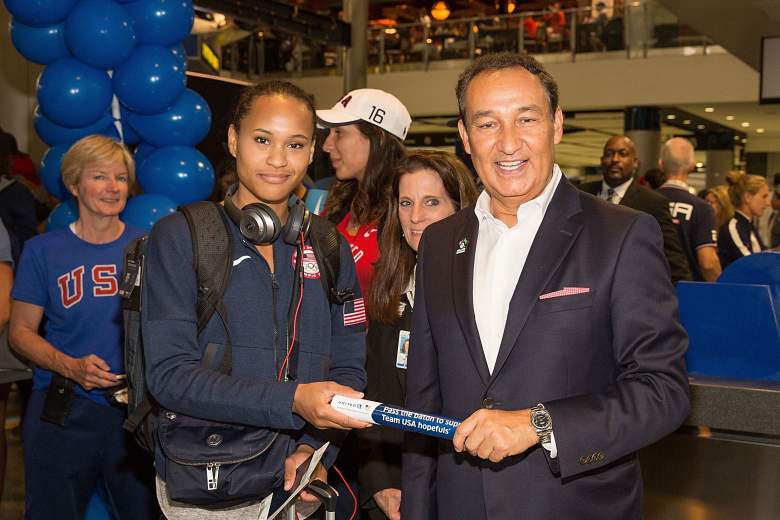 Oscar Munoz became the CEO of United Airlines in 2015. At the time that he was appointed, Munoz had been a member of United Continental Holdings’ Board of Directors for five years. He joined when United and Continental merged in 2010.

Munoz took over after the previous CEO, Jeff Smisek, resigned. Smisek was being investigated for allegedly attempting to influence officials at the Port Authority of New York and New Jersey, and this lead to his resignation. He did not end up being charged with a crime.

When he was named CEO of United Airlines in 2015, Munoz had never worked for United, nor had he worked for any airline before. He had been the CEO of CSX Corporation, a railroad company.

2. He Comes From a Mexican-American Family & Was the First in His Family to Graduate College

According to Forbes, Oscar Munoz is the oldest of nine children in a Mexican-American family and was born in California.

Munoz was also the first member of his family to graduate college. He earned his BS in business at the University of Southern California and his MBA from Pepperdine University.

“We helped change the expectation of education in my family,” Munoz told Apex. “I am a first-generation college graduate, and I’m proud to say that most of my other siblings have college degrees as well. Our parents taught us to work hard and never forget our family roots, where we came from, and how much effort it took to get to where we are today.”

Hispanic Business Magazine has named Munoz one of the 100 most influential Hispanics, according to the Latin Post.

“Our parents taught us to work hard and never forget our family roots, where we came from, and how much effort it took to get to where we are today,” Munoz told Hispanic Business Magazine, according to Forbes.

In October 2015, a month after he began his new job as CEO of United Airlines, Oscar Munoz suffered a heart attack.

The Huffington Post later reported that Munoz was extremely stressed leading up to this incident and that he had just finished exercising when it happened.

According to Fortune, Munoz had no family history of heart disease, and he had undergone frequent checkups that showed no sign of any issues with his heart. He underwent open heart surgery in October and three months later, in January 2016, he received a heart transplant on his birthday. The operation took eleven hours.

Just two months after the operation, Munoz returned to work.

“What impressed us was that he put his life at risk to lead United,” Ed Shapiro of PAR Capital told Fortune. “He chose to come back when it would have been easy to say, ‘I had a life-threatening issue, so I won’t be coming back’ to this incredibly stressful job.”

According to Salary.com, Oscar Munoz makes about $6.7 million per year.

According to the Chicago Tribune, Oscar Munoz and his wife, Cathy, live in a three bedroom condo that cost $3.5 million and which had previously been sold by Oprah Winfrey.

5. He Received an Award for Communicator of the Year From PR Week Last Month 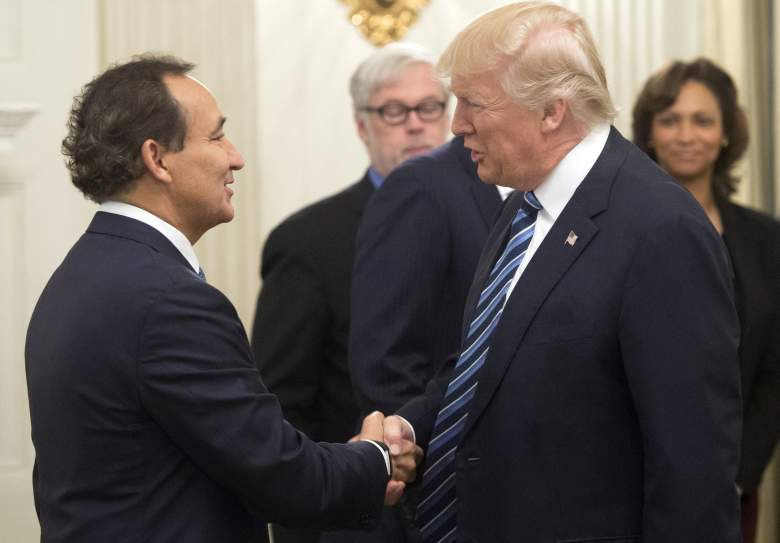 Donald Trump shakes hands with Oscar Munoz during a meeting with airline industry executives in the State Dining Room of the White House in Washington, DC, February 9, 2017. (Getty)

Oscar Munoz was recently named the communicator of the year by PR Week.

Upon announcing Munoz as the recipient of this award, PR Week said that Munoz has “shown himself to be a smart, dedicated, and excellent leader who understands the value of communications. His ability to connect and share with employees his vision for the airline, and get them to rally behind it, is a key reason PRWeek named him 2017 Communicator of the Year.”

In a statement, United said that Munoz’s selection was proof that his communication strategy has been working.

“Since taking the reins of United in late-2015, Munoz’s communication strategy has been based, in part, on speaking openly and honestly about improving the airline while inviting customers and employees to contribute their ideas on how the company could better serve them,” United in a statement. “So far the results have confirmed that he’s on the right track: through the end of 2016, United boasted record-breaking on-time performance and has seen its customer satisfaction scores climb.”

Loading more stories
wpDiscuz
22
0
Would love your thoughts, please comment.x
()
x
| Reply
Oscar Munoz is the CEO of United Airlines who has responded to the incident surrounding a man being forcibly removed from a flight.