Four people – including the suspect – were shot when a gunman entered an elementary school in San Bernardino and opened fire in a classroom Monday.

Police and other emergency responders were called to North Park Elementary School about 10:25 a.m. and responded within seven minutes. The area remains shut down as police investigate the shooting.

There were multiple victims in the shooting and residents nearby the school were urged to shelter in place while the situation unfolded and emergency units gained control of the situation.

Almost two hours after police responded to the scene, they reported that there is no further threat to the surrounding area, the police chief said.

The suspect has since been identified as Cedric Charles Anderson of Riverside, California.

Anderson was a self-described pastor and maintenance technician with a military background, Daily Mail reported.

1. Two Adults Were Killed, Including the Shooter, While 1 Student Were Also Killed & Another Was Hospitalized Police Say

Law enforcement officials in San Bernardino said that there were four victims in the shooting. Anderson and his newlywed wife, Karen Smith, were found deceased inside the classroom, while two juvenile students were also hit by gunfire and transported to a hospital.

One of the students, identified by authorities as 8-year-old Jonathan Martinez, succumbed to his injuries and died at the hospital.

There was a joint response from school police and the San Bernardino PD at the scene, which garnered a massive response from authorities. Berguan said that the shooting is believed to have happened in a multi-grade classroom at the school.

Police said that Anderson was visiting Smith, a teacher at the school. It appeared that his handgun was concealed upon entering North Park.

At a press conference, San Bernardino Mayor R. Carey Davis said that he received a call from Deputy Assistant to the President David Cattler to express President Donald Trump‘s sympathy and offer an necessary resources to assist in the investigation. 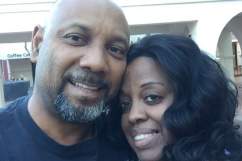 2. Authorities Confirmed That the Situation Appears to be a Murder-Suicide

Burguan indicted that the first reports showed that the shooting was a suspected murder-suicide stemming from a domestic incident.

At a press briefing, officials added that Anderson was found dead with what appeared to be a self-inflicted gunshot wound. There was no prior information known that would have “raised suspicion” to police.

Police said the children struck by gunfire weren’t targeted in the shooting and it was limited to a lone classroom. Instead, the juveniles were struck and injured by gunfire due to their proximity to the incident. Their identities have not yet been released by police.

Additional details on a clear motive were not yet provided by authorities. 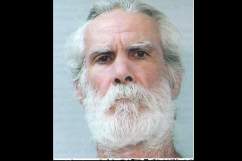 3. Students at North Park Were Taken to a High School & People at Cal State University San Bernardino Were Ordered to Shelter in Place

All of the students at North Park were taken to Cajon High School – less than 1 mile away – for safety as police continued their investigation of the scene, Burguan said.

News helicopters caught images of the student body walking through a parking lot and grassy area at the school holding hands on their way to Cajon.

Parents of children attending the school were standing nearby awaiting to be reunited with their children. One mother said she was unaware of the details on the incident, only being alerted that there was something going on at the school that needed her attention.

“I just want to hold him.” Parent anxiously awaits news about her son after shooting at San Bernardino school. https://t.co/vpY40oA1DI pic.twitter.com/VGjU8WsPcs

At the press briefing, authorities said that connecting students with their parents could take up to three hours because witnesses may need to be interviewed by police.

In addition, students and faculty members at nearby Cal State-San Bernardino – about 1 mile away – were ordered to shelter in place as the situation was investigation, reports say.

Law Enforcement from all over the region respond to shooting inside NorthPark elementary school in San Bernardino pic.twitter.com/8foxQaTQWR

School officials said North Park will remained closed for “at least two days” as they complete the investigation.

The 2011 enrollment at the school was 715 students with 54 percent of students being Hispanic, 22 percent African American, 16 percent white and 3 percent Asian.

San Bernardino is the 220th school shooting in America since 2013. So exactly one per week, on average https://t.co/KmdYorABKF pic.twitter.com/8WUuYTDcsd

According to EveryTownResearch.org, the shooting at North Park is the 220th shooting at a school in America since 2013.

That makes it an average of exactly one reported school shooting per week for the past four years.

The last reported shooting was April 7 at the University of St. Thomas in St. Paul, Minnesota. A gun fired unintentionally at the school in a dorm and resulted in an injury.