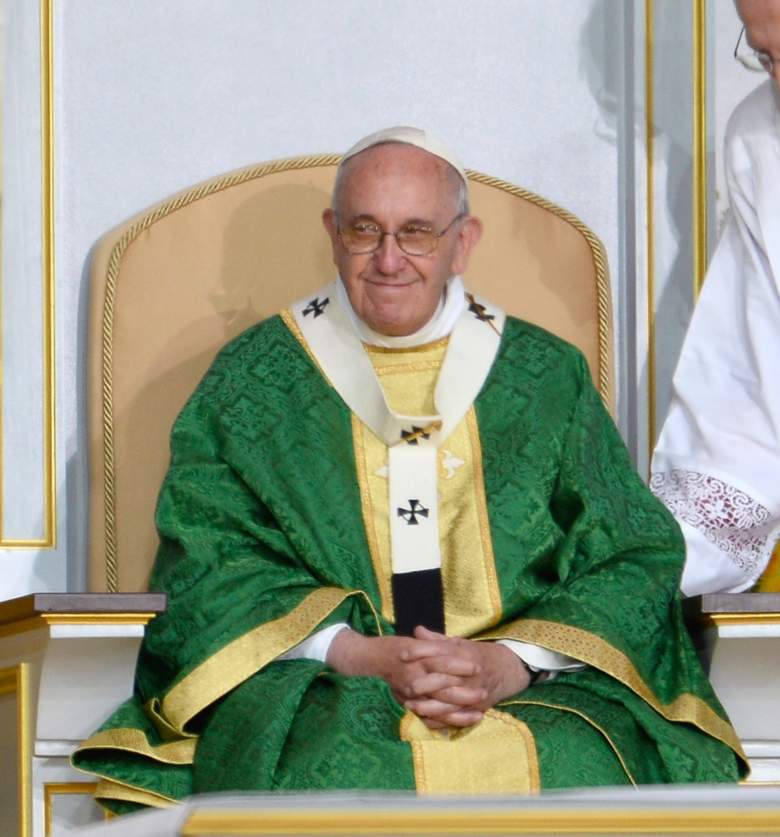 Pope Francis in Philadelphia, Pennsylvania, during the mass Colon had allegedly plotted a terrorist attack. (Getty)

Santos Colon, Jr., 17, of Lindenwold, New Jersey, pleaded guilty to a terrorism charge in connection with a plot to kill Pope Francis back in 2015.

The official charge, to which he pleaded guilty as an adult, was for one count of attempting to provide material support to terrorists.

Under the agreement, federal officials won’t charge him with anything related to supporting ISIS.

Colon, an American citizen, was originally charged in connection with the incident back in 2015.

1. He Contacted a Sniper Who Was an FBI Agent

According to federal officials Colon reportedly planned a sniper attack on Pope Francis during a Papal mass during the pontiff’s visit to Philadelphia in September 2015. Colon also reportedly planned to set off explosive devices in the surrounding areas.

Those officials said in a statement that Colon “engaged someone he thought would be a sniper but was actually an undercover FBI employee.”

Colon also allegedly “engaged in target reconnaissance” with an FBI confidential source, and told them to buy materials to make explosives for the attack on the Papal mass. 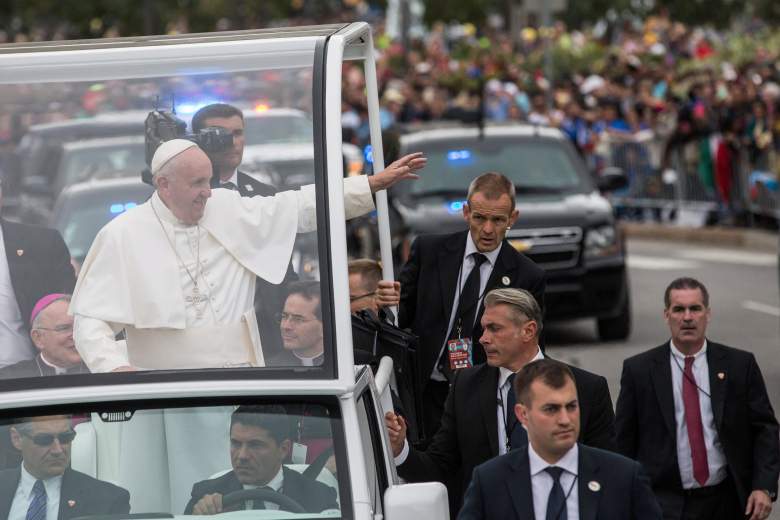 Pope Francis waves to the crowd from his popemobile while on his way to lead Mass at Benjamin Franklin Parkway in September 2015 in Philadelphia. (Getty)

According to reports, Colon sometimes used the name Ahmad Shakoor.

Under the plea agreement federal authorities won’t charge Colon with other offenses, including “attempting to provide material support to a designated foreign terrorist organization (namely the Islamic State of Iraq and the Levant)” – or ISIS – between April and August in 2015 or “attempting to obtain and use a weapon of mass destruction.”

Also under the plea agreement, Colon said he doesn’t believe he’s currently mentally ill, but noted he has been a patient at a mental hospital or institution.

3. Authorities Said They Foiled an Attack Plot in 2015 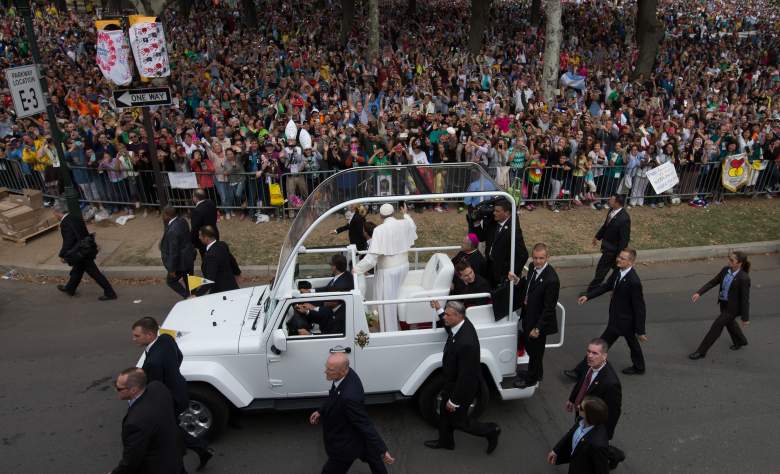 Pope Francis waved to the crowds in Philadelphia who went to see him lead mass. (Getty)

Back in September 2015, when the Papal visit occurred, security was extremely high for the duration of the six-day visit, during which crowds of people thronged to see the popular pontiff.

In fact, officials said they disrupted one potential attack against the Catholic leader but they were closed-mouth about exactly what that meant.

4. He Was Originally Charged as an Juvenile 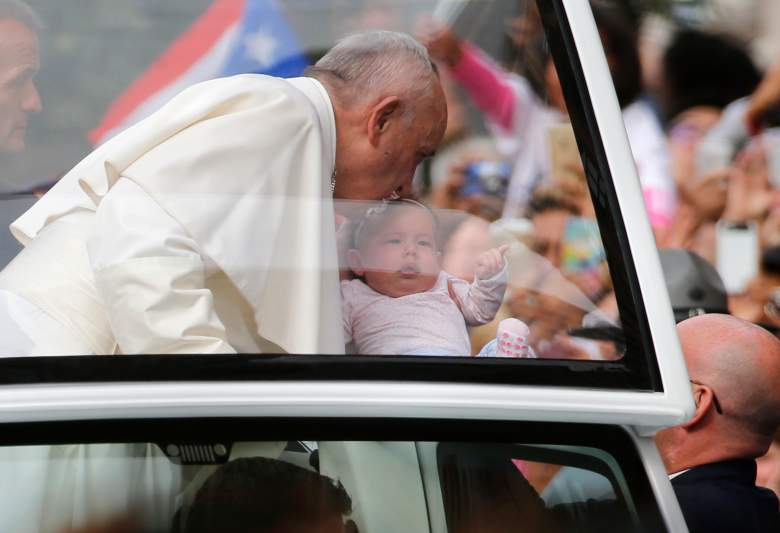 Pope Francis bends over to kiss a baby at Independence Mall in Philadelphia in 2015. (Getty Images)

Colon was first charged in connection with the incident as a juvenile, under a sealed complaint.

Under the plea agreement, made as an adult, he pleaded guilty before U.S.District Court Judge Noel L. Hillman in Camden Federal Court to attempting to provide material support to terrorists. 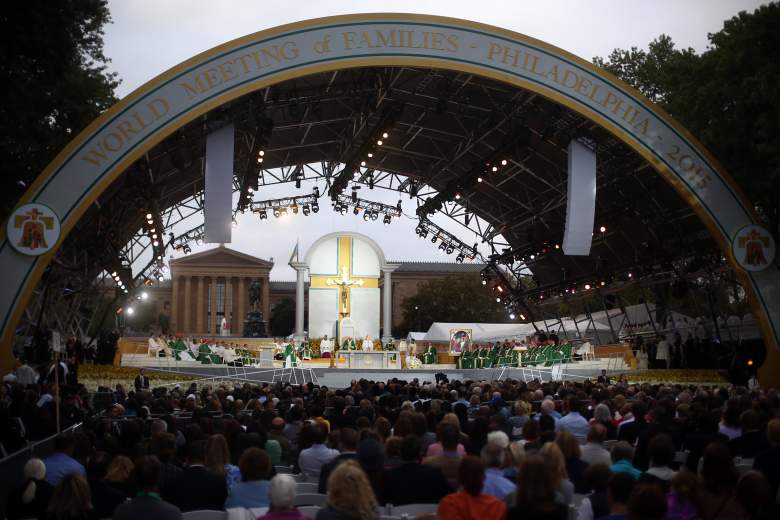 During his 2015 visit, Pope Francis spent six days in the United States, two of them in Philadelphia.

He wrapped up his visit by conducting a Papal Mass to celebrate the closing mass for the World Meeting of Families 2015. It was held outside the Philadelphia Art Museum and was open to the public.

The World Meeting of Families Congress is a Roman Catholic gathering that is held every three years.

Read More
5 Fast Facts, Pope Francis, Terrorism
Follow Heavy ↓
wpDiscuz
1
0
Would love your thoughts, please comment.x
()
x
| Reply
Santos Colon, 17, pleaded guilty as an adult in plot to hire a sniper to shoot the pope, as well as set off explosive devices, during the pope's 2015.