Officials from the Cleveland Police Department are updating media on the multi-state manhunt for Steve Stephens.

The press conference starts at 3 p.m. EDT and is being held at Cleveland City Hall. It can be watched live in the stream above once it begins.

On April 16, Stephens posted several videos to Facebook indicating he was going to go on a “slaughter.” Another video shortly after the threats showed Stephens driving around a street in Cleveland and pulling up on an elderly man walking on the street, identified as 74-year-old Robert Godwin Sr. Stephens ordered Godwin to say the name of his girlfriend, Joy Lane, before shooting him dead from point-blank range.

Before Godwin’s murder, Stephens indicated on a Facebook Live stream that he committed at least 13 murders throughout the day, but police have found no information that shows that to be true.

Stephens fled the scene and hasn’t been seen or posted to social media since then. Police in Cleveland have been providing updates to the public in the search for Stephens, who had an arrest warrant issued for aggravated murder.

In a press conference earlier in the day April 17, police said that they still are unaware as to where Stephens may have fled to. But a ping from Stephens’ cell phone showed that he may be in or near Erie, Pennsylvania.

To watch highlights of the morning press conference, watch the video below.

Steve Stephens 9 a.m. Press Conference Highlights from Cleveland City Hall on Apr. 17, 2017Highlights from the April 17, 2017 9 a.m. press conference about Steve Stephens, the man who recorded himself shooting and killing a random man Easter Sunday and uploading the video to Facebook.2017-04-17T13:48:38.000Z

Hours after the press conference, police confirmed that witnesses said they saw him at Fairmount Park in the Philadelphia area. As a result, nine schools within the area were put under a lockdown. Stephens was not located in the area after thorough searches.

Police have told the public that Stephens may be driving a white Ford Fusion with temporary Ohio plates reading E363630.

Pennsylvania is one of the five states police said that Stephens may be. The others are Ohio, New York, Indiana and Michigan.

“He could be nearby. He could be far away or anywhere in between,” Stephen Anthony, the lead FBI agent in Cleveland, said on Monday. 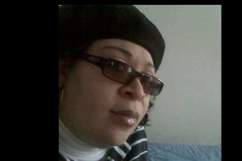 Read More
Crime, Police
Cleveland Police are holding a press conference updating details in the manhunt for Steve Stephens, who killed Robert Godwin Sr. and posted it to Facebook.