President Donald Trump announced that the United States launched an air attack against Syria on Tuesday.

Watch the videos of the air strikes released from the Pentagon in the video at the top of the page.

Early reports say that at least four people were killed in the air strikes, including some soldiers.

Unfortunately no good news from Homs. Bodies of dead soldiers found amid the large fires at the Shayrat Airbase. Death toll for now is 4

It said that the U.S. “took extraordinary measures to avoid civilian casualties” and Russian forces were notified before the attacck took place.

The missiles were aimed at al-Shayrat airfield, a military site located near Homs in Syria.

Trump called the strike a “targeted attack” in his speech to reporters at Mar-a-Lago. It took aim at the base and attacked the runway, aircraft and several fuel points.

The president said in his speech there is no doubt that the chemical weapons used in Assad’s attack “illegal” weapons that violated the Chemical Weapons Convention.

Here are some photos and videos from the scene of the attack: 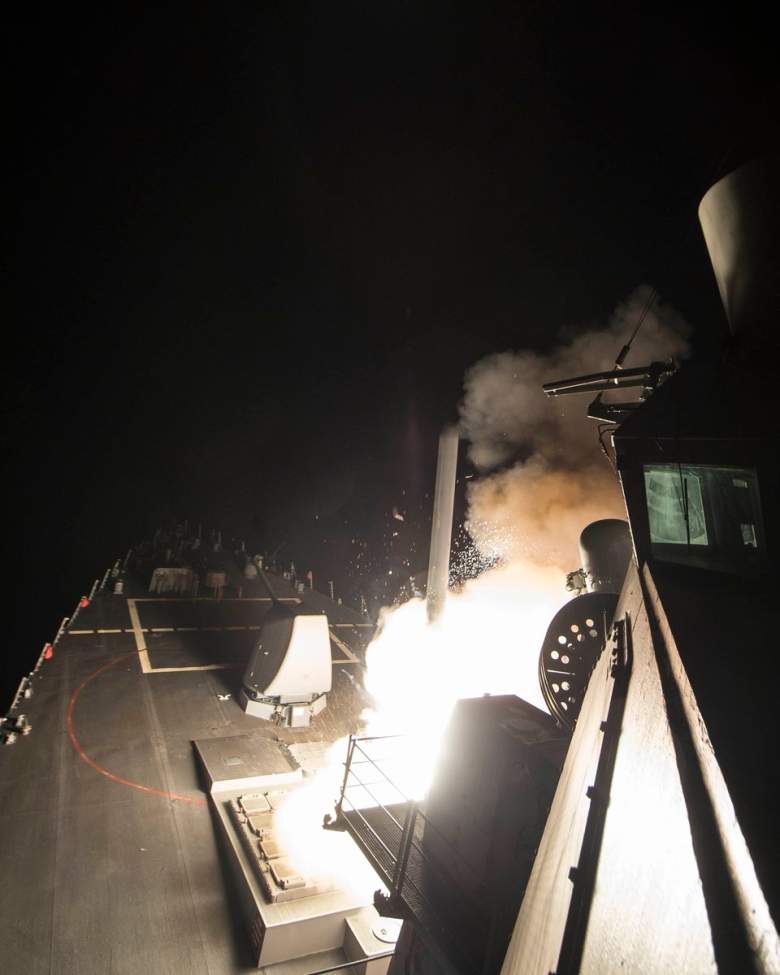 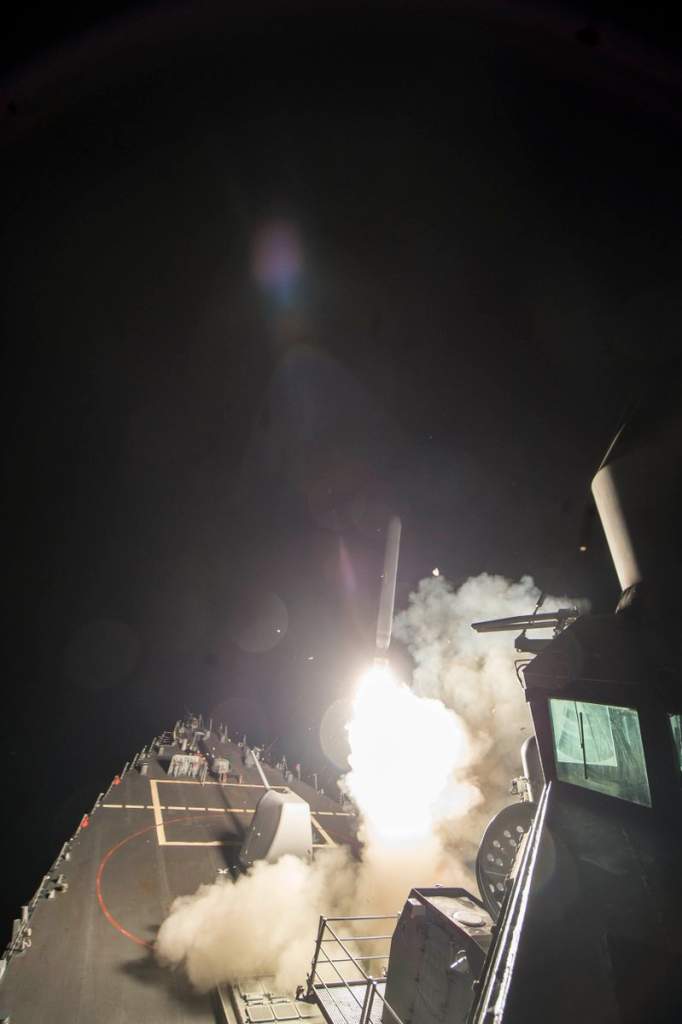 Footage of the Attack On the Ground Was Posted to Twitter

Breaking:we got video! Al Shaerat military airfield in #syria being bombed 58 minutes ago large ammo depot blasts,my sources near by sent it pic.twitter.com/gCz0nH0MAY

Loading more stories
wpDiscuz
18
0
Would love your thoughts, please comment.x
()
x
| Reply
The United States launched a missile attack on Syria in response to a chemical attack that killed almost 100 people. See photos and videos from the scene.