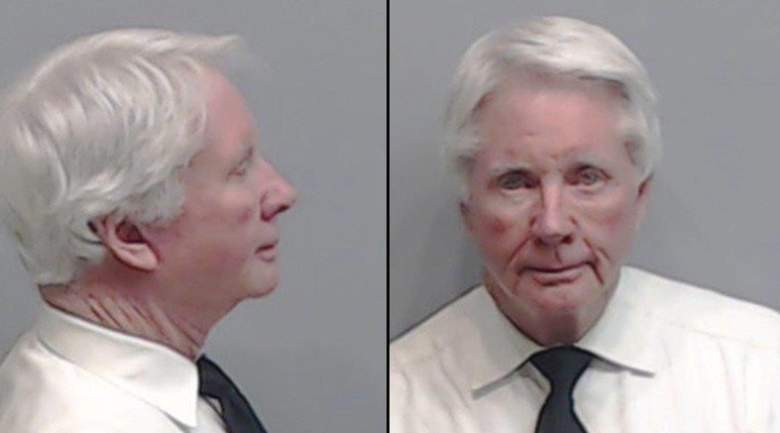 A prominent Atlanta attorney, accused of murdering his wife by shooting her from behind as they drove home from a farmhouse they owned, was sentenced to life without the possibility of parole.

Tex McIver (who is formally known as Claud McIver III) was charged on April 27 with malice murder and six other counts in the September 25, 2016 shooting death of his wife, Landa Diane McIver, who is usually known as Diane McIver. During the sentencing hearing, McIver told the court that he still feels Diane’s presence.

#TexMciver – In statement to judge McIver says Diane has been with him in jail, "I'm by myself, but I'm not alone." pic.twitter.com/OP1d968Itm

A grand jury also indicted McIver on accusations that he also unlawfully tried to influence witnesses in the murder case.

The case has shocked Georgia with its twist and turns and because of McIver’s prominence in the community. His wife was also a successful businesswoman, and he’s maintained her death was an accident. Previously, less serious involuntary manslaughter charges had been issued in the case.

1. McIver Shot Diane While They Were Driving Back From a Farmhouse & He Argues It Was an Accident

The shooting narrative is unusual; it involves a wife slain in a car while someone else was driving by a husband who claims it was an accident.

According to CBS 46, McIver and Diane were driving back from their Putnam County farmhouse with Diane’s “best friend of thirty years,” a woman named Dani Jo Carter.

Police say that, at the time of the shooting, Diane was sitting “in the passenger seat of her Ford Expedition” and her husband was “sitting directly behind her in the backseat,” the television station reported.

Police contend that, after they took a detour, McIver, who had been sleeping, “asked for his gun because he didn’t think it was a safe area” and then claimed he “woke up to the sound of a gunshot and realized he had pulled the trigger.” He claims it was an accident.

Patch reports that McIver’s attorney contends he fell asleep with the weapon on his lap.

CBS46 reports that Dani Jo Carter has now given her version of the night. “Her attorney says Tex woke up after they took a detour on Edgewood Avenue and asked for his gun because he didn’t feel safe but (the attorney) says Dani Jo didn’t think they were in danger,” reports the television station, which adds that Carter and Diane were best friends who had fallen out in the past.

“There were people around but it wasn’t a big protest. I don’t think anybody approached the car,” Carter’s attorney said, according to CBS46, which added that “Tex’s version of what happened has changed several times through both a family friend and his attorney. In his latest account, he says he woke up to the sound of a gunshot after hitting a bump in the road, but Carter’s attorney says they were stopped at a traffic light when she heard the gunshot.” The attorney told CBS46 that Carter doesn’t know if McIver was asleep when the shooting happened.

CBS46 reports that the new indictment accused McIver of trying to stop Carter from talking: “It says McIver left a voicemail on Dani Jo’s husband’s voicemail and implied she should stop talking to police”because said statements placed the defendant at imminent risk of immediate incarceration,” the television station reports.

2. McIver Was a Lawyer for Decades Who Has Three Children & Blamed a Black Lives Matter Rally for Retrieving the Gun

McIver had a prominent legal career that appeared to have left him well off. He was also politically connected, serving on the state Board of Elections. After the murder, though, Democrats sought to toss him off that board because “a spokesman said he pulled out a handgun in fear of a Black Lives Matter rally the night he accidentally killed his wife,” AJC.com reports.

According to CNN, he was “a lawyer of 44 years and senior partner at the firm of Fisher Phillips” who “had owned a home in the county since 1995, along with other Georgia properties.”

He has three children, CNN reports. According to CNN, McIver’s specialty was employment law: “He has defended employers in more than 200 union organizing campaigns,” the network reported, adding that his lawyers said he had become a “virtual hermit” since the shooting and was “heartbroken.”

3. Diane McIver Was a Successful Businesswoman Who May Have Recently Taken Out a Will

Tex McIver's prosecutors allege he's hiding a 2nd version of his wife's will… his lawyer says they have no proof. https://t.co/Ck4jJ0BGzM pic.twitter.com/Dz0p8DgqHQ

Diane McIver was successful in her own right.

According to the Atlanta Journal-Constitution, prosecutors alleged she “may have had a second will and that document may provide a motive for the shooting.” CBS 46 reports that authorities contend that McIver may have hidden the updated will.

Her company had alleged in court that Diane’s estate owed it $1 million.

AJC.com reports, “Diane McIver rose through the ranks at Corey Airport Advertising, spending more than four decades with the company whose namesake tower is a landmark on the Downtown Connector.”

4. A Judge Revoked McIver’s Bail After a Gun Was Allegedly Found in His Condo

RT @Ryan11Alive Is #TexMcIver holding a secret will his wife wrote before she died? New evidence tonight at 11 #11Alive… pic.twitter.com/S0u3vw5ku7

McIver’s pre-trial days have not gone smoothly even before he was socked with much tougher murder charges.

According to the Atlanta Journal-Constitution, the attorney’s bond was revoked when a pistol was found in his condo.

Police discovered the Glock pistol “in his sock drawer while searching his residence for financial documents” in early April, the newspaper reported, adding that McIver’s lawyers claim McIver “does not know how the gun got there.”

McIver’s attorneys alleged the gun might have been planted, reports WSB-TV.

#Breaking: Tex McIver was just put into handcuffs and taken into custody. pic.twitter.com/N1YIVCwFsf

Adding a bizarre twist to the case, early on, Tex McIver held an estate sale to sell off some of the victim’s belongings.

A judge refused to stop the sale, reported Patch. McIver’s probate attorney said McIver would not benefit from the proceeds, which were needed to meet cash bequests that Diane made in her will, according to BizJournals.com.

According to Patch, the belongings included “designer purses, fur coats and plenty of diamonds and gold jewelry.”

Television station 11Alive ran photos of the clothing being sold at the sale.