A poster in memory of Trina and Michael Kuznik. (Facebook)

The married owners of a car dealership were found shot in the head inside their Cleveland, Ohio business.

The double homicide of Trina and Mike Kuznik, which occurred on Friday, April 14, has been largely overshadowed by the horrific Facebook video murder attributed to behavioral therapist Steve “Stevie Steve” Stephens. A manhunt is under way for Stephens, also of Cleveland, after he allegedly shot and killed senior citizen Robert Godwin Sr. in a random street slaying on April 15 because he was angry at his girlfriend.

The Kuzniks’ slayings are unsolved, and police have said nothing of a suspect.

1. Trina Kuznik Had Given a Television Interview About Crime but It Hadn’t Aired Yet

Trina Kuznik agreed to be interviewed by Cleveland TV about break-ins at the car dealership that she and her husband owned. It’s called Mr. Cars, Inc.

The interview – in which she complained about police response times – took place shortly before the murders, but it hadn’t aired yet, according to News5Cleveland.

“How is it right that people can come and just do this to us and nobody stops it?” she asked in the television interview, according to the TV station. “It’s like the wild west.”

2. The Couple’s Son Found Them Both Shot in the Head Inside Their Business 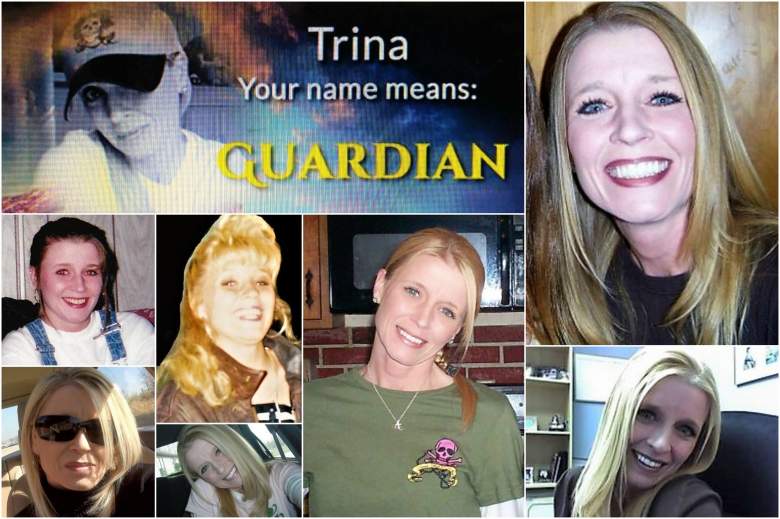 Horrifically, it was the couple’s 19-year-old son who found his parents deceased inside the business, reported Cleveland.com.

Both Kuzniks had been shot in the head, the newspaper reported.

The son had gone to the business to check things out when he couldn’t reach his parents, according to the newspaper.

In March, Trina posted proudly of her son, writing, “To all who may have the need now or in future. My son is purchasing his own TIG welder today ( SO DAMN PROUD OF THIS KID) He will have his own shop in Leroy Twp. Superior skills- certified. Saved the money, worked overtime and achieved the goal…way to go son !”

3. Property Was Missing Inside the Car Dealership, Which Was Started by Mike Kuznik’s Parents

Mr. Car’s website says the used car dealership “was opened in 1977 by my parents Randy and Janet Kuznik. Their goal was to only sell a car that would be in their own garage. In other words, every time they purchased a car they looked at it like it was a car for themselves.”

The site notes: “Selling only affordable quality cars and standing behind every car he sold, his customer’s knew they were buying from a dealership, and a family that could be trusted. Operating with nothing but the highest level of customer service, ethics, morals and quality vehicles, we’ve earned a well respected name in the community and neighborhood.”

The website speaks bluntly of the challenges. “A lot has changed on E 185th Street and our community over 33 years. Family owned and operated businesses began to shut down and move away and the big box stores moved in. One thing remains a constant on East 185th Street, Mr. Cars Inc is still located on the corner of Hiller Ave. we are still family owned and operated,” said the website. “…We guarantee you a pleasant experience, come in and meet us today.”

According to the Associated Press, police said that some “items were missing” from the office of the car dealership. Authorities did not reveal what was taken, however.

Trina Kuznik was 45-years-old, and her husband was 50, the AP reported.

It was not clear whether any cars were taken, reported Fox 8.

The couple were well known business owners in the neighborhood.

“What crazy person could do this to these great people,” friend Debbie Beranek told Fox 8.

“This is a horrendous crime against this family and against the Greater Collinwood Neighborhood,” Polensek said in the news release reported by Cleveland.com. “I have been long-time friends with the family for over 30 years and my deepest sympathy and prayers go out to them.”

A friend shot down a comment on Trina’s Facebook page asking whether the slayings could be related to Stephens writing, “I don’t think so but I pray to God that the person/people responsible for this is found quickly. My emotions went from sadness to absolute heartbreak to now I am so pissed. How dare they take these 2 loving passionate caring people from this world especially their kids.”

Another friend wrote on Trina’s Facebook page: “RIP, Trina K Kuznik. God Rest Her Soul. All My Love 2 Her Family & Friends. Nobody in the World Could Ever Replace Her. She Was Cut From Her Own Cloth. I Hope She knows How Much I Loved Her. God Must’ve Needed Another Angel.”

Trina’s last public post on Facebook was from March 20, about helping someone else. She had written, “Ok Friends- a very wonderful mother just came in with her two children, one being special needs. He spends full time in a chair, cannot walk or talk. Thing is he and my dobie Axel became instant friends- Little guy lit up and my Axel just stayed as close as possible. His mom tells me that she can get assistance with training for a companion dog for him, but doesn’t know what breed, and who to talk to. She is tight on funds, and cannot afford a thousand dollar animal- but if someone can help in anyway- please let me know. Seeing the happiness Axel brought to this little boys eyes made my soul shine. I hope that this little man finds his dog-or his dog finds him. Thanks everyone- and yeah I teared up a bit- so what. I am not made of stone ya know- geez!”

5. The Double Murder Occurred in a City Gripped by the Steve Stephens’ Facebook Video Murder

The Kuznik tragedy has been overshadowed by the shooting by accused Facebook killer Stephens.

Police now say that Stephens may no longer be in Cleveland, and they have launched a national manhunt in conjunction with federal authorities.

The viral video shows a man police say is Stephens walk up to a random stranger on the street. He asks the man’s age and tries to get him to repeat the name of Stephens’ own girlfriend, Joy Lane, before shooting him on the street.