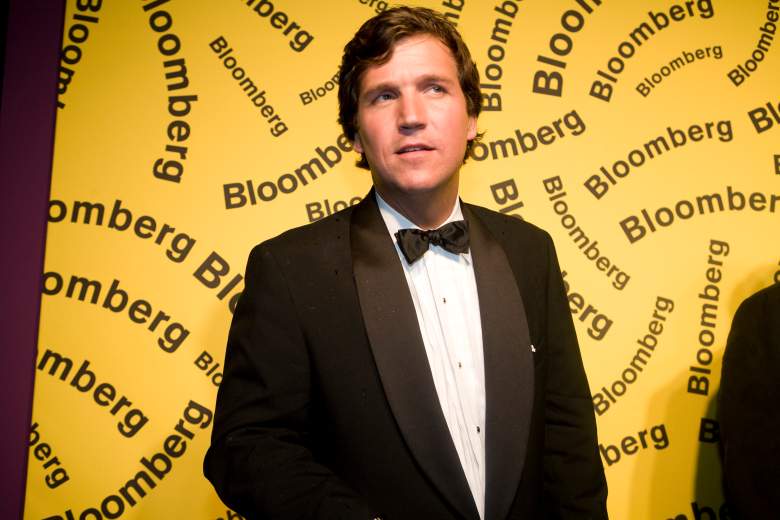 Bill O’Reilly is out at Fox News, and Tucker Carlson is taking his place.

Bill O’Reilly was the top rated political commentator on cable news, and him being replaced by Tucker Carlson is a big deal. So what are Tucker Carlson’s political views? He’s a conservative Republican, but where does he stand on the issues compared to Bill O’Reilly? Here’s what you need to know. 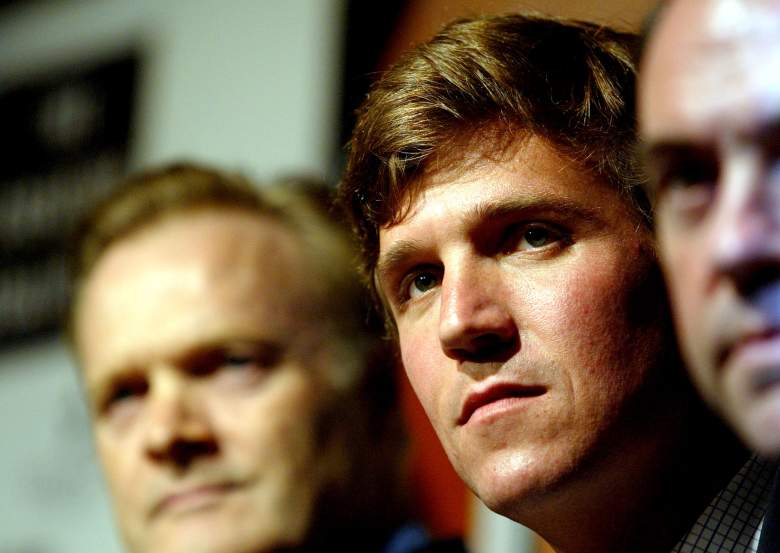 Although Tucker Carlson is a conservative, he disagreed with President George W. Bush on a number of issues, including the Iraq war. Carlson did support the war at first, but by 2004 he had turned on Bush for it.

“I think the war in Iraq was a major mistake,” Carlson said in an August 2004 interview with The Washington Post.

In another 2004 interview, Carlson expanded upon his opposition to the Iraq war.

“I think it’s a total nightmare and disaster, and I’m ashamed that I went against my own instincts in supporting it,” he said. “It’s something I’ll never do again. Never. I got convinced by a friend of mine who’s smarter than I am, and I shouldn’t have done that. No. I want things to work out, but I’m enraged by it, actually.”

Carlson also said in the 2004 Washington Post interview that he doesn’t consider Bush to be much of a conservative.

“I don’t know what you consider conservative, but I’m not much of a liberal, as least as the word is currently defined,” Carlson said. “For instance, I’m utterly opposed to abortion, which I think is horrible and cruel. I think affirmative action is wrong. I’d like to slow immigration pretty dramatically. I hate all nanny-state regulations, such as seat belt laws and smoking bans. I’m not for big government. I think the U.S. ought to hesitate before interveneing abroad. I think these are conservative impulses. So by my criteria, Bush isn’t much of a conservative.”

2. He Supports Same-Sex Marriage & Has For Years 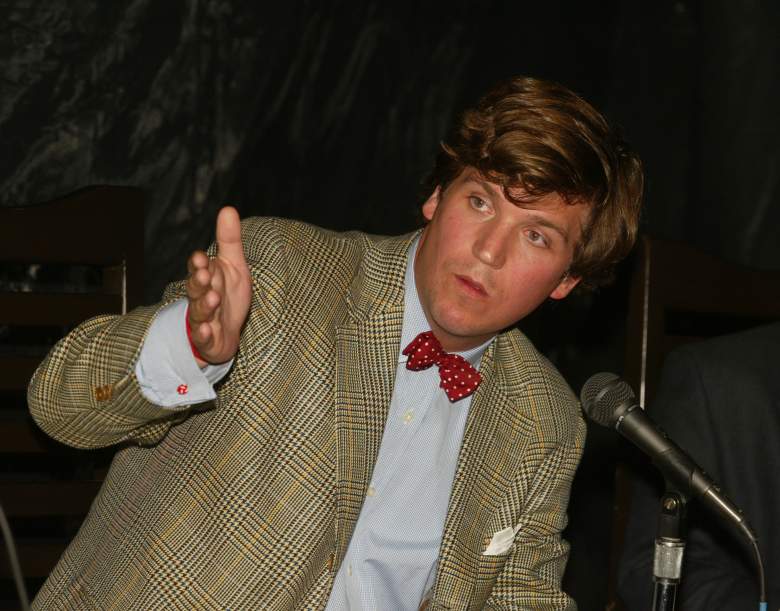 One issue that Tucker Carlson has disagreed with many of his fellow conservatives on over the years is same-sex marriage. Carlson supports it, and he supported it before it became the law of the land.

In a 2004 interview, Carlson objected to the idea that gay marriage would damage traditional marriage, saying, “People who say gay marriage will hurt marriage should explain how.”

Carlson in that interview did, however, not completely dismiss the idea that same-sex marriage could be bad for children.

“Marriage has been around since the beginning of recorded history,” he said. “The idea of gay marriage is about 10 years old. I’d like to know what effect gay marriage will have on children. It’s a question worth asking. Why does no one on the pro-gay marriage side seem to care?”

In an interview with MSNBC in 2007, Carlson said that he’s in favor of gay people being able to marry.

“I‘m for marriage,” Carlson said. “I‘m just for marriage generally. I‘m for people making a lifelong commitment. Do you know what I mean? I‘m not against gay marriage, actually, and I‘m the most right-wing person I know. So why are they against it?”

3. He Supported Donald Trump During the 2016 Election

Tucker Carlson fell more on the Sean Hannity side, and Carlson generally backed Trump even before it became clear that he would definitely be the Republican nominee for president.

In January 2016, Carlson wrote a piece for Politico in which he argues that what Trump says is “shocking, vulgar and indisputably true.”

Carlson goes on to say that the Republicans are as responsible for Trump as the Democrats and that Trump rose due to the “intellectual corruption of the Republican Party.” He also criticized conservatives for suggesting that Trump is damaging to conservative principles.

“Conservative voters are being scolded for supporting a candidate they consider conservative because it would be bad for conservatism?” Carlson said. “And by the way, the people doing the scolding? They’re the ones who’ve been advocating for open borders, and nation-building in countries whose populations hate us, and trade deals that eliminated jobs while enriching their donors, all while implicitly mocking the base for its worries about abortion and gay marriage and the pace of demographic change. Now they’re telling their voters to shut up and obey, and if they don’t, they’re liberal.”

4. He Doesn’t Think a Ban on Muslims Is Such a Bad Idea

In his Politico piece defending Trump, Carlson said that Trump’s widely-criticized call to ban Muslims from entering the United States wasn’t that crazy of an idea.

“A temporary ban on Muslim immigration? That sounds a little extreme (meaning nobody else has said it recently in public),” Carlson wrote. “But is it? Millions of Muslims have moved to Western Europe over the past 50 years, and a sizable number of them still haven’t assimilated. Instead, they remain hostile and sometimes dangerous to the cultures that welcomed them. By any measure, that experiment has failed. What’s our strategy for not repeating it here, especially after San Bernardino—attacks that seemed to come out of nowhere? Invoke American exceptionalism and hope for the best? Before Trump, that was the plan.”

Carlson goes on to say that unlike the Republican establishment, Trump wants to protect the country.

This is all as opposed to Bill O’Reilly, who was skeptical of Trump’s proposal to ban Muslims from entering the United States from the month it was announced, challenging Trump on it in an interview in December 2015.

“Would you cede, as I said last night, that you need Arab Muslim nations to help the United States defeat the Jihad?” O’Reilly asked Trump. “Would you cede that?”

Trump did not agree with O’Reilly on this. O’Reilly then listed off Muslim countries that are helping the United States defeat ISIS, asking, “How is that helpful to ban people from all of those countries from coming here? It doesn’t seem to helpful to defeating the Jihad?…We need the friendly Muslim nations. You can’t insult them like that. You can’t.”

O’Reilly added, “You can vet them, but you can’t insult the whole religion.”

On his show, Tucker Carlson has defended President Donald Trump’s two travel bans, saying that neither of them constitute a ban on Muslims.

5. He Lines Up With Trump on Immigration

Outside of the Muslim ban, Tucker Carlson generally lines up with Donald Trump on immigration.

In a January 2017 Fox News interview, Carlson asked why any Syrian refugees should be allowed into the United States at all.

“What is in it for American citizens?” Carlson asked. “It’s also fair to ask, ‘Why should we pay for this?'”

In a November 2016 interview with a college student, Carlson challenged the idea that everyone has the right to come to the United States, saying that low-skill immigrants are a drain on the economy.

“Do you consider the effect this has on the rest of the population?” Carlson asked the student. “You say anybody around the world has a right to come here. You learned that in school and you believe it uncritically. Do you think that everyone else who lives in this country has a right to say, ‘Wait a second, we should be able to choose who comes here’?”

Carlson added that what this student is saying is equivalent to saying that someone should not have the right to lock their door.

In a piece for Politico, Carlson said that nothing Trump has said about immigration has been particularly shocking, except for his comment that undocumented immigrants from Mexico are rapists and murderers.

“Apart from his line about Mexican rapists early in the campaign, Trump hasn’t said anything especially shocking about immigration,” Carlson said. “Control the border, deport lawbreakers, try not to admit violent criminals — these are the ravings of a Nazi?”

In recent months, Carlson on his show has been frequently focusing on cases around the country in which undocumented immigrants have committed crimes. Recently, he discussed the case of a 14-year-old who was allegedly raped by two undocumented immigrants, with Carlson saying that this was “the sign of a sick civilization at war with itself.”

In 2004, Carlson said that diversity does not necessarily make America great.

“I was thinking this morning: ‘Diversity is the strength of our country,'” Carlson said. “Oh yeah? How’s that? Why don’t you explain that to me? I don’t see that. I mean, is diversity the strength of the Balkans? No.”

Loading more stories
wpDiscuz
3
0
Would love your thoughts, please comment.x
()
x
| Reply
Tucker Carlson will replace Bill O'Reilly on Fox News. So what are Carlson's political positions? Does he line up with Donald Trump on the issues?