Redditors are complaining that a video of a passenger on a United Airlines flight from Chicago to Louisville being forcibly removed from the plane before takeoff at O’Hare International Airport is being censored. The original video post shared on /r/videos was a nearly 43,000 point thread. It has since been taken down by Reddit moderators to the subreddit.

However, the video does violate rules #4 and #9 of the subreddit, “No Videos of Police Brutality or Harassment” and “No Videos of Assault/Battery.”

In response, Redditors have begun to share clips from movies alluding to the video to get around the rule. As super_amazing writes about the censorship, “It’s hilarious to me how we can get endless, daily 15+ minute videos about random youtube drama, but one showing police brutality gets removed. As much of an important issue this is nowadays, it baffles me why there is an entire rule banning these videos. They don’t happen every day, and when they do, it’s important that people know.” I_would_bang_Lisa_Su adds, “Yet you can head over to /r/watchpeopledie and literally watch videos of cops being murdered.”

The original video can be seen above. It was shared on Twitter late Sunday evening by Audra D. Bridges, a passenger on the flight. In the 31-second clip, a man, who claims to be a doctor, is shown being dragged off the plane after United Airlines overbooked the flight. They offered the bumped passenger as much as an $800 voucher before forcibly removing him.

A United spokesperson said about the video, “Flight 3411 from Chicago to Louisville was overbooked… After our team looked for volunteers, one customer refused to leave the aircraft voluntarily and law enforcement was asked to come to the gate. We apologize for the overbook situation. Further details on the removed customer should be directed to authorities.”

The man was later allowed back on the flight. A video of him reboarding the plane was also shared on Twitter.

The video was also shared on Reddit and was NOT removed. According to the moderator of that post, “This video will not be removed, as it breaks none of the subreddit rules. It features only a man walking down an airplane aisle.”

According to the Courier-Journal, the airline wanted the paying passengers to give up their seats for United employees who had to be in Louisville for a flight on Monday.

See the videos shared on Reddit to get around the censorship below.

1. Doctor violently dragged from overbooked CIA flight and dragged off the plane

2. Terrorist violently thrown off overbooked Air Force One flight and hung off the plane

While the videos are humorous in nature, they do address the disturbing nature of the original video and the censorship of it. According to the New York Daily News, the man claimed to have patients to see at a hospital the next morning. 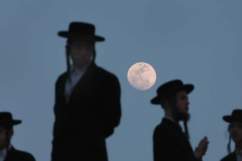 Loading more stories
wpDiscuz
2
0
Would love your thoughts, please comment.x
()
x
| Reply
Redditors are complaining that a video of a passenger on a United Airlines flight from Chicago to Louisville being forcibly removed from the plane before takeoff at O’Hare International Airport is being censored.