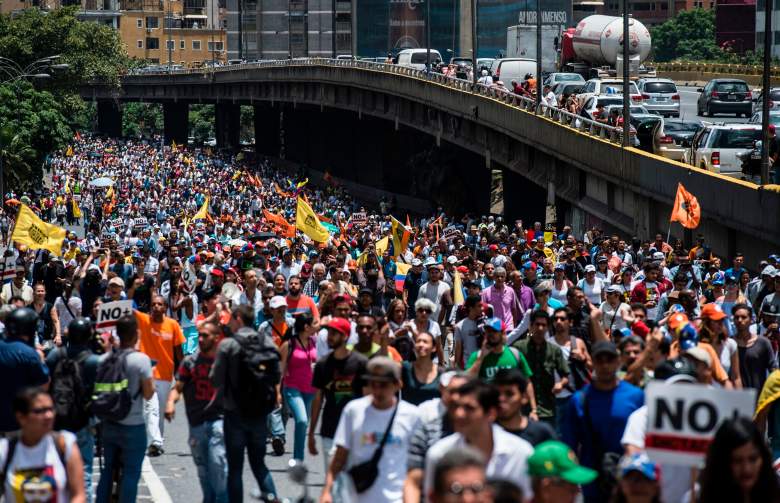 Massive anti-government protests in Venezuela have turned deadly, with three deaths being reported after Wednesday’s “mother of all protests.”

Activists are calling for President Nicolas Maduro to resign because of the economic crisis that has hit the country. There have been large food shortages and also triple-digit inflation in the country, which has led to the unrest with its people.

Anti-government protesters have been taking part in rallies being held in Caracas and various other cities around the country the past few weeks, but the most recent development was one of the largest gatherings of demonstrators yet.

In the previous protests, five people died when the protests turned into violent clashes between protesters and security forces, and that seems to be the case yet again.

The “mother of all protests” rally, which started Wednesday, was organized by Venezuela’s opposition coalition, called the Democratic Unity Roundtable. Despite the protesters’ calls for the country’s military to turn on Maduro, Defense Minister Padrino Lopez said the army will remain loyal to him.

In the midst of the protests on April 19, General Motors announced that it will stop its operations in Venezuela. The reason for pulling out of the country is because authorities had seized control of its factory. The Detroit-based vehicle manufacturer called the takeover an “illegal judicial seizure of its assets,” the Associated Press reported.

GM said in a statement issued April 20 that cars and assets were stolen from its plant in Venezuela, which has caused “irreparable damage” to the company and ultimately led to the withdrawl.

“(GM) strongly rejects the arbitrary measures taken by the authorities and will vigorously take all legal actions, within and outside of Venezuela, to defend its rights,” the company said in a statement.

Here are photos and videos from the intense protests and clashes with security forces:

Bread lines in Venezuela.
(Actually a protest. But who can tell..?) pic.twitter.com/wUYGJjSksP

The largest protest in the history of Venezuela against the largest militar crackdown. The streets of Caracas are still in chaos. #19Abril pic.twitter.com/itboSsyV8t

Images of woman that stood in front of National Police tanks during protest against socialist/communist regime yesterday in Venezuela ?? pic.twitter.com/qDB6RKwTia

Protests Continue to Turn Ugly With Clashes Against Security Forces

Tear Gas Was Launched Against Protesters

Protesters Marched on Highways In the Country, Shutting Down the City

Loading more stories
wpDiscuz
1
0
Would love your thoughts, please comment.x
()
x
| Reply
Millions of Venezuelans have taken to the streets to protest against the communist government. See photos and videos from the scene.