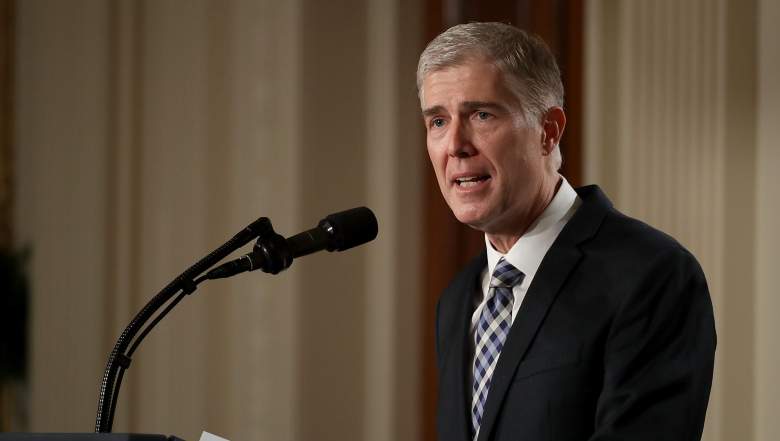 Democrats on Thursday temporarily blocked the nomination of Neil Gorsuch to the Supreme Court, only for Republicans to invoke the so-called nuclear option in order to clear the way for his approval by a simple majority.

For the most part, Democrats were united in their opposition to Gorsuch. However, four of them supported his nomination and were against Democratic efforts to filibuster Neil Gorsuch.

Those Democrats were Michael Bennet of Colorado, Joe Donnelly of Indiana, Heidi Heitkamp of North Dakota, and Joe Manchin of West Virginia.

The Senate on Thursday morning voted to invoke cloture, which would end the filibuster. The vote was 55 to 45, with the four Democrats listed above voting for it and all of the other Democrats voting against it, according to the Senate roll call.

So why did these Democrats vote to end the filibuster? Michael Bennet did so not because he supports Neil Gorsuch, but because he was concerned about the idea of Republicans invoking the nuclear option and setting the precedent that Supreme Court nominees can be confirmed with a simple majority, especially because any future Trump nominees could be more extreme than Gorsuch.

“This president may have several more opportunities to nominate a Supreme Court justice during his term,” Bennet said on the Senate floor this week. “If that happens…Republicans would face enormous pressure to nominate an extreme candidate knowing they could confirm them without a single Democratic vote.”

Joe Donnelly, on the other hand, supports Neil Gorsuch as the next Supreme Court justice. This week, Donnelly said that Gorsuch “is a qualified jurist who will base his decisions on his understanding of the law and is well-respected among his peers,” according to the Indy Star.

Heidi Heitkamp also backs Neil Gorsuch’s nomination. She says that she is “disturbed” by how Republicans treated Merrick Garland, however.

“But I was taught that two wrongs don’t make a right,” Heitkamp said, according to Politico. “There isn’t a perfect judge. Regardless of which party is in the White House, the U.S. Supreme Court should be above politics.”

“He has been consistently rated as a well-qualified jurist, the highest rating a jurist can receive, and I have found him to be an honest and thoughtful man,” Manchin said, according to Politico. “I have no illusions that I will agree with every decision that Judge Gorsuch will make in the future, but I have not found any reasons why this jurist should not be a Supreme Court justice.”

Read More
Breaking News, Donald Trump, Politics
Follow Heavy ↓
Democrats on Thursday temporarily blocked the nomination of Neil Gorsuch to the Supreme Court, but four of them did not support the filibuster.