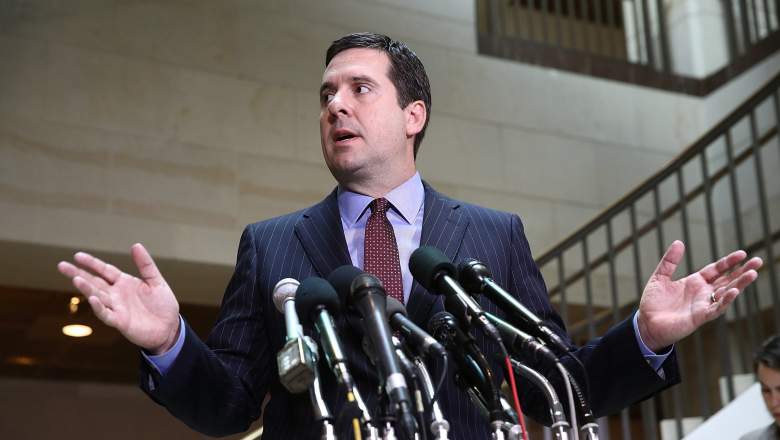 Devin Nunes is stepping aside from the House of Representatives’ probe into Russia’s role in the 2016 election. This comes as Nunes himself is being investigated by the House Ethics Committee. So why is Devin Nunes now facing an ethics probe?

Last month, Devin Nunes visited the White House and briefed President Trump on the intelligence community’s incidental collection of information on members of the Trump campaign. Nunes was widely criticized for briefing the president on this matter before he shared the findings with the rest of the House Intelligence Committee. Nunes was accused of having a conflict of interest and seeming too invested in doing the president’s bidding rather than leading an objective investigation. After all, Nunes himself was a member of the Trump transition team.

In a press conference following his White House meeting, Nunes said that “I recently confirmed that on numerous occasions, the intelligence community incidentally collected information about U.S. citizens involved in the Trump transition. Details about persons associated with the incoming administration, details with little apparent foreign intelligence value were widely disseminated in intelligence community reporting.”

Nunes went on to say that this “has to do with FISA, and there are multiple FISA warrants that are out there.” Information concerning FISA surveillance is classified.

“In my humble opinion, yes, Nunes disclosed classified information that day,” Bradley Moss, a lawyer who specializes in classification issues, told The Daily Beast last week. “The existence or non-existence of a FISA warrant is a classified fact. The details from the warrant, namely who got caught up in incidental collection, is a classified fact. Until we know who gave Nunes the info that night on the White House grounds, and until we have a resolution of the question whether the President authorized Nunes to disclose the details to the press, this is a question that cannot be answered definitively.”

In his statement today, Nunes said that he is stepping aside from the Russia probe because “Several leftwing activist groups have filed accusations against me with the Office of Congressional Ethics. The charges are entirely false and politically motivated, and are being leveled just as the American people are beginning to learn the truth about the improper unmasking of the identities of U.S. citizens and other abuses of power.”

On Thursday morning, the House Ethics Committee said that it is investigating Devin Nunes for possible “unauthorized disclosure of classified information.”

House Ethics rules state that the committee is to investigate “certain unauthorized disclosures of intelligence-related information.” However, the fact that this investigation exists does not necessarily confirm that Nunes actually violated the ethics code.

“The Committee notes that the mere fact that it is investigating these allegations, and publicly disclosing its review, does not itself indicate that any violation has occurred, or reflect any judgment on behalf of the Committee,” the House Ethics Committee said in a statement today.

Read More
Breaking News, Donald Trump, Politics
Follow News ↓
Devin Nunes is stepping aside from the probe into Russia's role in the 2016 election as Nunes himself is being investigated by the House Ethics Committee.