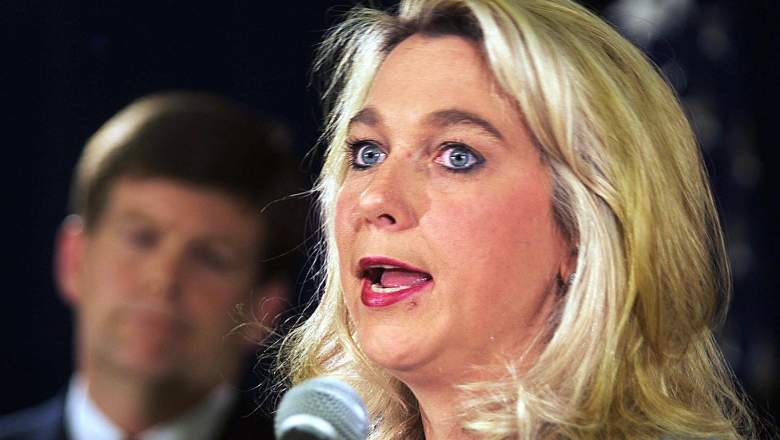 Alice S. Fisher was on the list of candidates to replace fired FBI Director James Comey. If President Donald Trump chose her, she would have become the first woman to lead the FBI in the bureau’s history.

However, this was not to be. She pulled her name out of the running in May and the nomination went to Christopher Wray.

Although Fisher does not have experience in the FBI, she has worked in the Justice Department. She served as Assistant Attorney General for the Criminal Division during President George W. Bush’s second term. Today, the 50-year-old Fisher is a partner at the Latham & Watkins law firm.

Here’s what you need to know about Fisher. 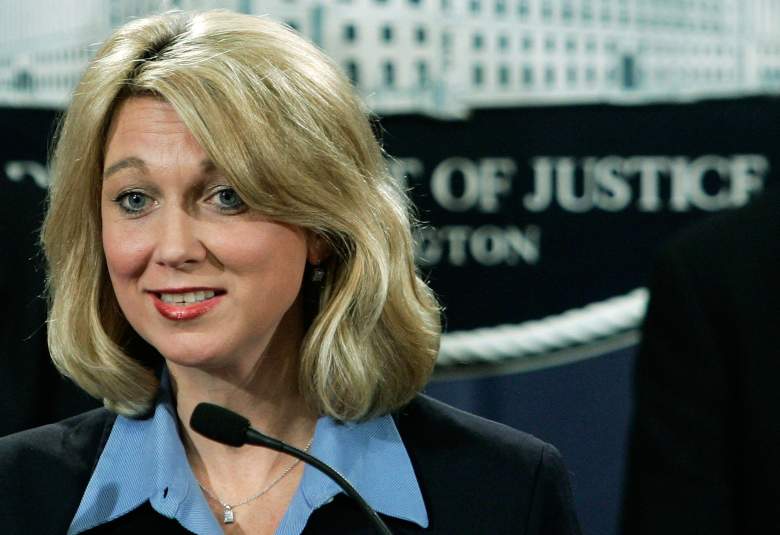 In March 2017, Fisher delivered testimony to the Senate Judiciary Committee in support of Trump’s successful nomination of Neil Gorsuch to the Supreme Court. She wrote that the two are good friends and have known each other since 1991.

“Judge Gorsuch possesses a keen intellect, commitment to fairness and decency, and a deep and abiding passion for the law,” Fisher wrote. “He has always brought a thoughtful, reasoned, and practical analysis to any issue. Further, Judge Gorsuch’s stellar resume demonstrates both a life-long love of learning and an ongoing commitment to teaching and mentoring the next generation.”

She later wrote that Gorsuch is an “exceptional” lawyer and a “beloved and respected” colleague.

“Judge Gorsuch is not just an excellent attorney and judge; he is also a steadfast, loving husband and father,” Fisher wrote of Gorsuch. “He has adored Louise from the very first moment he met her, and he is a doting parent to Emma and Belinda.” 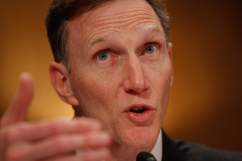 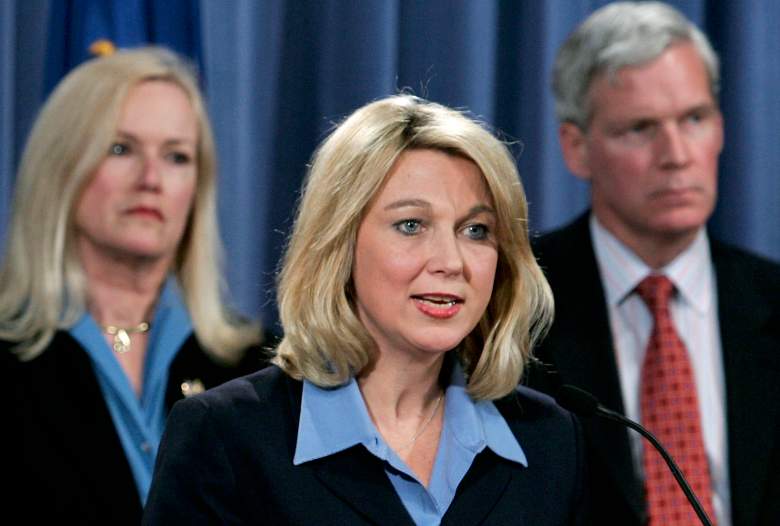 She re-joined Latham & Watkins in 2008 after previously working there before she joined the Justice Department. She rose to Managing Partner of D.C.’s second-largest law office in 2011, but stepped down from that position in April 2016. The firm is the highest-grossing in the world, with an estimated $2.8 billion revenue.

In a 2011 Washingtonian interview, Fisher said she wanted to become managing partner to take on a hew challenge.

“The ability to really help others succeed, mentor people if need be, be strategic in ways that can help the office, and help grow the office, is something you don’t necessarily do with day-to-day client work,” Fisher explained. “I also think it’s a challenge. It’s a different aspect to the job of being a lawyer, and I’m always looking for a new challenge.”

Also in that interview, she noted that Latham has been “very committed” to hiring women for leadership roles, specifically with a program called “Women Enriching Business.” “We have lots of committees where there are opportunities for lawyers—men and women—to serve in important roles within the firm,” Fisher explained.

3. Fisher Was a Recess Appointment at First & Earned Little Democrat Support Because of Questions Over Torture 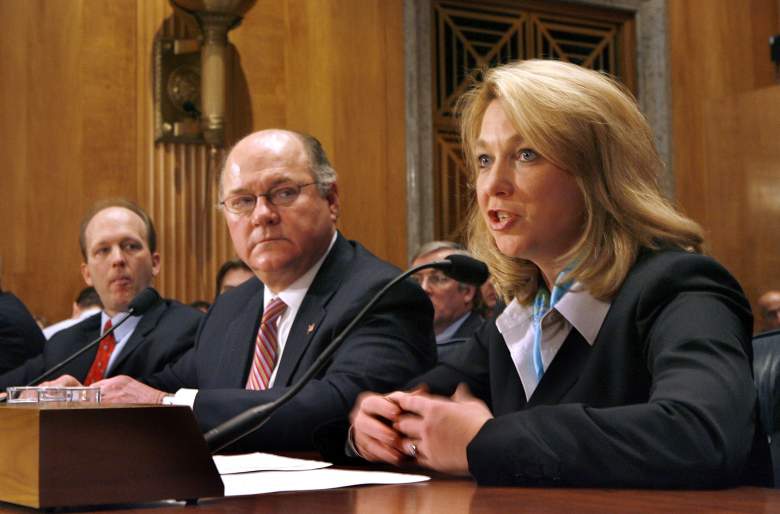 Alice Fisher during a 2006 hearing on the response to Hurricane Katrina. (Getty)

If Fisher is chosen, her past in the Bush Administration would come under great scrutiny. When she was first nominated to lead the Justice Department’s criminal division, Democrats in the Senate blocked the nomination. According to the Associated Press, then-Senator Carl Levin raised questions over her thoughts on torture, since she was named in an e-mail written by an agent about a meeting centered on controversial interrogation tactics used at Guantanamo Bay.

Fisher said she didn’t remember attending that meeting, but Levin still wanted to talk to the agent. Then-Attorney General Alberto Gonzales refused to make that agent available to interview.

So, while the country was focused on Hurricane Katrina, Bush used a “recess appointment” to make Fisher the Assistant Attorney General for the Criminal Division.

The Senate finally held a vote on Fisher’s appointment in September 2006. She was confirmed with 61 votes and 35 Nays. Four Senators didn’t vote. All the Nays were from Democrats, with Independent Jim Jeffords of Vermont joining them. 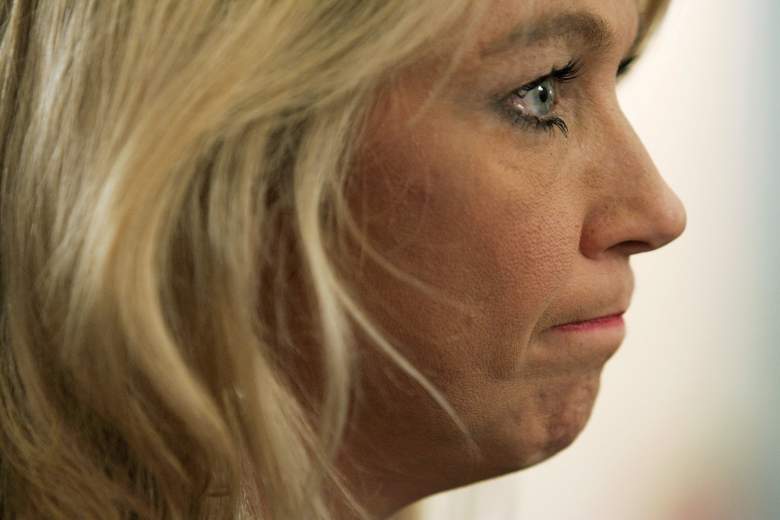 Back in January 2006, it was Fisher who announced that the Jack Abramoff agreed to plead guilty to charges of conspiracy to bribe public officials, tax evasion and mail fraud. Although he was sentenced to six years in prison, he was released after just 43 months.

“As the assistant attorney general in charge of the Criminal Division, combating public corruption is a top priority of mine. I am proud to report that over the past three years, there has been a near 90 percent increase in the number of cases prosecuted by the Public Integrity Section of the Criminal Division,” Fisher said during the press conference in 2006. “We have been doing more to combat public corruption at every level of government, and we will continue to do more.”

Democrats also had concerns with Fisher’s nomination because of her ties to former House Majority Leader Tom DeLay, who accepted bribes from Abramoff. She was a partner at Latham & Watkins already when the firm signed an amicus brief to the U.S. Supreme Court to support a redistricting plan from DeLay. This was mentioned in Vermont Senator Patrick Leahy’s comments about Fisher during a 2005 hearing. Leahy is still in the Senate.

“There have been reports that she has had ties to Congressman Tom DeLay’s defense team. We will also want to know what steps she intends to take to avoid a conflict of interest in the Department’s investigation of lobbyist Jack Abramoff and possibly Mr. DeLay,” Leahy said. “I would like to know her priorities for the Criminal Division. I will be interested in her plans with respect to the growing problem of computer crime and identity theft, the responses to the Supreme Court’s recent sentencing decision, and prosecution of intellectual property theft.”

5. Fisher Has Been Named One of Washington’s Most Influential Women Lawyers in Magazines

In the past, Fisher has been considered one of Washington’s post powerful women attorneys. In 2010, she made The National Law Journal’s list of Washington’s Most Influential Women Lawyers.” In 2011, she found a spot on The American Lawyer’s 45 Under 45 list. In 2013, she was included on the Washingtonian’s Most Powerful Women list.

“I think that the role of women in the legal industry is a very significant and important issue for people to be discussing,” Fisher told Legal Times in 2013. “The promotion of women and the retention of women are issues we should all be focused on. Clients expect it and want to know about diversity efforts. They often want to be involved in diversity efforts. We have done all sorts of events that are focused on retaining junior associates, senior partners and everyone in between.”

Fisher is included on a list of candidates to replace Comey that Fox News obtained on May 12.