Alyssa Elsman, 18, was visiting New York City from Michigan when she was fatally struck by a car in Times Square. (Facebook)

An 18-year-old Michigan tourist who was visiting New York City with her family was fatally struck by a wrong-way, out-of-control car in Times Square on Thursday.

Alyssa Elsman, was identified by the New York Post as the victim killed in the chaotic crash, which left several other pedestrians wounded. Her 13-year-old sister was among those injured.

The car’s driver, 26-year-old Richard Rojas, of the Bronx, fled from the car after striking pedestrians on the sidewalk in the area between West 42nd and West 45th streets, near 7th Avenue. He was arrested close to the scene of the crash.

A GoFundMe has been started to raise money for Elsman’s family to help them pay for her funeral costs and for her sister’s medical costs. You can make a donation here.

1. Elsman Posted a Video From Atop the Red Staircase in Times Square Just Before She Was Fatally Struck

Alyssa Elsman, an 18-year-old Michigan girl, was struck and killed between 42nd and 43rd streets, the New York Post reports. Elsman, who was visiting New York City with family members, was pronounced dead at the scene, according to the Post.
According to the New York Daily News, Richard Rojas drove his maroon Honda Accord along Seventh Avenue just before noon, hitting several pedestrians, including Elsman.

“It looked like he was trying to hit them,” Annie Donahey, 24, told the New York Daily News. “He wasn’t trying to go back on the street.”

Alyssa Elsman posted an Instagram video of Times Square before today's crash. The 18-year old is from Portage, MI. pic.twitter.com/DI4WmhFD4Q

Elsman posted a brief Instagram video at 11:30 a.m. from the top of red staircase at the Crossroads of the World. She was struck and killed by Rojas about 30 minutes later.

Police said the investigation into the crash is ongoing, but Mayor Bill de Blasio said terrorism is not believed to be a motive.

You can read more about Richard Rojas at the link below: 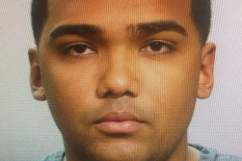 2. Her Sister Is Recovering After Undergoing Surgery

Elsman’s 13-year-old sister was among the 22 other pedestrians injured in the crash, the New York Post reports.

Ava Elsman is a middle school student in the Portage, Michigan, school system, WWMT-TV reports. It is not known if they were in New York City with other family members.

Alyssa and Ava Elsman were planning to return to Michigan next Tuesday.

3. Her Boyfriend Says He ‘Knew Something Horrible Happened’ When She Didn’t Text Him Back & He’s Not Sure How He Will ‘Fill the Void’ She’s Left

Elsman’s boyfriend, Trevor West, who she has been dating since March, told the New York Post he “knew something horrible happened” when she did not text him back Thursday afternoon after he heard about the Times Square crash.

“She would always text me back as quick as she could and when I didn’t hear from her or her friend I knew something horrible happened,” West told the newspaper “I knew something was wrong.”

West said Elsman was “everything” to him.

West said Elsman had told him was enjoying the trip, but was feeling a little sick.

“She felt better in Times Square,” West told the newspaper. “Then I didn’t hear from her.”

Elsman has family in New York and has visited them often.

4. Elsman Went to Portage Central High School in Michigan & Worked as a Car Hop at Sonic

Elsman went to Portage Central High School in Michigan, according to her Facebook page. She graduated in June 2016 and planned to attend Western Michigan University, according to the high school’s newspaper.

She worked as a car hop at the Sonic Drive-In, according to Facebook.

Elsman is survived by her parents, Jyll and Thomas Elsman, along with her sister, Ava, and brother, Carter.

According to the New York Post, Mayor Bill de Blasio visited victim’s families at Bellevue Hospital after the crash. “You are going to have to be strong now,” he could be heard telling family members, the Post reports.

5. The Driver of the Car Has a History of DWI Arrests & Was Accused of Assaulting a Cab Driver While in the Navy in 2012

This is the man Richard Rojas arrested driving a car through Times Square pic.twitter.com/pDTSEKiepI

The driver of the car, Richard Rojas, 26, is a resident of the Bronx. He previously served in the U.S. Navy and is a citizen, New York City Mayor Bill de Blasio said at a press conference.

He served in the Navay from 2011 to 2014, and recently worked as a notary public. He was arrested on May 11 in the Bronx on a menacing charge after police said he threatened someone who came to his house to get an annuity notarized. Police said he put a knife to the man’s throat after accusing the man of stealing his ID.

Rojas has been arrested twice for driving while intoxicated, in 2008 in Queens and in 2015 in Manhattan. He was also arrested in Florida in 2012 for assault and battery.

A 2012 police report from Florida says officers were dispatched to the Mayport Naval Base after being informed an assault and battery had occurred on base and arrested Rojas. The case was dropped/abandoned in February 2013 for reasons that are unclear.

Officers were flagged down by a cab driver and told a green Honda was exiting the base being driven by the suspect. When officers stopped the car, they observed Rojas with an abrasion on his right hand. He yelled, “My life is over,” the report alleges.

The cab driver told police the suspect had attacked him after he refused to pay $44 cab fare. The report said Rojas was active duty Naval personnel.

“The suspect also made threats to kill all police and military police he might see after he (was) released from jail,” alleges the arrest report.

You can read more about Rojas at the link below:

Loading more stories
wpDiscuz
15
0
Would love your thoughts, please comment.x
()
x
| Reply
An 18-year-old tourist from Michigan was fatally struck by an out-of-control driver in a Times Square crash that injured 22 other pedestrians.