A Texas police chief is on leave after Miss Black Texas 2016 accused him of calling her a “black bitch.” NBC DFW reports that Carmen Ponder, 23, says that Commerce Police Chief Kerry Crews threw an insult at her and then had her arrested on a bogus charge of evading arrest. Ponder said in a Twitter post that she and Crews got into it in a Walmart parking lot after a brief encounter on the road. The incident occurred on May 20. When Chief Crews told Ponder that he was teaching his 14-year-old daughter how to drive, the beauty queen said the teen shouldn’t be driving at her age to which Crews replied, “Oh whatever, you black bitch.” Ponder works as a paralegal.

Speaking to the New York Daily News, Montana Bunn, a paralegal, said. “[Ponder] feels humiliated and embarrassed because she’s Miss Black Texas 2016. To be dragged through the mud for a legal issue and being arrested, it’s hindering her emotionally, her title and career path.”

Ponder says in her You Caring page, where she’s raising money for legal fees, that after going into the Walmart store, a plain clothes officer approached her and told her to apologize to Crews. After refusing, Ponder was taken into custody.

While a statement from the city of Commerce calls Ponder a liar and adds that Chief Crews is now leave. An independent investigator is looking into the case. Montana Bunn wants the chief fired and the evading arrest charge dropped. 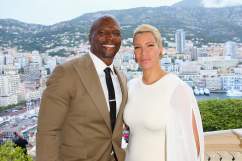 2. Ponder Volunteered to Work With Children Who Are in Foster Car While in College

According to Ponder’s Facebook page, the Texas A&M grad works at the HUnt County District Attorney’s Office in Greenville, Texas. She attended high school at Cedar Hill high in Cedar Hill, Texas. At A&M, Ponder was a legal and gender studies student.

A North Dallas Gazette feature on Ponder says that prior to graduation, she volunteers as a Court Appointed Special Advocate for Hunt County. Her work saw Ponder work with children who are in foster care. The profile describes Ponder as “a young lady on the move and full of positive energy.”

3. Ponder Was Named One of Dallas’ Most Influential College Students in 2016

In May 2016, Ponder was named as one of the most influential college students in Dallas by the City Influencer. Two months later, Ponder would lose the national Black pageant to Miss Alabama, Archie Stewart.

4. A 2015 Commerce Journal Editorial Said That the City Is ‘Lucky’ to Have Crews as Chief

In July 2015, a Commerce Journal Editorial said that the city was “lucky” to have Kerry Crews as police chief. The piece said that Crews “should serve as an example to every police chief across the country in how to conduct themselves with courtesy and compassion.”

I’ve watched him as he’s had to deal with difficult people and difficult situations, and he’s been gracious and fair in his decision making.

In addition to that, Kerry is a fixture in the community, showing up at almost every event, whether as the chief or a citizen, and really serving as the face of law enforcement in the community.

Commerce is lucky to have a man like that as the police chief.

A separate September 2014 Commerce Journal article on Crews described him as a ham radio enthusiast.

A beauty pageant winner from the University of Texas is caught major heat on social media for “not being black enough” earlier in 2017. On April 30, Rachael Malonson, 22, was named as Miss Black University of Texas for 2017. In a Facebook post just after her victory, Malonson explained her feelings about participating in the pageant considering she is biracial. The beauty queen and broadcast journalist said, “I challenged myself by vulnerably expressing obstacles I face as a biracial woman and was not going to leave the stage without letting others know that my blessings and strength are in Christ alone.” 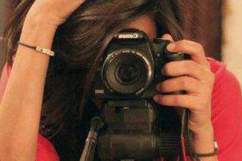