A former FBI translator is accused of “going rogue” and marrying an ISIS terrorist who goes by the name of “Deso Dogg.”

It sounds like the plot of a Hollywood movie starring someone like Jessica Chastain, but in real life the twisted saga landed Greene in front of a federal court.

Court documents refer to Cuspert as “Individual A,” but he’s been identified as Greene’s ISIS husband by numerous media outlets, after CNN broke the news of the relationship between FBI linguist and terrorist, which involved a furtive trip to Syria.

According to CNN, Greene now works as a hotel lounge hostess, and she declined to speak to the network, saying it could put her family in danger. Cupert was believed killed in January 2018 while fighting in Syria, Voice of America reports.

1. Greene, Who Was Also Once Married to a U.S. Soldier, Was Hired by the FBI as a Linguist in Detroit & Was Assigned to Investigate ‘Deso Dogg’

Initially, Greene was a trusted member of the FBI, valued for her skills in the German language. The Czech born Greene, known as Dani, was also once married to a US soldier at a young age, reported CNN, which added that she “attended college at Cameron University in Oklahoma where she was on the dean’s list. She then went to graduate school at Clemson University where she earned a Master’s Degree in history.”

According to the affidavit in support of the criminal complaint against her in federal court, she was ultimately charged with making false statements to the FBI. The investigation began in late June 2014.

In 2011, Greene, who speaks and writes fluent German, was hired by the FBI as a contract linguist and granted a top secret security clearance. She began working with the Detroit Division of the FBI in an investigative capacity.

“Some of her duties involved support of an investigation against a German national, located in Syria, hereinafter referred to as Individual A,” the affidavit says. Again, “Individual A” was Deso Dogg, according to CNN.

The complaint affidavit described “Individual A” as “a leader of an al-Qaeda inspired Salafist terrorist organization that is banned (redacted) due to the participation of its members in violent protests” and said that the terrorist was “currently located in Syria where he is a member of the Islamic State of Iraq and Syria,” ISIS.

During the period of Greene’s work in support of the government investigation into Individual A, Individual A “announced his sworn allegiance to ISIS, and called on Muslim fighters from all over the world to come to Syria to support the group in articles and videos published on Twitter and other online sources,” said the affidavit, which claims that Greene was well aware that Deso Dogg was a member of ISIS when she struck up a romantic relationship with him that led to marriage.

Greene’s lawyer told CNN that Greene was “smart, articulate and obviously naïve…She was just a well-meaning person that got up in something way over her head.”

2. Cuspert Is on the U.S. Terror Blacklist for ISIS Activity & Appeared in a Video Holding a Severed Head

Cuspert is a former German rapper who goes by the name “Deso Dogg.” He has been added to a U.S. terror blacklist due to reported ties to ISIS. He now goes by the name Abu Talha al-Almani, which translates to “Abu Talha the German.”

Cuspert was born to a German mother and Ghanaian father. Ghana has a checkered colonial history with Germany and is on Africa’s West Coast. He was once a rapper and, reported CNN, even “opened for popular US rapper DMX” before becoming radicalized.

In 2015, the U.S. State Department said of Cuspert: “Denis Cuspert is a foreign terrorist fighter and operative for ISIL, a designated foreign terrorist organization. Cuspert joined ISIL in 2012 and has appeared in numerous videos on its behalf, the most recent dating from early November, in which he appears holding a severed head he claims belongs to a man executed for opposing ISIL.”

Born in Berlin, the then 39-year-old Cuspert spent time in jail for various offenses. “Now calling himself Abu Talha al-Almani, Cuspert has pledged an oath of loyalty to ISIL leader Abu Bakr al-Baghdadi and appears to serve as an ISIL recruiter with special emphasis on recruiting German speakers to ISIL,” the State Department reported. The government added: “Cuspert is emblematic of the type of foreign recruit ISIL seeks for its ranks – individuals who have engaged in criminal activity in their home countries who then travel to Iraq and Syria to commit far worse crimes against the people of those countries.”

Cuspert, says the State Department, “has been a willing pitchman for ISIL atrocities. Cuspert is also wanted by the German government on suspicion of involvement in terrorist activities in his home country.”

CNN reported: “Cuspert gained some notoriety as an extremist in 2011 after he posted on Facebook a fake video purportedly showing US soldiers raping a Muslim woman. The video motivated a man to carry out a terrorist attack on the Frankfurt airport, killing two US airmen.”

You can read more about Cuspert here: 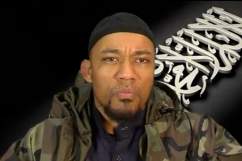 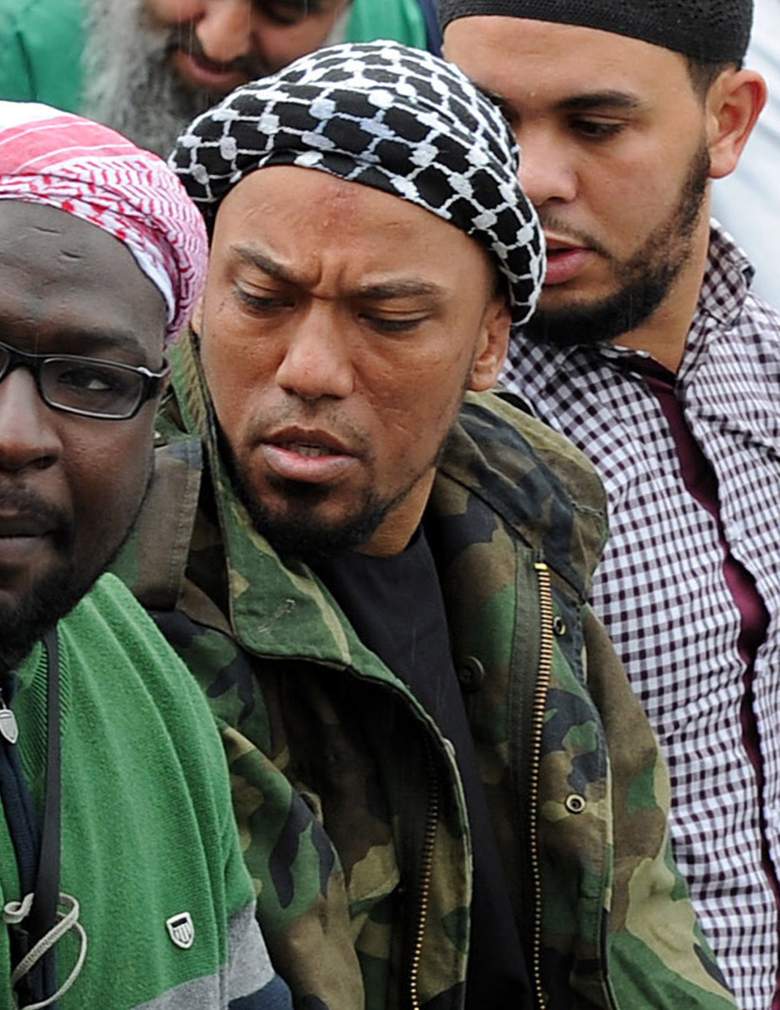 On or about June 11, 2014, Greene told her FBI supervisor and the Chief Security Officer that she intended to “travel to Germany to see her family on June 21, 2014,” federal court documents say. Instead, she planned to meet up with the ISIS terrorist – and in fact did, the documents say. In Syria, she became the terrorist’s wife, living with him for a month, the federal government said in court documents.

Greene was required to submit a Report of Foreign Travel form, “a requirement for all FBI employees and contractors who hold National Security clearances. The purpose of the form is to identify and minimize the potential risks of unofficial foreign travel, both to FBI personnel and to national security and sensitive information,” the documents say.

Greene submitted the Foreign Travel form. She listed her travel as “Vacation/Personal” and described the reason for her late submission of the form as “Want to see my family…” She listed her parents as her destination contacts and was approved for the travel.

However, instead of traveling to Germany, Greene planned to “travel to Turkey, and subsequently to Syria to meet up with Individual A. She did, in fact, leave for Turkey on June 23, 2015,” court documents say.

A debit card issued to Greene was used to purchase tickets in Greene’s name for round trip travel to Gazientep, a city in Turkey located fewer than 20 miles from the Syrian border. Her debit card was also used to purchase tickets in her name for one-way travel to Istanbul, Turkey, with a stop over in Toronto. The same debit card was used to make reservations to stay at the Ergvan Hotel in Istanbul, Turkey, the document say.

The flight manifests for an Air Canada Flight on June 23, 2014 confirmed Greene “was in fact on board this flight.”

Further investigation established that Greene “went to Syria to meet up with Individual A,” the government said. She had access to Skype accounts used by the terrorist and activity on them traced to a “satellite internet provider that… is a service used repeatedly by other accounts associated with ISIS,” said the government.

The government accused Greene of making a false statement regarding her intended itinerary for travel that “masked her intent to travel to Syria to meet Individual A, an ISIS member.”

Upon arrival in Gaziantep, Greene made arrangements through a contact with Individual A “to have a third party assist her in crossing the Syrian border so as to join Individual A. On or about June 27, 2014, Greene met up with Individual A in Syria, married him, and thereafter lived with him for a period of over 30 days,” the government documents, filed in federal court say.

“During that time, Individual A was an active member of ISIL, and engaged in combat against other military forces on behalf of ISIL. During their interactions, Greene informed Individual A that she was employed by the FBI and that the FBI had an open investigation into his activities,” the documents say.

4. Greene Wrote Emails Expressing Regret, Saying ‘I Really Made a Mess of Things This Time’

In July 2015, Greene wrote several emails which the government contends show she knew she “had committed a criminal act.”

She sent an email (it’s not clear to whom) that said:

I am having trouble with my phone and responding to your messages. I was weak and didn’t know how to handle anything anymore. I really made a mess of things this time.

In another email, Greene wrote, according to the government:

And in another email, she wrote:

Not sure if they told you that I will probably go to prison for a long time if I come back, but that is life. I wish I could turn back time some days… God willing I can arrange things, but better to write my mother in my mother tongue only, few people can read that.

Her remorse helped her get a reduced sentence.

5. The Government Asked for a Reduced Sentence for Greene Because She Had a Change of Heart & Cooperated

A government motion argued that Greene should receive a departure from sentencing guidelines and receive two years in prison followed by three years of supervised release.

Greene cooperated with the government.

She “endangered our national security by exposing herself and her knowledge of sensitive matters to those terrorist organizations. Her escape from the area unscathed, and with apparently much of that knowledge undisclosed, appears a stroke of luck or a measure of the lack of savvy on the part of the terrorists with whom she interacted,” the government argued.

Her conduct “skirted a line dangerously close to other more serious charges” and was a “rash action by a trusted employee of the FBI,” said the government, adding that she “violated the public trust, the trust of the officials who granted her security clearance.”

However, Greene had no criminal record and “accepted responsibility for her crime,” admitting it to “law enforcement at the first opportunity and agreeing to cooperate thereafter,” says the government. Her cooperation with the government was “significant, long-running and substantial…after the egregious abuse of her position, the defendant attempted to right her wrongs and to ultimately assist” her country, said the government, which did not spell out the specific nature of Greene’s cooperation.

Specifically, she pleaded guilty to false statements involving international terrorism. In May 2016, the court agreed with the recommendation of the probation office to transfer her supervision to the northern district of New York.