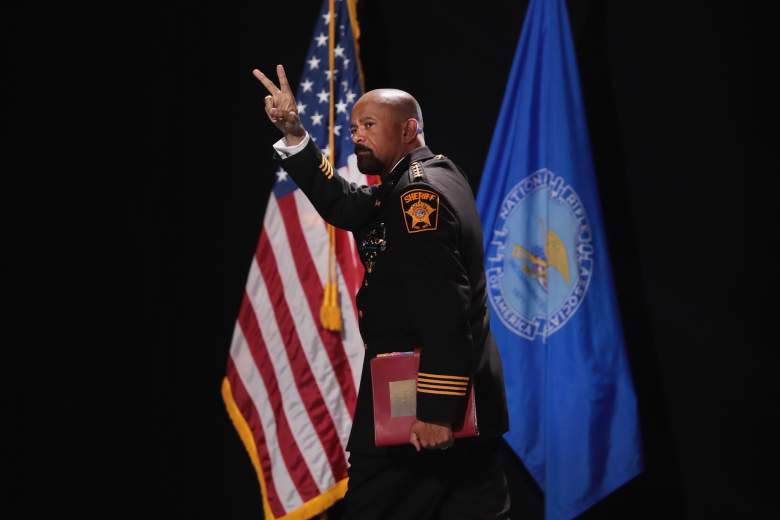 A report by CNN claims that Milwaukee County Sheriff David Clarke plagiarized large portions of his master’s thesis on the subject of security in the United States.

Clarke, who announced earlier in the week that he had accepted an assistant secretary role at the Department of Homeland Security, earned a master’s degree in security studies from Naval Postgraduate School in California.

At the conclusion of his coursework, Clarke wrote a thesis titled, “Making U.S. security and privacy rights compatible.” CNN’s report showed that in the thesis, the controversial sheriff “failed to properly attribute his sources at least 47 times,” a direct violation of the school’s code of conduct.

On the portion of its website regarding academic integrity, the school’s guidelines state that, “If a passage is quoted verbatim, it must be set off with quotation marks (or, if it is a longer passage, presented as indented text), and followed by a properly formulated citation. The length of the phrase does not matter. If someone else’s words are sufficiently significant to be worth quoting, then accurate quotation followed by a correct citation is essential, even if only a few words are involved.”

CNN Investigative Reporter Andrew Kaczynski showed several instances that Clarke lifted from sources, only changing a word or two in some. Those sources included the 9/11 Commission Report, a report from the Pew Research Center, an article in 2012 by the Constitution Project and an article in a 2011 issue of the Homeland Security Affairs journal.

In some instances, Clarke changes a couple words. Example "hiding" from "withholding." pic.twitter.com/Hxs6t1Idai

Another here being "great" changed from "deep." pic.twitter.com/JvtGyNEXvP

In one example, Clarke cited an article by @ggreenwald on a definition of metadata – but came from website called "Osho News." pic.twitter.com/DgoCc88DqL

@ggreenwald In instance like Dahl, he copied his description of remarks by @ChertoffGroup pic.twitter.com/X1E8boLt7j

After the report was published, Lt. Cdr. Clint Phillips said in a statement to CNN that the school has launched an investigation into the matter.

Like all academic institutions, the Naval Postgraduate School takes the integrity of our students’ work very seriously, perhaps even more than our peers given the unique nature of our mission and student body. Standard procedure to any formal accusation of plagiarism is to pull the student’s thesis, and perform an investigation into the validity of the claims.

The university’s academic conduct code, and our procedures in checking for plagiarism at the time of thesis submission, and following graduation, can change from year to year. In this particular case, we would be unable to determine any violation until the full investigation is complete.

Read Clarke’s full thesis in the document below:

Once the blockbuster report was set to be published, Clarke declined comment. But he took to Twitter to try to put the subject to rest before it became a big issue.

This @CNN hack @KFILE oppo research MO is to accuse plagiarism. I'm next. Did it to Rand Paul, Monica Crowley et al. https://t.co/KgoHKermpe

Ample evidence of my previous tweet on @CNN political hack @KFILE. Guy is a sleaze bag. I'm on to him folks. https://t.co/D1kV8kg80G

The fact Clarke was attending school in California made headlines in 2013 when it was reported that he was doing so instead of working back in Milwaukee. A spokeswoman from his office said she didn’t “have any information” on the fact Clarke was studying at the school when prompted.

A report by WISN-TV in Milwaukee finally confirmed the information, saying that Clarke told a member of a TV crew in California that he was trying to get his master’s degree.

“I’m going to school, to the naval postgraduate school,” Clarke said to the crew member. “I’m here for the in-residence portion.”

Students at the school were required to be in residence in California for two weeks every quarter — 12 weeks over the year-and-a-half long program.

Clarke, who identifies as a Democrat, has been outspoken in his time as the sheriff of Milwaukee County.

One of his more controversial statements was on Twitter, when he announced that it’s “pitchforks and torches time” in reference to then-presidential candidate Donald Trump saying that the election system is “rigged against him.” It appeared that Clarke was trying to incite violence if Hillary Clinton were elected president.

It's incredible that our institutions of gov, WH, Congress, DOJ, and big media are corrupt & all we do is bitch. Pitchforks and torches time pic.twitter.com/8G5G0daGVN

In February, Clarke, who’s been a frequent guest on cable news networks (mainly Fox News), posted a photo of him flexing with a picture of Trump on top of a tank with American flags behind him. The caption of the tweet criticized former First Lady Michelle Obama, saying that she “said she was never proud of her country” until her husband was elected.

Michelle Obama said she was never proud of her country til they elected her husband POTUS. I've never been prouder since we got rid of him. pic.twitter.com/pzAxahe7eD

Clarke has been extremely outspoken in the Black Lives Matter movement in recent years, often referring to it as a hate group or a terrorist movement. He did so while writing a column for Fox News titled, “It’s time to stand up to Black Lives Matter.”

In other interviews, Clarke has referred to the movement as Black “Lies” Matter instead of “lives.”

In 2015, Clarke said in a tweet that he forecasted the Black Lives Matter movement “joining forces with ISIS.”

Before long, Black Lies Matter will join forces with ISIS to being down our legal constituted republic. You heard it first here. 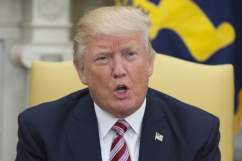