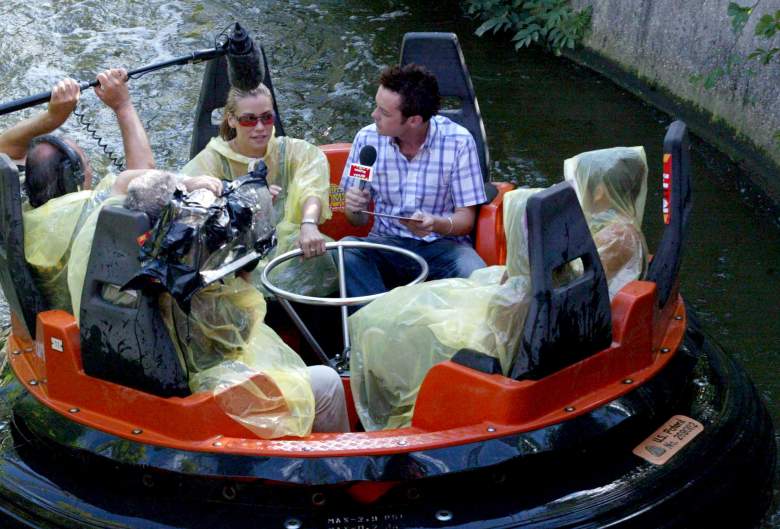 An 11-year-old girl has died after an accident at the Drayton Manor Theme Park in the UK. The child was on a school trip when she rode Splash Canyon with friends.

Splash Canyon is a water ride that is fairly popular and has different variations at theme parks all over the globe. The child was thrown from the ride and needed to be rescued from the water, said to be about five feet deep. She was airlifted to Birmingham Children’s Hospital, but was pronounced dead a short time later, according to CNN.

“On arrival, crews discovered a girl with serious injuries who had been rescued from the water by park staff. Ambulance staff administered advanced life support before she was flown to Birmingham Children’s Hospital with the doctor continuing treatment en route. Unfortunately, shortly after arrival at hospital the girl passed away,” a West Midlands Ambulance Service spokesman said.

1. The Child Has Been Identified as Evha Jannath

Evha Jannath was a sixth year student at Jameah Academy in Leicester. Her family released a statement following this tragic accident.

“Yesterday our world was torn apart by the news that our daughter and sister Evha, had lost her life in tragic circumstances, following a school trip to Drayton Manor Park. Evha was a beautiful little girl who was full of love and always smiling. Words cannot describe the pain and loss we feel, we are devastated that we will not see our beautiful little girl again.”

2. She Was ‘Standing Up’ When the Ride Hit a Rock

Drayton Manor will remain closed tomorrow as a 'mark of respect' https://t.co/yFnGj2nxLP pic.twitter.com/5y13fRV9XF

According to the Daily Mail, Jannath was standing up on the ride when it hit a rock and sent her into the water. She was trying to “change seats” with a classmate after the ride was already in motion.

A parent who had witnessed the whole thing told the Daily Mail, “When the girl got up to change seats just then it hit a rock and she got knocked out of the boat and fell in the water and the water currents dragged her in.”

“The kids started screaming and told the staff at the park that their friend has fallen in the water. The teachers came and said that the girl was missing that’s when they took it seriously and stopped the ride and started looking. There was four other girls on the same boat with the girl and the teacher’s boat was behind.”

The video below shows the full ride.

3. She Was Airlifted to a Nearby Hospital

“The first I knew something was wrong when I saw staff running over to the ride and turn people away. Minutes later an air ambulance appeared overhead. All you could hear was crying coming from the steps leading to the ride entrance. It was awful. Somebody said a little child had drowned but you just don’t know. The emergency services were on the scene so quickly. I saw the air ambulance land but it didn’t take off again. I just hope the kid was OK,” theme park goer Graham Johnstone, 40, told the Daily Mail.

Jannath was taken by helicopter to Birmingham Children’s Hospital but, despite desperate efforts to save her, she succumbed to her injuries. An exact cause of death is unclear at this time, but will likely be revealed following an autopsy.

Following today’s tragic events, Drayton Manor Theme Park will be closed on Wednesday 10th May as a mark of respect to the family. pic.twitter.com/lajTvTxFHX

The park released a statement following the tragedy and remains closed today.

“It is with great sadness we have to report that a young girl has passed away at Birmingham Children’s Hospital following an incident on one of the park’s water rides this afternoon. The theme park staff tried to help her and an air ambulance airlifted her to a hospital nearby,” company director of Drayton Manor Park, George Bryan, said in a statement.
Splash Canyon may be closed for additional time after the park reopens.

Thorpe Park in Surrey has decided to close its similar water ride, Rumba Rapids, “as a precaution.”

A police spokesman confirmed that a “Health and Safety Executive investigation” has begun with the “full support of Staffordshire Police.”

5. This May Not Have Been the First Time a Child Was in Danger on This Particular Ride

A woman named Vikki Treacy has come forward to talk about an incident on the same ride that happened four years ago. She said that her son fell into the water, being thrown from the ride back in 2013.

“I just don’t think anything has been done since Patrick fell in. If it’s that important not to stand then lap belts should be installed. It was an accident waiting to happen,” she told the Daily Mail.

Treacy also said that theme park personnel did not come to the ride after her son fell in. She claims that she had to find an employee to inform them that her son had fallen into the water.