The beating of the 53-year-old vendor – a fixture at his neighborhood purse stand – was captured on cell phone video. You can watch the video below, but be aware that it’s disturbing.

Police identified the suspects as Enrique Foote and William Burgess. Altogether, though, the video captured five suspects, including one who calmly eats food as he walks away from the scene, leaving Porgo behind severely injured on the street.

1. The Widely Circulated Video Shows the Suspects Beating Porgo, Who Was Seriously Injured

The disturbing beating was captured in broad daylight on cellphone video. According to ABC 7, it occurred May 3 at the corner of East 149th Street and Third Avenue in the Melrose section while Porgo was selling purses.

Souleymane Porgo is a Burkinabe native who is currently fighting for his life at Lincoln Hospital. On Thursday, a man attempted . #justice pic.twitter.com/93CgrT0BPg

According to The New York Daily News, Porgo “was set up in his usual spot on E. 149th St. and Third Ave., where he has hawked books, socks and other goods for over a decade with his brother.”

2. Porgo Had Confronted One of the Suspects About a Stolen Purse

The Daily News reports that Porgo had earlier confronted one of the men about a stolen purse, and he’d vowed to return with friends – and did.

According to ABC 7, “Before the attack, one of the assailants allegedly tried to steal a purse. Police say the vendor stopped him. Then the would-be thief allegedly said he would come back.”

Foote was accused in an NYPD wanted poster of punching the victim and knocking him to the ground “causing serious injury,” along with the other suspects.

Here’s the wanted poster for Burgess:

Police have not yet identified the other suspects. On May 7, News 12 reported that Porgo remained in critical condition at the hospital.

3. A Fundraising Site Was Set Up to Help Porgo & His Family 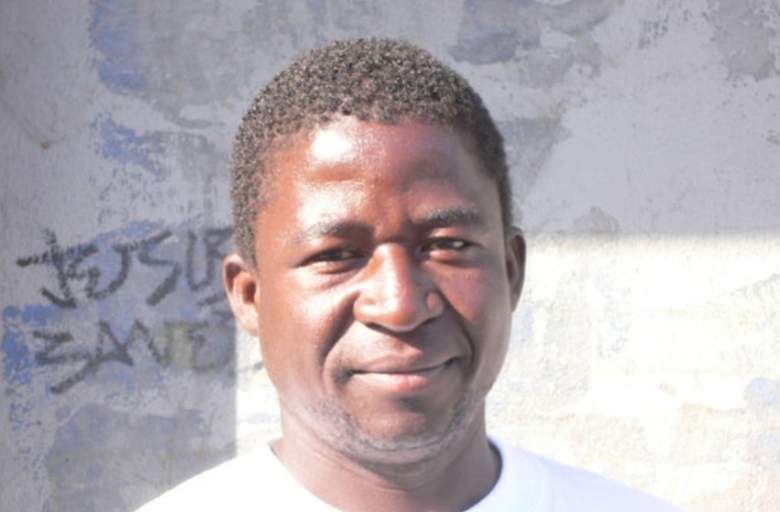 More than $23,000 has been raised on a GoFundMe site set up to help the vendor.

The site says, “We are raising money to help Souleymane Porgo, a street vendor who has sold books & handbags for more than 10 years at 149th Street and 3rd Avenue in the Bronx. Souleymane was viciously attacked by five people on Tuesday and is now in a coma, with a fractured skull, at Lincoln Hospital.”

4. Porgo Is a Married Father From Burkina Faso

Great turnout in Bx demanding justice 4 #SouleymanePorgo We must protect our #immigrant brothers & sisters. We have no tolerance for hate pic.twitter.com/XVM0MXoLQE

Souleymane, an immigrant from Burkina Faso, has a wife and two small daughters, the GoFundMe site reports.

He is a member of the Street Vendor Project organization. “We visited him and his family at the hospital this morning to offer our support,” the project wrote on GoFundMe. “Any funds will be donated to Souleymane and his family to help pay medical bills, lost wages while Souleymane is out of work, and other expenses.”

The community has rallied around Porgo and his family. Community vigils have been held since the attack seeking justice for Porgo.

5. Porgo Had Worked as a Street Vendor for Ten Years on the Corner

Join me in praying for the recovery & healing of Souleymane Porgo, our brother brutally attacked last wk. We send ❤️ to his family & friends pic.twitter.com/Is3nHlX4Fp

Porgo was well known in the neighborhood, according to ABC7. News 12 reported that “friends of the victim say he worked 10-hour days, seven days a week on the same corner for 10 years.”

The television station reported that the man who recorded the video “says he could hear the victim’s head cracking onto concrete from across the street. Police say the attackers fractured his skull and caused bleeding in his brain.”

Porgo, described as “well-known in the community” and a fixture on the street for 10 years, was taken to the hospital, according to the television station.