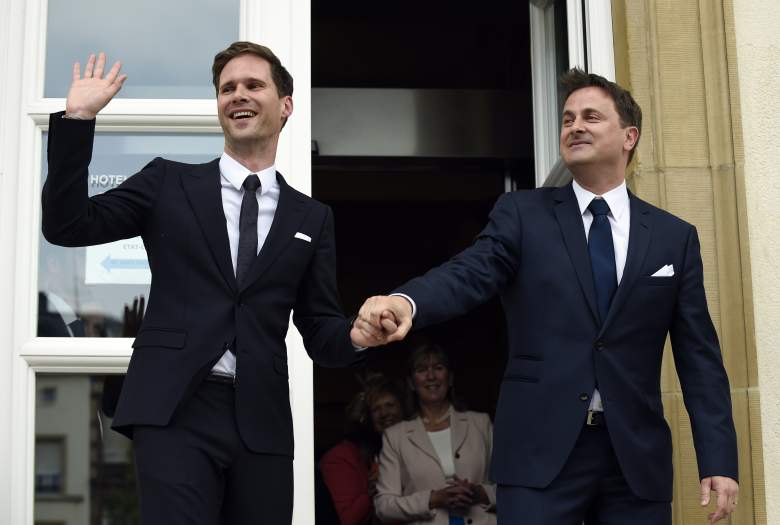 Luxembourg Prime Minister Xavier Bettel, right, holds hands with his companion Belgian architect Gauthier Destenay during their wedding in Luxembourg on May 15, 2015. (Getty)

Before that, Bettel, a member of the Democratic Party, served as the mayor of Luxembourg City. He’s openly gay and has said on occasion that citizens of Luxembourg don’t consider the fact whether someone is gay or not when casting their votes.

When he was elected, he became the third openly gay head of government ever, and is currently the lone openly gay world leader. He’s been married to Gauthier Destenay for two years after the couple dated for five prior to the ceremony.

When same-sex marriage law reforms went into effect in Luxembourg a few of years ago, the couple were one of the first in the nation to tie the knot.

1. The Couple Got Married In a Private Ceremony In 2015 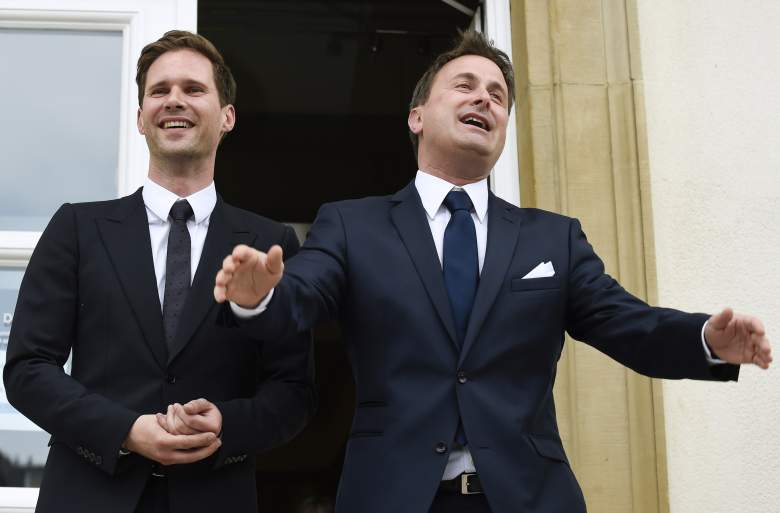 Bettel and Destenay have been partners since 2010 and first got engaged in 2014. It was Destenay that was the one who asked.

“He asked me, and I said yes,” Bettel said of Destenay to The Los Angeles Times.

The wedding took place about one year later. On May 15, 2015, Bettel became to first European Union leader to marry someone of the same sex — the second worldwide leader (Jóhanna Sigurðardóttir of Iceland). They took advantage of Luxembourg extending full rights to same-sex couples and became one of the first gay couples in the country to do so.

“I have just one life, and I don’t want to hide my life,” Bettel said to the L.A. Times. “But I was not the ‘gay candidate.’ … People didn’t vote for me because I’m gay or I’m straight.”

The private, quiet ceremony took place in front of family and friends and press photographers were banned from inside the building.

“(Bettel) does not want to put his private life in the public spotlight and he has turned down requests from the celebrity magazines to cover the event,” a friend of the couple told Agence France-Presse about the guest list. 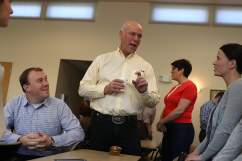 2. Destenay Is an Architect From Belgium 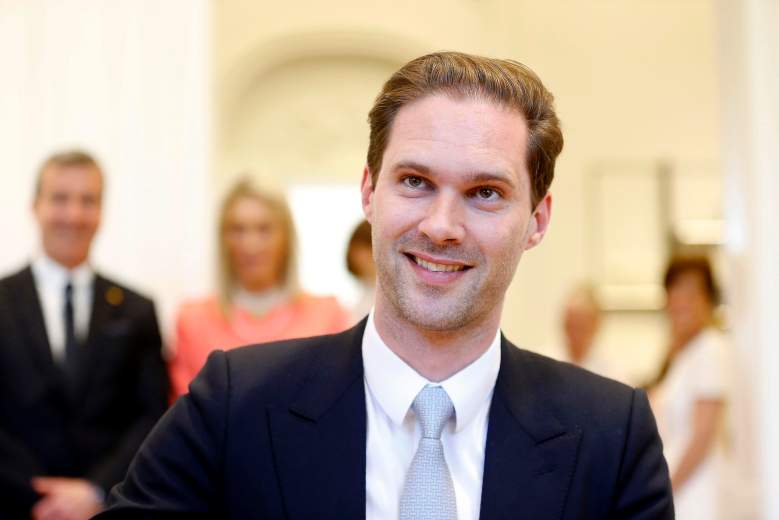 Destenay has an interest and went to school to become an architect.

He’s from Belgium and works for A3 Architecture as an associate architect. He got the job after obtaining his degree in architecture from the University of Liege’s Institute of Architecture.

Destenay has appeared with his husband at a number of public events, such as the royal wedding of Prince Guillaume and Princess Stéphanie in 2012. 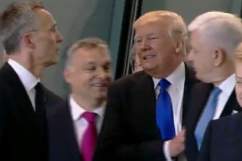 WATCH: Trump Pushes NATO Leader Aside to Be In Front of Group

3. Destenay Made Headlines In a Photo With Other Foreign Leader’s Spouses 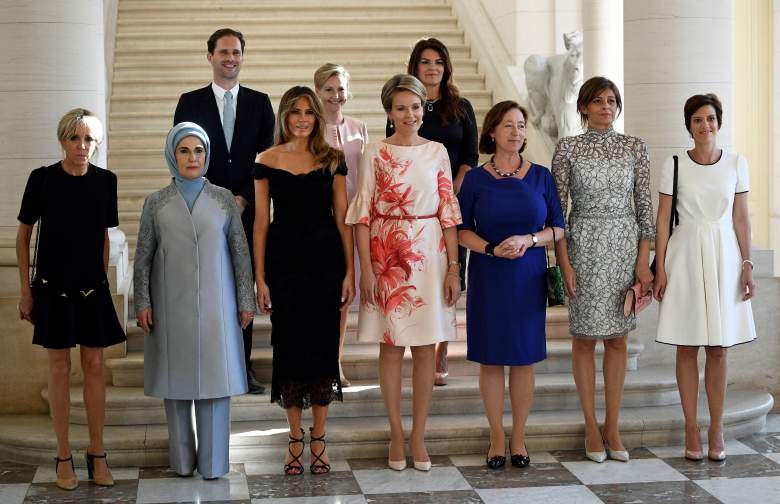 The group of spouses posed for photos at Royal Castle of Laeken ahead of a dinner specifically planned for them.

Destenay was dressed in a black suit with a grey tie and was directly behind Melania for the photo op.

4. The Couple Were Invited to The Vatican to Meet With the Pope 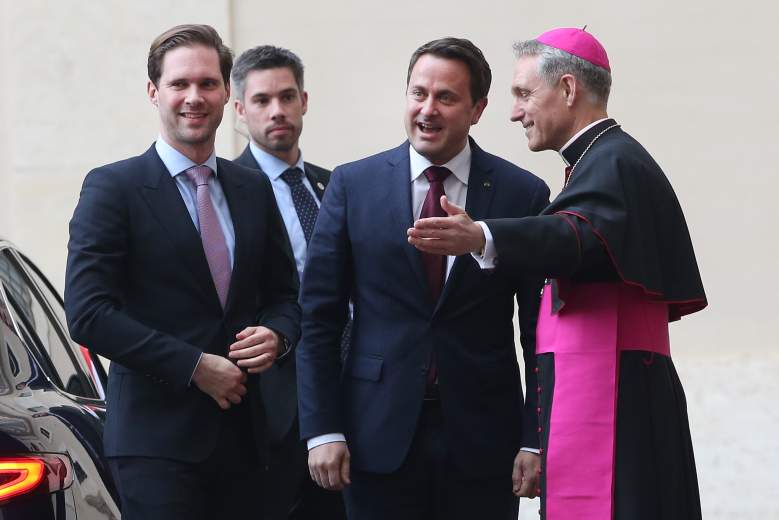 Luxembourg’s Prime Minister Xavier Bettel and partner Gauthier Destenay are welcomed by the prefect of the papal household Georg Gaenswein as they arrive at the Apostolic Palace on March 24. (Getty)

It was a celebration of the 60th anniversary of the European Union’s Treaty of Rome, the founding treaty of the group.

Bettel and Destenay were present for the event, which was held in Rome back in March. They were invited to the Vatican by Pope Francis, which sent a “powerful message” on the pope’s position on gay rights, Forbes wrote.

The couple were greeted at the Vatican by Archbishop Georg Ganswein at the gates and spoke with Pope Francis during the event.

It was a great pleasure and honour for me and Gauthier to be welcomed by the leader of the Catholic church. XB https://t.co/v4lF5AppIM

“The Vatican has just taken a new step in its forced relativisation of homosexuality, which is what Pope Francis had attempted with the texts of the synod on the family,” Media-Presse, a Catholic information website wrote in an article shortly after the couple were welcomed at the Vatican. 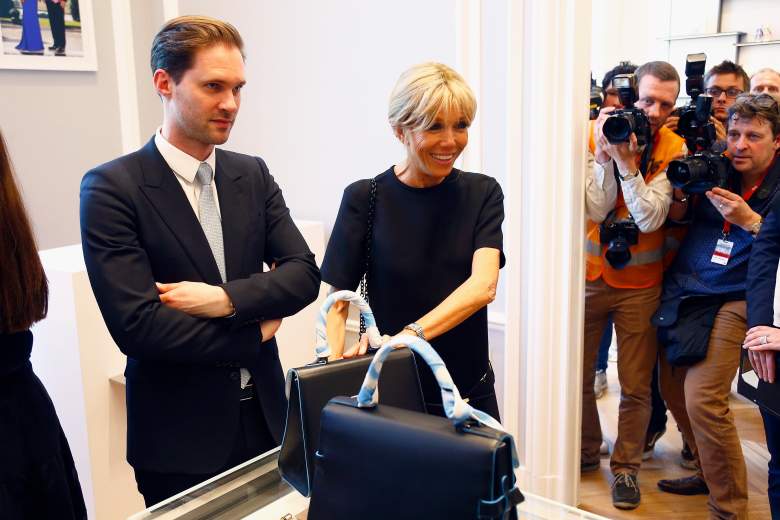 Since they started dating, Bettel and Destenay haven’t been shy about being seen in the public eye together.

Bettel was first elected to the parliament in the country when he was 26-years old, in 1999. He told the L.A. Times that from then on, he would receive invitations to events clarifying it’s intended for a male and a female guest. He added that if his husband isn’t included in the invitation, he will not attend.

“I had invitations for the first two, three, four years where it was ‘Monsieur and Madame.’ But now it’s clear in everybody’s mind. If I’m not invited with Gauthier, I won’t go,” Bettel said to the newspaper.