A gay couple traveling with three young children and an octogenarian grandmother allege that Southwest Airlines discriminated against them last weekend, by refusing to allow them to board during family boarding on the grounds that they’re not actually a family. Here’s five things you need to know about Grant Morse, his family and their flying experience last weekend:

1. The Family Has Flown That Route With Southwest Many Times Before

Grant Morse, his husband Samuel Ballachino, and their three children (a five-year-old girl and twin three-year-old boys) live in Naples, Florida. Morse is a frequent flyer who told NBC-2.com that he accrues more than one million frequent-flyer miles with Southwest Airlines each year, and usually has no trouble.

However, as first reported by WGRZ out of Buffalo, New York, something unusual happened Saturday night, as the family attempted to fly from Buffalo to Fort Lauderdale.

“I feel as though we were profiled the minute we walked up the boarding area,” Morse said during a Sunday-night phone call with WGRZ. “This gate agent immediately approached my spouse and said this is for family boarding only, and my spouse looked up and said, ‘Well, we are a family. It’s myself, my spouse, and our three children.’ She said it’s family boarding only and got very sarcastic.”

In addition, Morse said, his 83-year-old mother was not able to sit with them, but instead was placed in an emergency exit seat. In his Facebook post dated May 21, Morse noted that “Mom had to sit in the exit row, alone. 83-years-old and frail, and the entire plane was at risk if an emergency were to occur.”

2. Southwest Airlines Says The Issue Has Nothing to do With Discrimination

When WGRZ contacted Southwest about the matter, the airline referred to its online boarding policy, which states in full that: “An adult traveling with a child six years old or younger may board during Family Boarding, which occurs after the “A” group has boarded and before the “B” group begins boarding. If the child and the adult are both holding an “A” boarding pass, they should board in their assigned boarding position.”

But this policy, as worded, is open to misinterpretation: does it mean one adult per under-six child, or one adult, period? The Morse/Ballachino family, after all, tried flying in a group consisting of three adults and three children under six. Morse told BuzzFeed that he interpreted it to mean one adult per child.

“Does that mean if you have six kids under 6 they’re only going to allow one adult on board? That’s bullshit,” he said. “I always see during family boarding a mother and a father with one kid getting on board.” Furthermore, Morse continued, on the same night he and his family were denied family boarding, he saw a heterosexual married couple allowed “family” boarding while he, his husband and their kids had to wait.

Morse also said that when his family of six was finally allowed to board, flight attendants had only saved them four seats together.

3. Morse and the Airline Give Conflicting Accounts of What Happened

According to an emailed statement by Southwest company spokesperson Brandy King, the unnamed Southwest gate agent objected to Morse’s tying to board with his elderly mother:

The conversation in the boarding area had nothing to do with discrimination, we welcomed both parents to board the aircraft with their children. The parents expressed disappointment that the Family Boarding policy was not applicable to another member of their group. Prior to the departure of Flight 5136 from Buffalo to Fort Lauderdale on May 20, we welcomed all families to board the aircraft during Family Boarding between the “A” and “B” boarding groups. Our Operations Agent informed two parents that another member of their group was ineligible to board under Family Boarding and asked that she board in her assigned boarding group. The two parents did not agree with our policy, and our Flight Crew worked to save seats together on the aircraft for the family as the conversation continued in the gate area. Our Family Boarding Policy is explained on Southwest.com and our Employees work hard to follow the policy to accommodate families traveling together while also maintaining boarding priorities for all of our Customers.

We welcome onboard hundreds of millions of Customers each year. Southwest neither condones nor tolerates discrimination of any kind. Our Company could not survive if we believed otherwise. In fact, a cursory view of our workforce, as well as our expansive, multi-cultural Customer base, is a reliable indicator that we exalt and appreciate diversity.

But Morse calls this version of events “false. That is 100% not accurate.” He told WGRZ that the gate agent said nothing about his mother, nor that only one adult could board early with the kids; instead, Morse said, the agent said that only families can board (with the implication, of course, that Morse and his family were not actually a family).

4. Morse Says the Gate Agent and Supervisor Both Refused to Answer Simple Questions

The gate agent (left) and supervisor (right) whom Morse blames for his boarding problems. (Screenshot from Facebook)

When Morse first posted his story to Facebook on May 21, he described a confusing scenario wherein the gate agent and her supervisor refused to answer some rather obvious questions.

Morse says that when he and his family tried to board, the gate agent refused him multiple times on the grounds that the flight was currently allowing only families to board:

The family stood there for about five minutes while families boarded the plane. Then, Morse said, when the gate agent again announced, “Family boarding, families can now board,” Morse and his family tried to board, only to have this exchange with the gate agent:

We approached and she loudly stated, “You. Can’t. Go. This is for families only.”
I said, “We are a family: two legal dads, three kids, and our frail mother.”
She stated, “You cannot board.”
I was absolutely amazed and asked why, since we are a family.
She stated, “The kids and parents only.”
We said we are both parents.
Then she clearly stated only one adult and three kids can board. I was SHOCKED! She actually was denying family boarding to one of the legal fathers.

When Morse asked how one person was supposed to push three strollers and get three kids settled in their seats, he says the gate agent “mumbled something and slammed the door shut.”

When Morse later demanded to speak to the gate agent’s supervisor, he said the supervisor “defended the agent and continually stated she was not discriminating. She was! The supervisor said we couldn’t board until she talked with the boarding agent. The supervisor then said they saved four seats at the rear of the plane. Hmmm. Four seats fit three kids and one adult. They still did not get it! So sad. One parent sat with two kids in one row, and the other with one child in a different row, alone.” 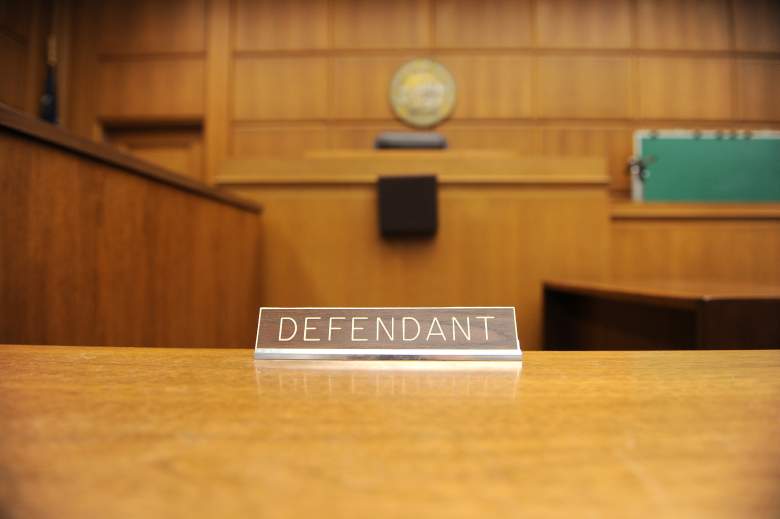 A view of the defendant’s table in a courtroom (Getty)

Morse told the Huffington Post that he’s considering bringing a lawsuit against Southwest, though if he did, he’d give away any damages he won.

“If an attorney tells me there’s a case, as of today I’ll probably move forward with it,” he said. “But I’ll make it clear that any proceeds will be donated to a charity to educate companies about prejudice. There’s no doubt in my mind this [incident was] discrimination.”

As of presstime, Morse says he has not heard from Southwest. He did write to the Department of Transportation, who said they told Southwest to contact Morse and copy their response to the DOT. On May 23, Morse took to Facebook to say: “Hello everyone. I would like to clarify one thing. Southwest claims that grandma was not eligible for family boarding… They need to read their own family boarding policy! “An adult is eligible to board with a child under the age of six” How much more clear can this be. In our family we have three children under the age of six traveling and we have two fathers and one grandmother. One adult supervising one child for boarding. Plain and simple case closed. To further clarify, the gate agent clearly refuse[d] one of the parents the right to board. The gate agent was only allowing one parent to board with all three children. The other parent and the grandmother were refused. This is such a simple case! Shame on Southwest airlines. Three days later and no one has even reached out to me.” 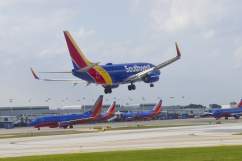 Are Southwest Airlines Flights Canceled Because of the Blizzard?

Read More
5 Fast Facts, Breaking News
Grant Morse says a Southwest Airlines gate agent denied him, his husband and their three young children family boarding privileges because they were not a family.