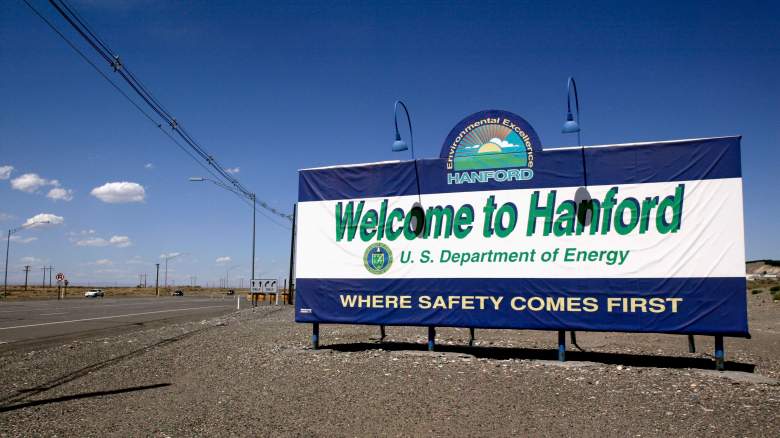 A sign is seen as you enter the world’s largest environmental cleanup project at the Hanford Nuclear Reservation in 2005 near Richland, Washington. (Getty)

It’s known as the most contaminated nuclear site in the United States. And now there’s been another crisis declared at the location.

Workers at Hanford Nuclear Reservation, located in southeastern Washington, were evacuated Tuesday after a portion of a tunnel that contained rail cars full of nuclear waste collapsed.

The collapse is connected to the PUREX building on site, a plutonium/uranium extraction plant. As of December 31, 2016, Hanford had 9,173 employees.

The workers at the site were evacuated and advised not to eat or drink anything at the site while the Department of Energy investigated the incident.

Here’s what you need to know about the site:

1. The Site Was Home to the First Plutonium Reactor In the World 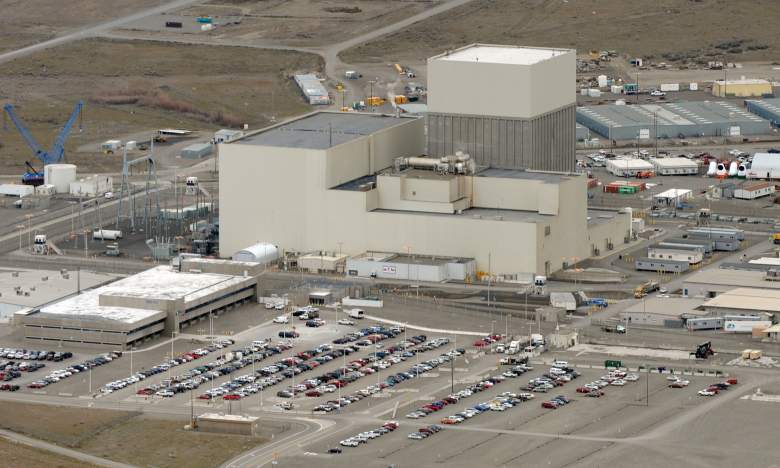 Aerial view of the Columbia Generating Station in Richland, Washington in 2011. (Getty)

The nuclear site was created in 1943 in collaboration with the Manhattan Project, the research and development plan during World War II that produced the country’s first nuclear weapons.

It’s been known by numerous names over the years, such as the Hanford Project, Hanford Works, Hanford Engineer Works and finally the Hanford Nuclear Reservation.

The site produced the B Reactor, which at the time was the first full-scale plutonium production reactor in the world.

The B Reactor was built on a large scale and was different because it used water as a coolant. Previously, air was used as a coolant. The water was brought in from the Columbia River and had to be treated once brought in. It was transported by aluminum tubes at about 75,000 gallons per minute.

The site turned Hanford into an “atomic boomtown” at the time and its population rose to 50,000 people by the summer of 1944.

Plutonium manufactured at Hanford was used in the first-ever nuclear bomb produced by the U.S. and also in Fat Man, the bomb that was detonated over Nagasaki, Japan.

In 2007, Hanford represented two-thirds of the United States’ high-level radioactive waste by volume. 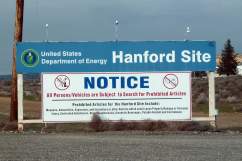 2. The Site Produced Plutonium Used for Thousands of Nuclear Weapons During the Cold War 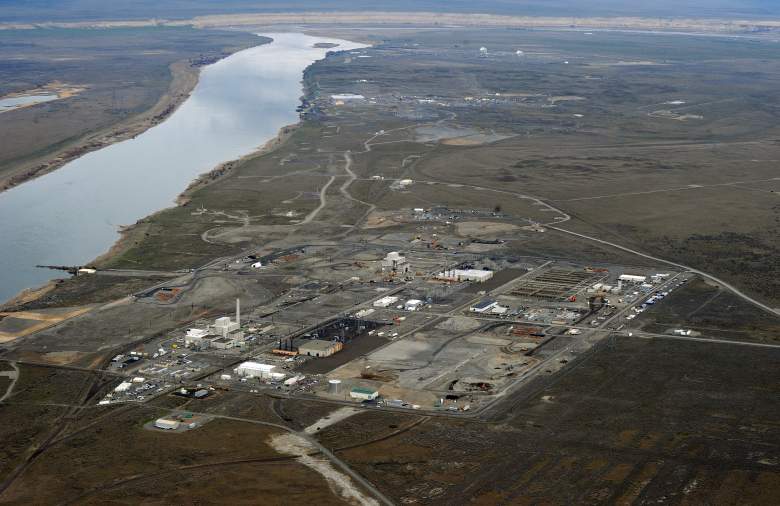 After years of steady work during WWII, production at the site slowed down until the Cold War.

During that time, the site had nine nuclear reactors and five plutonium processing complexes.

Hanford produced the radioactive material for most of the 60,000 nuclear weapons that were built at the time to add to the U.S. nuclear arsenal.

As the years moved on, technology improved and the site and its plans developed at a fast pace. Many scientists at Hanford achieved many firsts at the site during the period.

But many of the safety and waste containment procedures at the site weren’t adequate and operations at the site released a lot of radioactive materials into the area in the region and also directly into the Columbia River.

The Area: A Journey through the Hanford Nuclear ReservationA recent graduate from Utah State University (Cameron Salony) accepts a job with the Department of Energy at Hanford and soon finds that his new workplace is a former site of plutonium production during WWII and the Cold War, but today is part of the world‟s largest environmental cleanup. However, he soon realizes that the…2011-10-19T01:07:09.000Z

At the end of the Cold War era, weapons production reactors were decommissioned by the government. But that left Hanford with about 53 million gallons of radioactive waste to take care of. 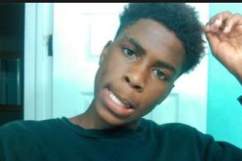 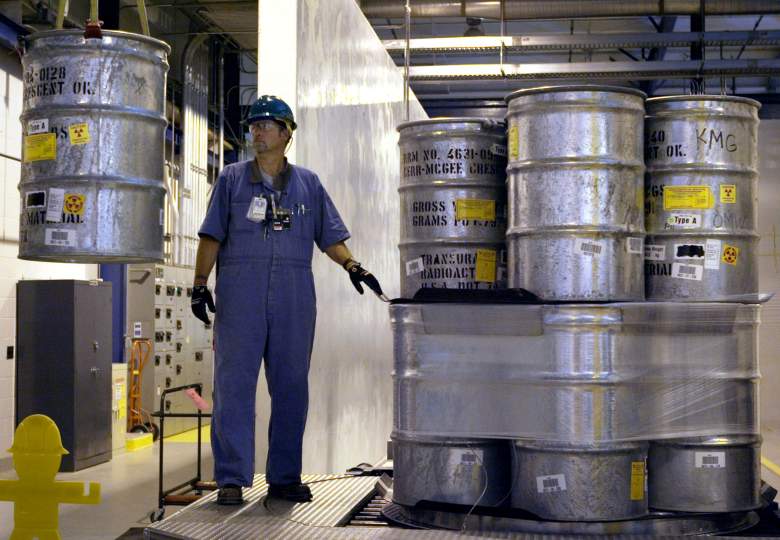 55-gallon drums containing transuranic waste are prepared for shipment at the Waste Receiving and Processing facility on the Hanford Nuclear Reservation in 2005. (Getty)

In an effort to contain the large quantities of radioactive material, the U.S. Department of Energy decided to store it in 177 storage tanks underneath the site.

In 2011, the DOE opted to take the waste from the old tanks and consolidate it into newer ones with better technology. In doing so, the agency discovered another crisis.

Fourteen of the tanks used to hold the radioactive material were leaking at a steady rate — 640 gallons per year — into the groundwater since 2010. They hatched a plan and changed how often they monitor the tanks. 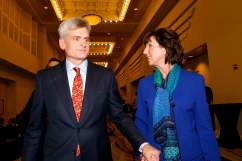 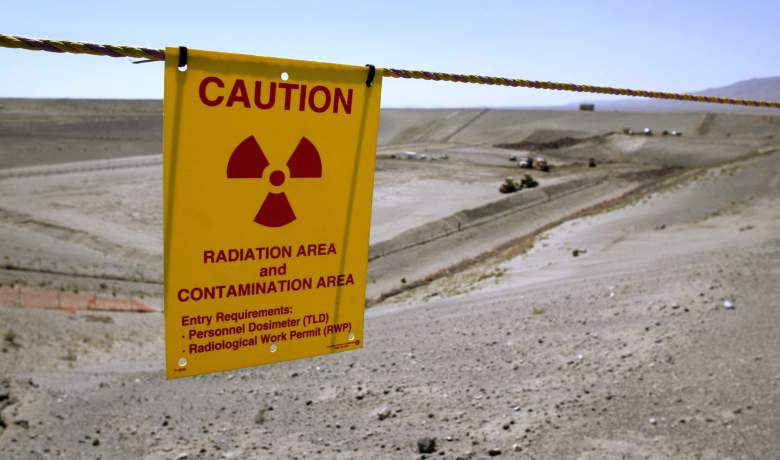 The Environmental Restoration Disposal Facility at the Hanford Nuclear Reservation in 2005. (Getty)

Many efforts to contain the leak were made in the later years, but it was reported in 2016 that it’s only worsened since then.

Alarms sounded in 2016 at the site and a camera lowered into the storage area found over 8 inches of “radioactive and chemically toxic waste” that seemed into the annulus, KING 5 reported.

But the DOE wasn’t phased much by the discovery, saying the widespread leak was “anticipated” as part of emptying the waste from the tank.

Washington’s Department of Ecology said “there is no indication of waste leaking into the environment or risk to the public at this time.”

But Mike Geffre, a former worker at the facility, called the expansion of the leak a big deal to KING 5.

This is catastrophic. This is probably the biggest event to ever happen in tank farm history. The double shell tanks were supposed to be the saviors of all saviors (to hold waste safely from people and the environment). 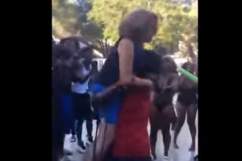 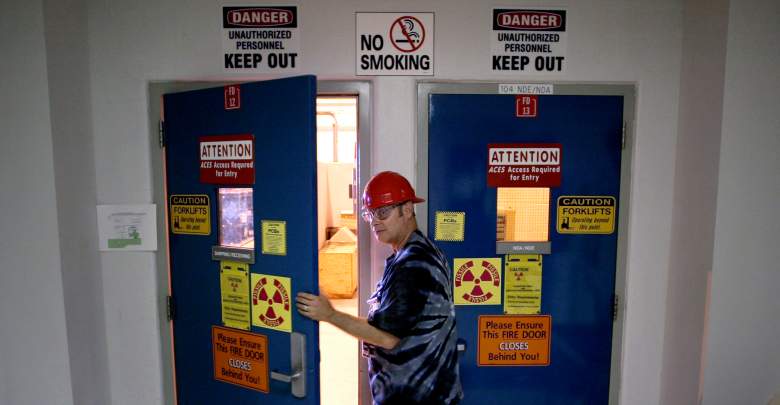 A safety inspector enters the processing room at the Waste Receiving and Processing facility on the Hanford Nuclear Reservation in 2005. (Getty)

With massive leaks continuously making an impact at the area, the DOE launched what’s been known as one of the largest nuclear cleanup efforts in the world.

Since it was created, Hanford discharged about 450 billion gallons of liquids to soil disposal sites.

Protecting the Columbia River: The Hanford CleanupMore than 40 years of plutonium production for America's nuclear weapons program extensively contaminated the Hanford site in southeastern Washington. Following the end of plutonium production in 1989, Oregon joined with federal, state and local governments, Native American Tribes, and citizen groups, to advocate for and compel the Hanford cleanup. Hanford site workers are now…2011-05-02T16:31:59.000Z

The cleanup officially began in 1989 with an agreement between the DOE and the U.S. Environmental Protection Agency and the state of Washington. The agreement is called Tri-Party Agreement had a goal of bringing Hanford into compliance with federal environmental regulations.

The cleanup had a footprint of 586-square miles and still has about 82-square-miles of cleanup remaining.

The effort has accomplished many things since it was created, including moving over 2,300 tons of spent nuclear fuel stored near the Columbia River to dry storage, stabilizing and shipping over 20 tons of leftover plutonium away from the site and treating over 16 billion gallons of contaminated groundwater.

Read More
Breaking News, nuclear
Workers at the Hanford Nuclear Site have been evacuated after a tunnel collapse at one of the facility's plutonium processing plants.