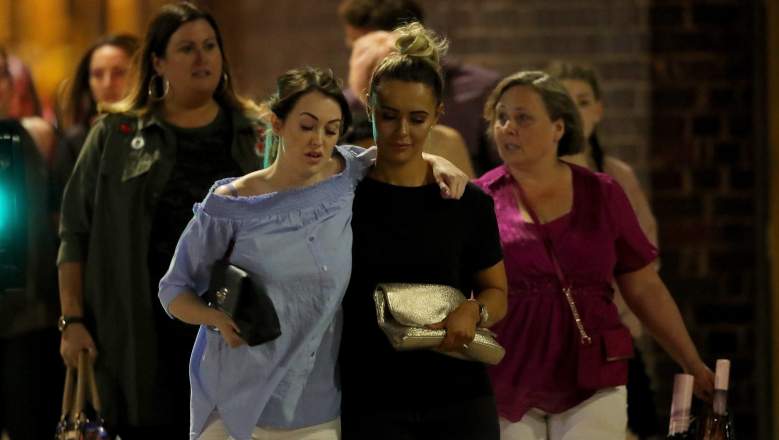 The Islamic State has claimed responsibility for the suicide bomber attack outside the Manchester Arena in Manchester, England, where singer Ariana Grande was performing. The attack on Monday night left 22 people dead and at least 59 others injured.

The Associated Press confirmed that the extremist group, also known as ISIS or ISIL, said one of its members carried out the attack. ISIS’ own media also sent out a statement, claiming that a “soldier” placed the bomb that detonated. The statement refers to the victims as “Crusaders.”

The statement came just minutes after the Greater Manchester police confirmed that they have arrested a 23-year-old man in connection with the attack, but did not release his name. The person is not the bomber, who died in the attack.

With regards to last night’s incident at the Manchester arena, we can confirm we have arrested a 23-year-old man in South Manchester.

ISIS waited hours to take responsibility for the attack, but there were reports that its supporters were “celebrating” the attack.

The suicide bomber has been identified as Salman Abedi. Prior to the arrest of the 23-year-old, Greater Manchester Police Chief Constable Ian Hopkins said in a televised press conference that police currently believe the attack was carried out by one man.

“We believe at this stage the attack last night was conducted by one man,” Hopkins said. “We believe the attacker was carrying an improvised explosive device, which he detonated, causing this atrocity.”

For those still searching for loved ones, authorities have set up an emergency hotline at 0161 856 9400 to contact.

Within moments of the explosion, police said they were investigating it as a “terrorism incident.” Prime Minister Theresa May strongly condemned the attack, which targeted young people, many of whom were hoping to enjoy a concert with their parents and friends.

“It is now beyond doubt that the people of Manchester and of this country have fallen victim to a callous terrorist attack. An attack that targeted some of the youngest people in our society with cold calculation,” May said after an emergency cabinet meeting, CNN reports. “We struggle to comprehend the warped and twisted mind that sees a room packed with young children not a scene to cherish but as an opportunity for carnage.”

Grande herself was not injured in the attack, which happened just after she finished performing and pink balloons fell from the ceiling. Some witnesses even told the BBC that they thought the explosion was popping balloons at first. “broken,” Grande tweeted. “from the bottom of my heart, i am so so sorry. i don’t have words.”

U.S. President Donald Trump called the terrorists “evil losers” during a speech in Bethlehem Tuesday morning and spoke with May on the phone.

“The President reassured the Prime Minister that Americans stand with the people of the United Kingdom and that our resolve will never waiver in the face of terrorism,” the White House said in a readout of the call between the two leaders. “He offered American aid in the United Kingdom’s investigation and vowed to continue the mutual fight against terrorism.”

This is the deadliest terror attack in the U.K. since the July 7, 2005 bombings, when 52 people were killed by four Islamist extremists in London Underground trains. It was also reminiscent of the November 2015 terrorist attacks in Paris, when 130 people were killed, including 89 inside the Bataclan theater. ISIS took responsibility for the attack in Paris.

ISIS has taken responsibility for attacks in Spain, Belgium and France. It claims territory in Syria and Iraq.

Loading more stories
wpDiscuz
2
0
Would love your thoughts, please comment.x
()
x
| Reply
ISIS has claimed responsibility for the attack at a concert venue in Manchester, England, where Ariana Grande was performing, that killed 22 people.