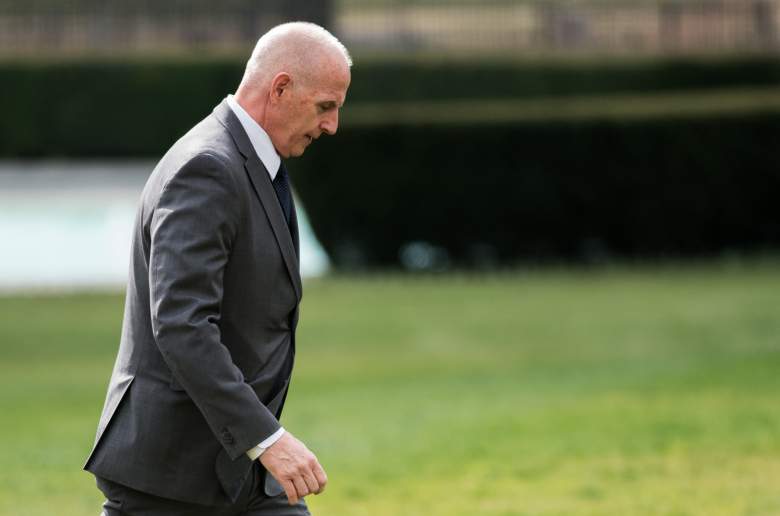 Keith Schiller walks across the South Lawn of the White House in Washington, DC on March 3, 2017. (Getty)

Keith Schiller is at the center of the massive political story involving the firing of FBI Director James Comey.

According to CNN, Schiller is the one who delivered the letter to the FBI in which Donald Trump informs James Comey that he is fired. Schiller is a White House employee who has worked for Donald Trump since the 1990s.

So who is Keith Schiller, exactly? Here’s what you need to know about him.

1. He Has Worked as Donald Trump’s Bodyguard Since 1999

Keith Schiller has been working for Donald Trump for over 20 years, following him to the Oval Office.

He began working as Donald Trump’s part-time bodyguard in 1999. At the same time, he was working for the New York Police Department, starting as a transit police officer in 1992, according to the New York Daily News. During his time with the NYPD, he would often break down doors on drug raids.

He retired from the NYPD in 2004, and that same year, he was hired as Donald Trump’s security director. He later became Trump’s head of security.

Outside of the NYPD, Schiller also served in the Navy for four years.

“Keith is more experienced than almost any Secret Service agent I’ve ever worked with – and I’ve worked with plenty,” Caputo said. “He’s also kind, gentle, quick to smile, and truly pleasant to be around. But attack him from behind and you’ll meet an entirely different man – swiftly and mercilessly.”

2. He Was Known for Confronting Protesters During the Trump Campaign 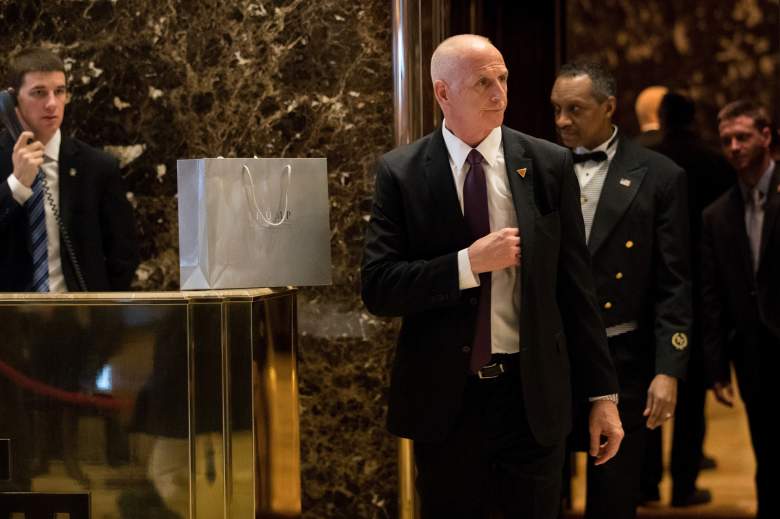 In September 2015, Keith Schiller made headlines for smacking a Trump protester.

A protester was holding a sign that said “Trump: Make America Racist Again” outside of Trump Tower while Trump was holding a press conference; as captured on video, Schiller grabbed the sign and smacked the protester.

Schiller had several other confrontations with protesters throughout the presidential election, and he was frequently seen on video kicking protesters out of rallies.

According to Politico, Schiller and some of his subordinates were sued for their handling of protesters at Trump rallies. In an affidavit in the case, Schiller said that he did hit a protester but saying that he felt that protester “physically grab me from behind and also felt that person’s hand on my firearm, which was strapped on the right side of my rib cage in a body holster. Based on my years of training, I instinctively reacted by turning around in one movement and striking the person with my open hand.”

These confrontations aren’t the only reason Schiller has faced some controversy, though. Newsweek reported in March that Keith and his wife Lena were sued three times for unpaid taxes.

3. Trump Reportedly Asks Him for His Opinion on Issues 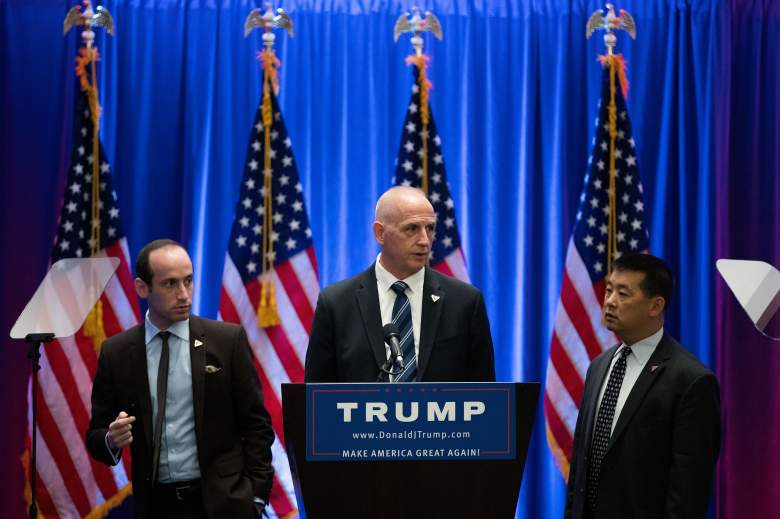 Schiller is not simply a bodyguard for Donald Trump, though.

Politico reported in December 2016 that Schiller is more of an aide to Trump, and Trump has been known to ask for Schiller’s opinion on things.

“Trump has been known to ask Schiller’s opinion on all manner of subjects,” Politico reported. “When people want to reach Trump, they often call Schiller’s cellphone and he decides who gets through to the boss.”

Some former campaign aides told CNN that Schiller was one of the most influential people in Trump’s inner circle during the presidential election.

“It mattered more to me what Keith Schiller thought of me than what the campaign manager thought,” a former top campaign aide told CNN. “Now I think it means more what Keith thinks of you than Reince (Trump’s chief of staff) thinks of you.”

A campaign aide also told CNN that Schiller is the “most underestimated person on Trump’s team.”

4. He’s From New York & Was Reportedly Not Very Political Growing Up 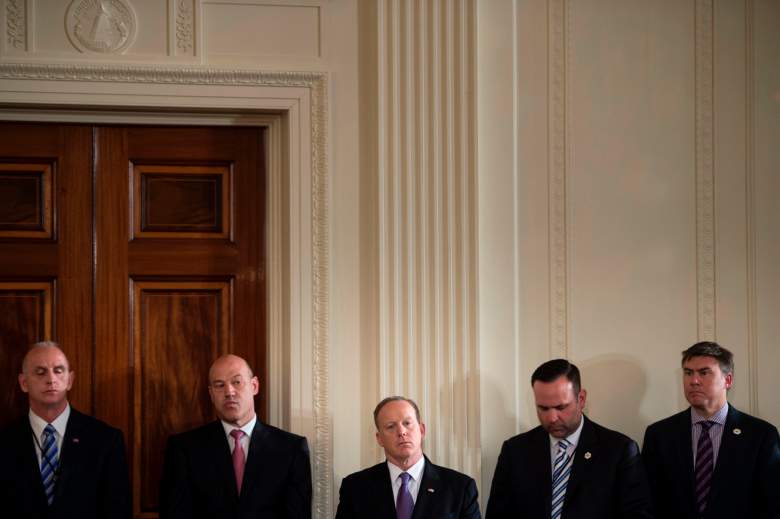 Keith Schiller and others listen during a joint press conference with NATO Secretary General Jens Stoltenberg and US President Donald Trump in the East Room of the White House April 12, 2017 in Washington, DC. (Getty)

Keith Schiller is 58 years old and is originally from New York. He grew up in New Paltz, according to CBS.

According to CNN, Schiller has an apartment near Trump Tower.

Some who knew Schiller growing up told CNN that they are surprised to see Schiller in the White House, saying that he was never very political growing up.

“He was the most non-political guy,” Rich Siegel, an author who went to high school with Schiller, told CNN. “This is the last thing I could have thought (for him). I don’t think he gave a flying you-know-what about politics.”

Although he was apparently not very political growing up, according to The New York Daily News, Schiller is a registered Republican.

5. He Is the Director of Oval Office Operations

Keith Schiller is not a part of the Secret Service; when Donald Trump started to receive Secret Service protection, he decided to keep his personal bodyguards, a decision that was quite controversial.

Now, Keith Schiller’s official position is director of Oval Office Operations, meaning he is in charge of maintaining the president’s personal schedule and controlling who has access to the president.

Schiller doesn’t just work for Donald Trump himself, though; in April, he traveled with Jared Kushner to Iraq, according to Slate.

However, Schiller often performs as press handler, too, and according to CNN, he hand delivered Trump’s letter firing James Comey.

Loading more stories
wpDiscuz
3
0
Would love your thoughts, please comment.x
()
x
| Reply
Keith Schiller, the director of Oval Office Operations, is at the center of the massive political story of the firing of FBI Director James Comey.