Video of @leopoldolopez at 9pm tonight. "This message it's for my family. I'm alright." #Venezuela pic.twitter.com/QYZwMT95hY

The Venezuelan political prisoner Leopoldo Lopez was seriously ill in a military hospital, U.S. Senator Marco Rubio reported on Twitter, but the government released a “proof of life” video to combat the claim. You can watch it above.

“This message it’s for my family. I’m alright,” he said in the video, although its authenticity is not yet confirmed, and some are suspicious of it. Rubio has not posted again since the video.

I don't trust that video.

To combat the growing and urgent concern about the health of the Venezuelan political prisoner, state TV “aired a SOT from Leopoldo Lopez in jail saying he’s okay and mentioning today’s date as ‘proof of life,'” according to an NBC reporter.

The Rubio tweet set off a frenzy of worry about the health of Lopez.

Reports circulated that Lopez was gravely ill and near death on social media on May 3. However, Lopez’ wife’s spokesperson later told Univision that “the family was informed by officials that López was not admitted to the hospital and that his wife is now headed to Ramo Verde jail where he is being held.” The situation was still very fluid, and it was not yet clear what had happened to Lopez, if anything, his condition, and where he was, although the video, if confirmed, would indicate he is in good health.

Rubio retweeted a post from Lilian Tintori, Lopez’ wife, that read, “Capitan Rodriguez reported that Leopoldo is not here. We want to know the truth…!” He also posted a video of Tintori and other Lopez supporters outside the military hospital, demanding action. He wrote later on May 3, “@liliantintori has arrived at military hospital & being denied information on @leopoldolopez whereabouts or condition #venezuela.”

The U.S. Senator also wrote: “#Venezuela regime denies media reports @leopoldolopez in hospital Easy to clear up. Allow wife access to him after preventing for over month.”

Univision raised the possibility that Lopez was on a hunger strike, although conspiracy theories immediately flew because of the degree of fear he strikes in government authorities in Venezuela.

President Donald Trump several months ago joined those advocating for the immediate release of the Venezuelan political prisoner who has been labeled a “rock star” of that country’s opposition.

Trump shared a photo of himself with Lopez’ wife, Tintori, on Twitter on February 15 and wrote, “Venezuela should allow Leopoldo Lopez, a political prisoner & husband of @liliantintori (just met w/ @marcorubio) out of prison immediately.” Rubio – a primary opponent of the president – and Vice President Mike Pence were also featured in the photograph.

According to his website, Lopez is “the founder and National Coordinator of Voluntad Popular (Popular Will), which is a social movement and political party composed of thousands of activists and community, labor and youth leaders from all regions of Venezuela.”

Foreign Policy once wrote: “He has been painted as a combination of Nelson Mandela, Gandhi, and his distant grand uncle, Simón Bolívar, for his magnetic brand of in-your-face politics.”

1. Lopez’ Wife Was Heading to the Hospital to Try to See him & Lopez Was In Jail For ‘Inciting Violence During Mass Protests’ 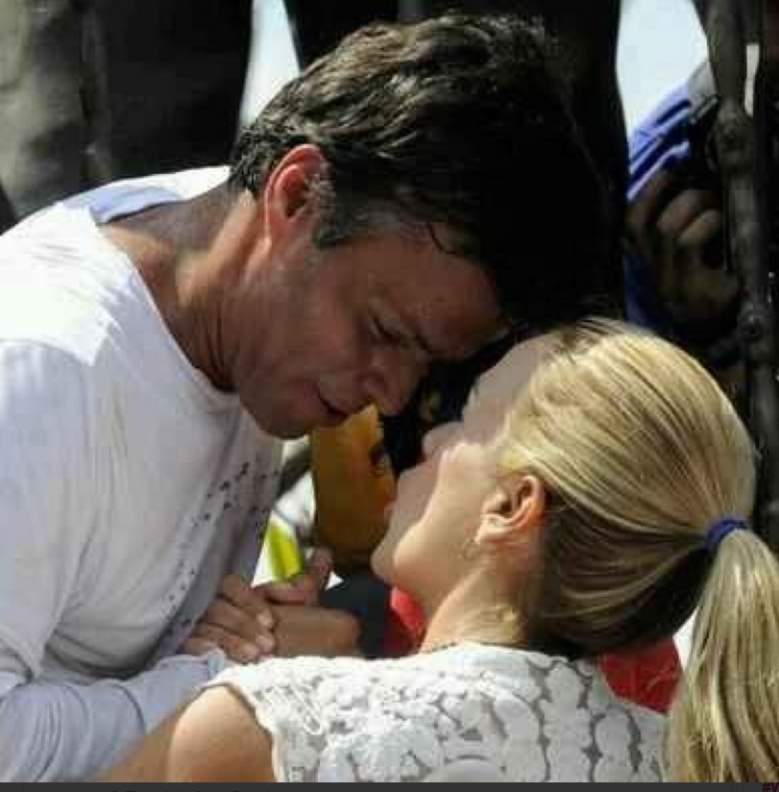 Social media reports said that Lopez’ wife was making her way to the military hospital in a bid to see him. According to Univision Noticias, she has not been allowed to see her husband for a month.

Rubio posted several videos that others took at the scene.

According to the BBC, Lopez has been in jail in Venezuela since 2014 for “inciting violence during mass protests.”

He received a 14-year sentence. BBC reports that, in 2002, “parts of the opposition, backed by elite businessmen and some military leaders, briefly removed then President Hugo Chavez – Nicolas Maduro’s late predecessor – from power.” The government dubbed Lopez a “coup leader” because of the role he played, and his reputation grew, the BBC reported. He ended up in jail after a series of 2014 protests that turned violent.

However, Foreign Policy reports: “López wasn’t even physically present on Feb. 12, 2014” where an alleged arson and property damage occurrred and “where Venezuelan security forces opened fire on a few dozen people, killing three. Instead, the government claims that López used ‘subliminal messages’ to inspire people to violence.” Earlier in the day, he had advocated non-violence, the site reported.

Newsweek reports of the violence that sent Lopez to jail: “…as the demonstration was winding down, youths began throwing rocks at police and torching their vehicles. Three people, including a government supporter, were killed. Shortly after, (Venezuelan President) Maduro issued an arrest warrant, accusing López of inciting unrest, homicide and terrorism.”

Foreign Policy also reported of Lopez’ trial that “not one witness put López at the scene of the alleged crimes. Of his proposed defense witnesses, 59 of the 60 were rejected by the court and the other refused to appear. López had three hours to present his defense, no witnesses could appear in his defense, and more than 30 proposed exhibits were rejected by the court.” 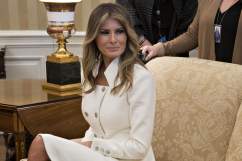 2. Lopez Said He Was Seeking ‘Democratic and Peaceful Change’ in Venezuela

Those who support Lopez – and Lopez himself – said he was seeking peace for Venezuela.

On a website devoted to his cause, “Free Leopoldo,” Lopez writes: “Two years ago I was imprisoned for calling for a constitutional, democratic and peaceful change in the Venezuelan government. Our plan was called La Salida, ‘the exit.'”

The website continues, “Not everyone agreed with our approach, and some called it radical. Today, the consensus is much stronger — President Nicolás Maduro must step down to save Venezuela from one of the greatest calamities in our history.”

The above photo appears on Lopez’ wife’s Twitter page. It reads: “I got married to the love of my life and Venezuela! Today, it would do a thousand times more! I love you, Leo! We will soon be together in freedom.”

Newsweek once wrote of him: “With twinkling chocolate-colored eyes and high cheekbones, López seems to have it all: an attractive and supportive wife, two children who get along with each other and impossibly adorable Labrador puppies.”

3. Lopez Was a Mayor but Was Barred From Running for Office Again

There was a time that Lopez himself held elective office in Venezuela – until he was barred from running by the government, that is.

According to BBC, Lopez was mayor of a district in Caracas from 2000 to 2008, until he was “barred from running for re-election in the 2008 polls for allegedly misusing public funds.” However, the network says he was not convicted or tried on the allegations.

Lopez’ website says, “In 2008 Leopoldo led all polls in the election for mayor of the city of Caracas, the second largest political office after the Presidency of the Republic. Despite support from more than 65% of the residents, Leopoldo was unconstitutionally disqualified from running for any elective office, based on a decree from the ruling government that was never tried in a court of law.”

Lopez’ wife wrote on the above photo, “This family tree was a task of my daughter Manuela. She didn’t want to cut out the photo but leave it attached as our family love you!”

4. Lopez Studied in the United States & Has a Masters in Public Policy

Lopez received his education in the United States.

Honored to meet @liliantintori & Mitzy Ledezma to discuss #humanrights in #Venezuela. All political prisoners must be released #FreeLeopoldo pic.twitter.com/xCw60yjDbI

The Hill reported of Lopez that he is “a 45-year-old U.S.-educated economist and opposition leader” who was accused of “inciting violence at anti-government protests in 2014 and is serving a 14-year prison sentence.”

Although Lopez said he was advocating for peace, Venezuelan government officials saw him as dangerous. That’s fueled immediate conspiracy theories about the cause of his reported sickness.

According to Foreign Policy, President Nicholas Maduro said on national television of López: “He has … quite a crazy messianic vision … that … alienates and poisons people, making them crazy.”

The site notes that President Barack Obama also called for Lopez’ release, as have many human rights organizations. A former staffer for Obama even praised Trump:

This is really awesome. Thank you President Trump for highlighting this issue @Free_Leopoldo https://t.co/WroGiiUKT0

A 2014 Newsweek article says of Lopez that he drove “thousands of Venezuelans into the streets to protest against food shortages, a stagnant economy, widespread crime and an increasingly encroaching socialist government.”