A man holding a beer in one hand and a pistol in another shot seven people, killing one, at an upscale apartment complex pool April 30.

The suspect, identified as 49-year-old Peter Selis, was shot dead by police at the scene in La Jolla, a quiet coastal community in San Diego known for its beaches.

All but one of the victims in the shooting were non-white, the San Diego Police Department said in a news release.

Selis was a car mechanic at a San Diego-area Ford area dealer who reportedly was struggling with financial stress from credit card debt. Authorities said the shooting doesn’t appear to be racially charged. Instead, he was furious over a recent breakup, even calling his ex-girlfriend while he opened fire.

Family members Monday confirmed that Monique Clark of San Diego was the one victim that died at an area hospital. The other six victims were listed in critical condition.

“It is with extremely sad heart that we report that one of the females has passed away,” San Diego Police Chief Shelley Zimmerman said.

Friends of Clark described her as a mother of three that was “one of the nicest, most genuine people you would ever meet.”

Peter Selis sits on a lawnchair at a the pool with a beer in one hand and a beer in another. (Twitter)

Witnesses at the scene described Selis looking “relaxed” while holding onto a beer with one hand and shooting with the other from a chair at the La Jolla Crossroads Apartments‘ pool.

The San Diego Union-Tribune reported that he told others at the scene, “You can either leave or you can stay here and die.”

Listen to the San Diego dispatch scanner audio in the video below:

Selis opened fire at the pool during a birthday party at the complex, which is located near the University of California-San Diego. David Phillips told The Tribune that he was coming back from the bathroom at his best friend’s party when Selis started shooting. Clark was also one of his friends.

Another witness told NBC 7 that Selis walked into the area during the 50th birthday party and at one point the man whose birthday it was invited him to join in the celebration. The witness said that in response, Selis lifted up his shirt, took out a gun and shot the man in his stomach before opening fire on others.

A dispatcher in the 9-1-1 audio said that Selis “reloaded his gun in the pool area” at least once.

The chief didn’t directly label the shooting a hate crime and said it wasn’t immediately clear if Selis knew any of the victims.

She said the situation started when authorities “received numerous calls that several people had been shot in the pool area” around 6 p.m. Sunday.

A police helicopter flew overhead and noted that there were numerous victims in the pool area. The pilot of the helicopter saw that Selis was still at the pool and armed with a handgun at that point.

When three officers arrived on scene, Selis was in the process of reloading his gun. A sergeant and two other officers entered the area and confronted Selis, who reportedly pointed his gun at them. Officers shot and killed him.

Authorities said that Selis was armed with a semi-automatic pistol.

2. Clark’s Friends & Family Described her as a ‘Caring’ Mother

Friends and family members paid tribute to Clark’s life with a number of posts to social media.

Clark’s cousin Victor Keith posted a message on Facebook earlier in the day Monday confirming her death and asked for prayers.

“My beautiful niece Monique Clark was taken from us by the San Diego shooter. May she rest in peace,” she wrote.

One of Clark’s friends, Willie Mayo, told NBC San Diego that she was the mom of three young children and an all-around good person.

“She has kids, a little one, maybe like five or six-years old, so very sad,” Mayo said. “Monique’s a good person, too, very nice. So, still trying to take it all in.”

3. A GoFundMe Has Been Set Up For Clark’s Family & Medical Expenses

Monique Clark was was shot and killed by Peter Selis on April 30.
(Facebook)

Phillips said that it was no surprise to him that it was Clark who was the first person to greet him at the birthday party.

“It kills me that she was killed,” Phillips said to NBC San Diego. “She just didn’t deserve it.

Clark was pronounced dead at Sharp Memorial Hospital in San Diego on Sunday.

A GoFundMe page has been set up on the family’s behalf to help cover medical expenses and to assist her three children. The goal is set at $100,000 and the campaign eclipsed nearly $3,500 in four hours.

4. Selis Was Shot Dead at the Scene By Officers

Zimmerman said at a press conference that Selis was shot to death by police at the pool when they sensed an opportunity.

She said that at around 6 p.m. authorities “received numerous calls that several people had been shot in the pool area.”

A police helicopter flew overhead and noted that there were numerous victims in the pool area. With the elevated angle, the pilot saw that Selis was still at the pool and armed with a handgun and in the process of reloading when three officers made their move.

The sergeant and two other officers entered the area and confronted Selis, who reportedly pointed his gun at them. Officers shot and killed him.

Authorities said that Selis was armed with a smi-automatic pistol.

5. The Chaotic Scene Was Described As a ‘Warzone’

Witness to white gunman opening fire on San Diego pool party: “He had his beer in one hand and his gun in the other” https://t.co/glAuo7xlDB pic.twitter.com/BvABJPjuj3

The scene at the pool was described by witnesses as very chaotic. Images of red cups scattered on the ground by puddles of blood were seen under an umbrella near the pool. The picnic-style food for the gathering was still on a table.

Witness Amit Godbole told The Tribune that he was in his apartment at the complex when he heard what turned out to be the shots. He looked out the window and saw what he described as a scene that resembled war.

“It was like a war zone or something,” he said to the newspaper. “There would be three or four shots, a pause and then more shots. I was trying to count them. I counted 30 or 40.”

The horrific sounds of gunfire and screams from those in the pool area were posted to social media.

Some people in the complex recorded the incident as it occurred and video showed a massive response from law enforcement in addition to people frantically fleeing the scene.

Selis worked as a service technician at an auto garage in the area. Court records indicated that he was collapsing under financial problems and had a large amount of credit card debt.

The court filings in San Diego showed that he and his wife separated in 2008. A Chapter 13 filing from 2015 shows Selis with a joint debtor, his spouse Patricia Martinez. It lists the couples’ assets at $14,100 with liabilities of $108,028. 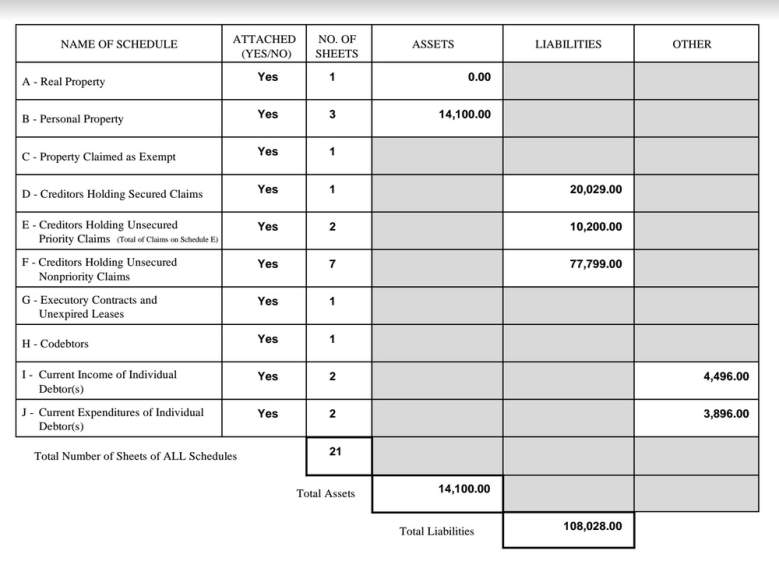 The filing shows that Selis was a mechanic for Mossy Ford, Inc. in San Diego and worked there for at least five years. It also indicated that he had two teenage children of his own (a daughter and a son) and a 19-year old stepson.

Loading more stories
wpDiscuz
11
0
Would love your thoughts, please comment.x
()
x
| Reply
Peter Selis shot and killed a woman identified as Monique Clark at a San Diego pool along with six others. Clark was a mother of three children.