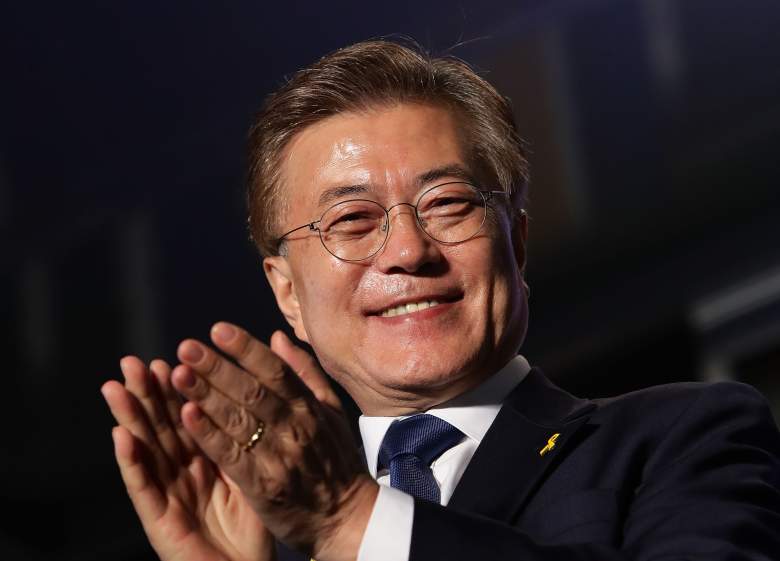 Moon Jae-in celebrates with supporters at Gwanghwamun Square on May 9, 2017 in Seoul, South Korea. (Getty)

Moon Jae-in has been elected president of South Korea.

Moon ran as part of the Democratic Party of Korea, the country’s liberal party. This returns the liberals to power in South Korea after almost a decade.

So where exactly does Moon Jae-in stand on the issues, especially issues that concern the United States? What platform did he run on? Here’s what you need to know about Moon Jae-in’s political views.

1. He Is in Favor of Dialogue With North Korea 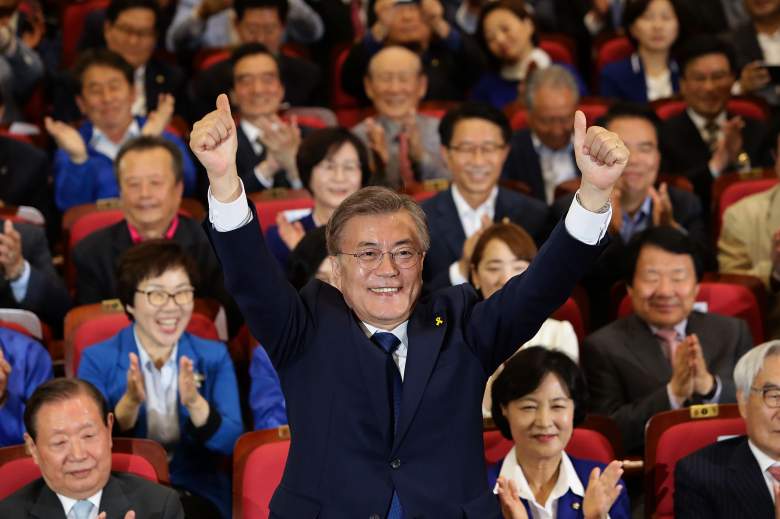 Moon Jae-in is in favor of potentially warmer relations between North Korea and South Korea.

Moon said during the campaign that South Korea must “embrace the North Korean people to achieve peaceful reunification one day,” according to The New York Times.

Like President Donald Trump, though, Moon has said that talks with Kim Jong Un would not happen until North Korea commits to abandoning its mission of building up its nuclear weapons arsenal.

“I could sit down with Kim Jong Un, but I will not meet him for the sake of meeting him,” he told The Washington Post. “I will meet Kim Jong Un when preconditions of resolving the nuclear issue are assured.”

North Korea’s state media indicated leading up to the election that Moon was its favored candidate, according to The Guardian.

2. He Has Criticized the United States’ Installation of a Missile Defense System in South Korea 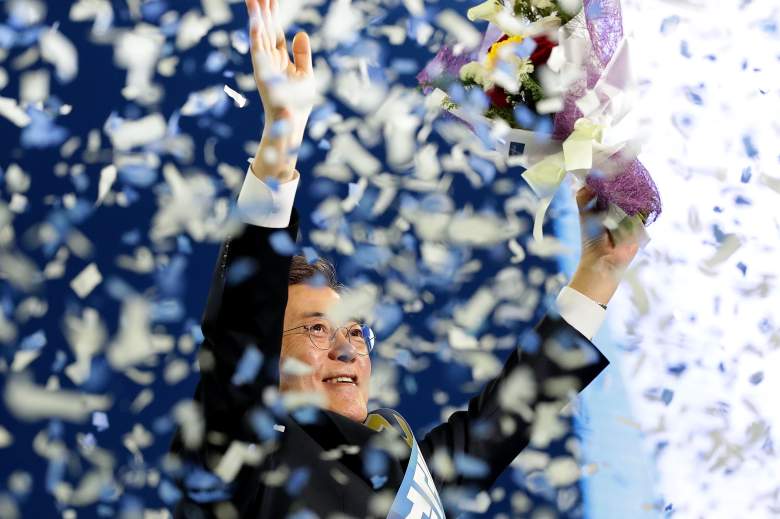 Recently, the United States installed a missile defense system in South Korea known as THAAD, or Terminal High Altitude Area Defense. This is designed to shoot down North Korean missiles.

Moon has been critical of the United States installing this system in South Korea and he promises to review it.

Mainly, Moon does not like the the fact that the United States, in his view, rushed the system’s implementation before the election so that the next president of South Korea would not be able to reverse it.

“It is not desirable for the [caretaker] South Korean government to deploy THAAD hastily at this politically sensitive time, with the presidential election approaching, and without going through the democratic process, an environmental assessment or a public hearing,” Moon recently told The Washington Post.

Moon also said that he wants South Korea to be “able to take the lead on matters on the Korean Peninsula.”

3. He is Against Same-sex Marriage 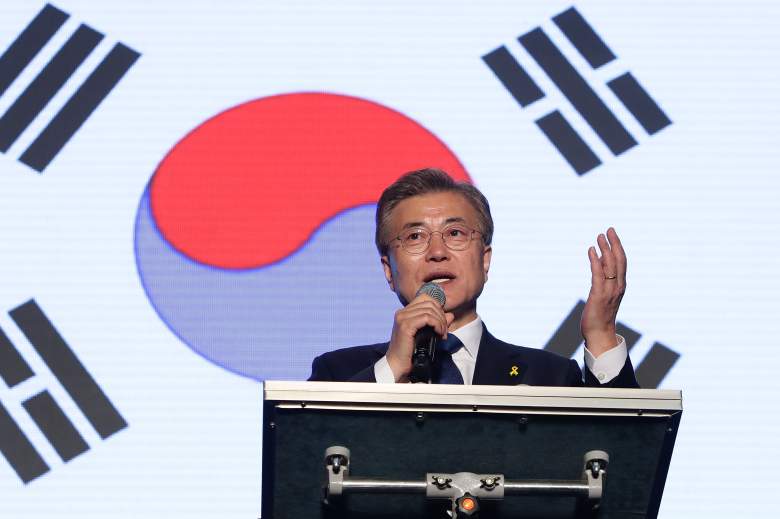 Moon Jae-in speaks to supporters at Gwanghwamun Square on May 9, 2017 in Seoul, South Korea. (Getty)

Moon Jae-in was criticized after a recent debate for saying he opposes homosexuality.

According to ABC News, Moon was asked in the debate whether he agrees with the idea that gay soldiers are weakening South Korea’s military. Moon indicated that he does agree.

When asked whether he opposes homosexuality, Moon said that he does.

Later in the debate, Moon clarified that he is against discrimination based on one’s sexual orientation, but he also said that he does support the legalization of same-sex marriage.

4. He Wants to Raise the Minimum Wage 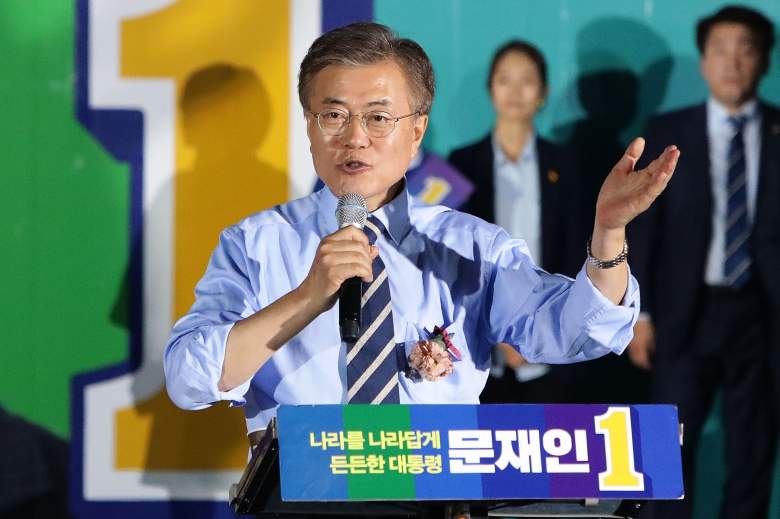 Moon has also called for stronger laws to prevent companies from discriminating against part-time or contract workers.

5. He Promises to Take on Corruption & Big Businesses 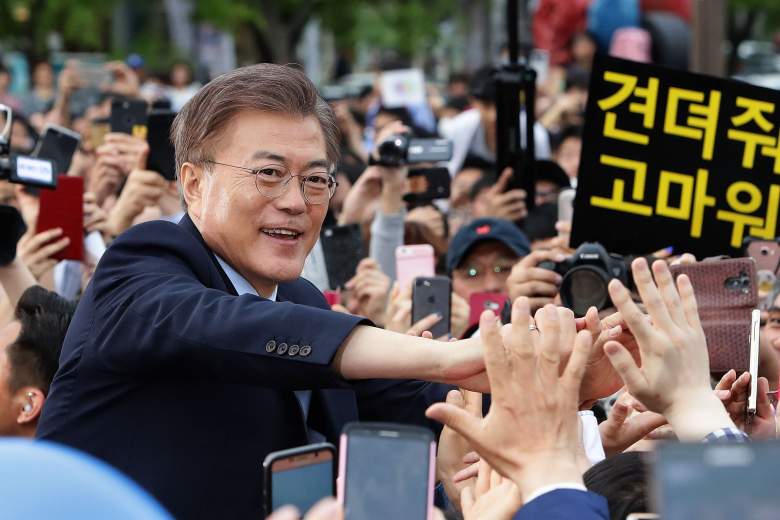 Moon Jae-in has pledged to take on corruption in South Korea, which is especially important considering the previous president was impeached following accusations of influence peddling. Moon says he will launch a new anti-corruption body.

Moon also says that he will take on “chaebol,” a term referring to conglomerates in South Korea like Samsung; Moon has proposed to strengthen the influence of minority shareholders in these companies, according to Fox News.

In terms of the economy, Moon has said that he will raise taxes on the rich and spend 4.2 trillion annually to create thousands of new jobs.

Read More
Breaking News, Politics, South Korea
Moon Jae-in has been elected president of South Korea. Here's where he stands on the issues.