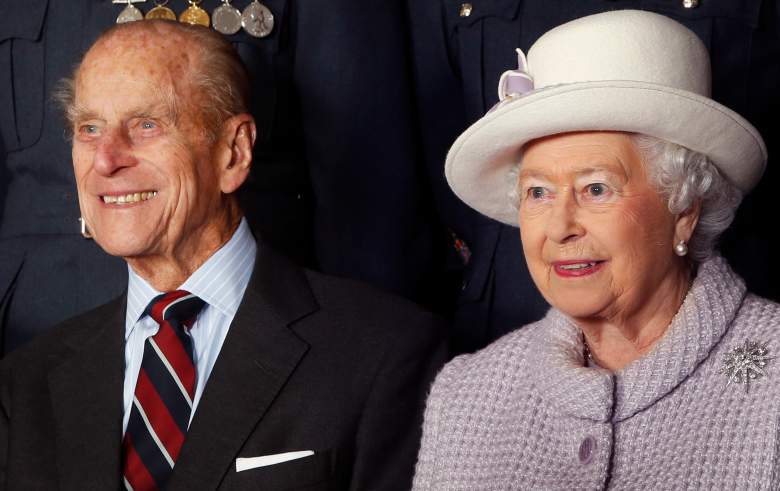 An emergency meeting was called at Buckingham Palace early in the morning May 4, which has led to much speculation that Prince Philip, Duke of Edinburgh, has died. Those reports haven’t been confirmed, however.

Just talked to #BuckinghamPalace press office. No comment on reports of urgent summit. "Her Majesty and Prince Philip are alive and well."

Philip, who is 95-years old, is set to celebrate his 70th wedding anniversary with his wife, Queen Elizabeth II in November.

Their wedding was one of the most highly-anticipated events and was seen on televisions and heard on radios all across the world.

Here’s what you need to know about the couple’s marriage:

1. The Couple Were Privately Engaged For Months Before It Became Official 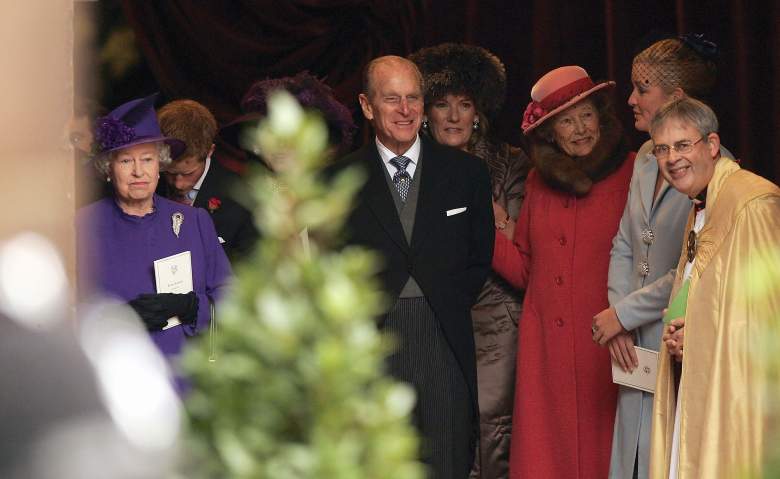 Elizabeth and Philip are actually related. They are second cousins once removed, as well as third cousins.

Elizabeth met Prince Philip for the first time in 1934 at Philip’s cousin’s wedding (Princess Marina of Greece and Denmark to Prince George, Duke of Kent). They wouldn’t meet again until 1937, but that’s when a relationship started to develop.

After that, Philip and Elizabeth met a third time at Royal Naval College in Dartmouth in July 1939. Elizabeth was only 13-years old at the time, and Philip was 18. Regardless of the difference in ages, Elizabeth fell madly in love with Philip.

In a letter that was up for auction in 2016, she wrote about the time they met in 1939 at the college and how hard it was with him being in the military.

I was 13 years of age and he was 18 and a cadet just due to leave. He joined the Navy at the outbreak of war, and I only saw him very occasionally when he was on leave — I suppose about twice in three years. Then when his uncle and aunt, Lord and Lady Mountbatten, were away he spent various weekends away with us at Windsor. Then he went to the Pacific and Far East for two years.

Soon enough, the two started seeing each other more often and got secretly engaged in 1946. Philip had asked King George VI for permission to marry Elizabeth, and he approved of it. But their engagement wasn’t officially announced until July 9, 1947 with the King giving his formal consent to the marriage.

An article in The New York Herald from July 10, 1947 told the story of how the two became engaged. It said that Philip gave her a “three-stone diamond engagement ring” that she didn’t wear in public.

Read the transcript from the article below:

It is with the greatest of pleasure that the King and Queen announce the betrothal of their dearly beloved daughter, the Princess Elizabeth, to Lieutenant Philip Mountbatten. RN, son of the late Prince Andrew of Greece and Princess Andrew (Princess Alice of Battenberg), to which union the King has gladly given his consent.

Lieutenant Mountbatten, who is a nephew of Viscount Mountbatten of Burma, now Viceroy of India, went to Buckingham Palace tonight, where it was understood he would stay for the next few days. The Admiralty said he was on “extended summer leave.” Recently — it was not said exactly when — he gave Princess Elizabeth a three-stone diamond engagement ring. She has not worn it yet in public, however — not even today when she appeared with her father and sister, Princess Margaret Rose, at the International Horse Show. Queen Elizabeth was at home suffering from a cold.

News of the formal announcement will not appear in the British press nor be broadcast by the British Broadcasting Corporation until tomorrow morning. All British newspapers, however, carried ban­ner-line stories today saying that the engagement would be announced “in a day or two. 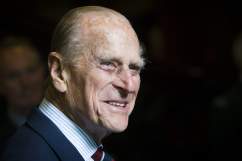 How Long Has Prince Philip, Duke of Edinburgh, Been a Prince?

2. The Wedding Took Place In November 1947 & Elizabeth Had 8 Bridesmaids

The couple were engaged for five months before tying the knot November 20, 1947 at Westminster Abbey in London. They officially got married at 11:30 GMT and were joined by many of their closest friends and family members.

Philip’s best man in the wedding was Marquess of Milford Haven.

Prior to the wedding, Elizabeth suffered a crisis when her tiara snapped. The court jeweller who was nearby was rushed by police escort to his work room and he fixed it in time for the ceremony.

Elizabeth’s wedding gown was designed by Norman Hartnell and she did her own makeup for the wedding.

The procession of the two wedding parties was greeted by hundreds of thousands of people lining the streets as they rode to Westminster Abbey in a large carriages. The wedding ceremony itsels was officiated by Archbishop of Canterbury Geoffrey Fisher and the Archbishop of York, Cyril Garbett. 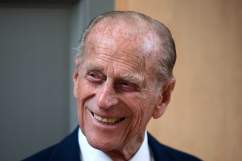 Prince Philip’s Health: What Are the Latest Updates?

3. An Australian Organist Was Tasked With the Music 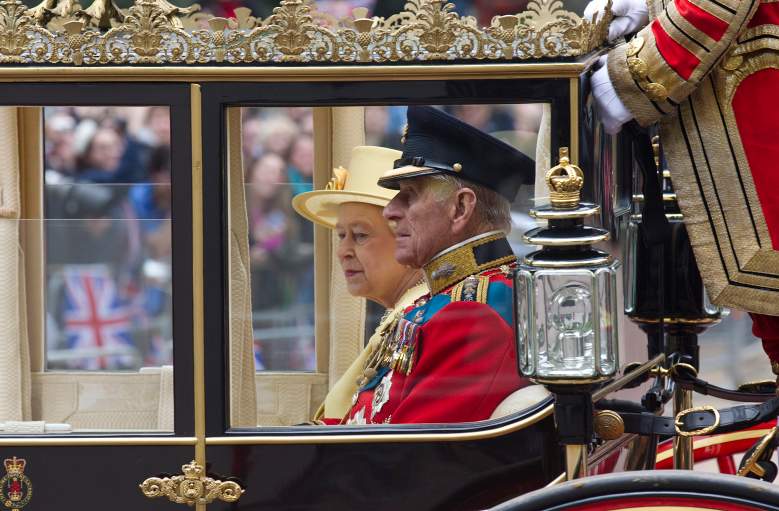 With a royal wedding being always being a worldwide event, the music was one of the most important parts.

Songs were carefully selected and a director of music was scouted early on. Ultimately, Sir William Neil McKie, an Australian organist who was the Master of the Choristers at the abbey, was chosen to be the director of music. He did so again at Elizabeth’s coronation in 1953.

McKie, who was a highly-touted musician, wrote a song especially for the wedding, titled “We Wait For Thy Loving Kindness, O God.”

The anthem for the wedding was the song “Blessed Be the God and Father of our Lord Jesus Christ.” A rendition of the song “Crimond” was taught to Princesses Elizabeth and Margaret to sing at the wedding, but the music for the hymn couldn’t be found when planning. Therefore the two and Lady Margaret Egerton sang it for McKie and he wrote the music down shorthand.

The wedding service closed with a familiar tune, “Wedding March,” an infamous song by Felix Mendelssohn. 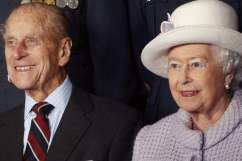 4. The Wedding Was Broadcast to 200 Million People

As one may imagine, the royal wedding was a highly-broadcast event across the entire world.

In addition to the thousands of people who lined the streets on the way to Westminster Abbey, the event brought together 2,000 invited guests. Over 200 million people listened to coverage of the wedding on the radio.

In addition to those broadcast figures, the royal couple received over 2,500 presents from around the world and over 10,000 telegrams wishing them congratulations. 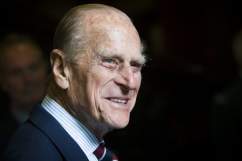 5. Their Honeymoon Was At Broadlands

After the two got married, they took a honeymoon to Broadlands in Hampshire. That is where Philip’s uncle, Earl Mountbatten, lived.

In 2007, in honor of the couple’s 60th wedding anniversary, Elizabeth and Philip returned to Broadlands and recreated a priceless picture that they took during their honeymoon in 1947.

The pose that the couple took was the exact same as the one they took almost 70 years ago. They are wearing clothing that looked very similar, with Elizabeth wearing the same necklace and pendant. 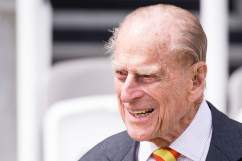 Loading more stories
wpDiscuz
2
0
Would love your thoughts, please comment.x
()
x
| Reply
Prince Philip and Queen Elizabeth are set to celebrate their 70th wedding anniversary in November 2017. Find out more about their marriage.