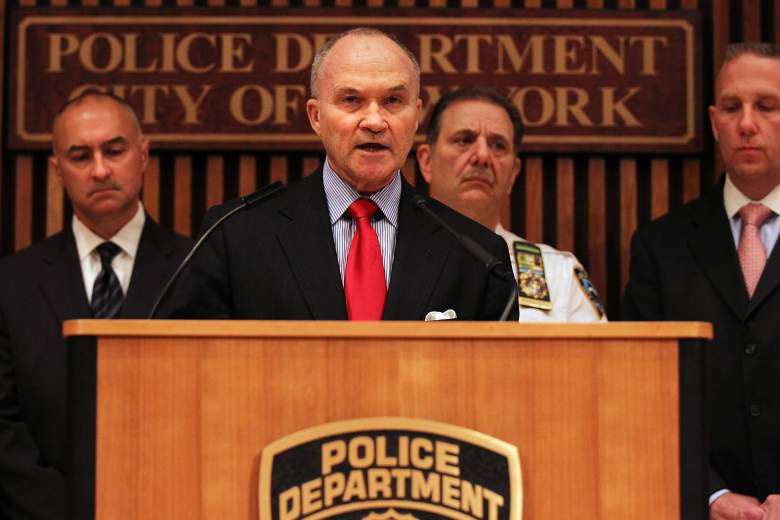 Ray Kelly speaks to the media about a car bomb that was discovered before it could be detonated in Times Square the previous evening May 2, 2010 in New York City. (Getty)

Ray Kelly, former police commissioner of New York City, is reportedly one of the people Donald Trump is considering to replace James Comey as director of the FBI.

In recent days, many on both sides of the political aisle have praised the idea of Kelly as FBI director. James Comey tried to be apolitical, but a few of Trump’s rumored picks for FBI director are partisan Republicans.

So where does Ray Kelly stand on the issues? Is he a Republican or a Democrat? Here’s what you need to know.

1. He Is a Registered Independent 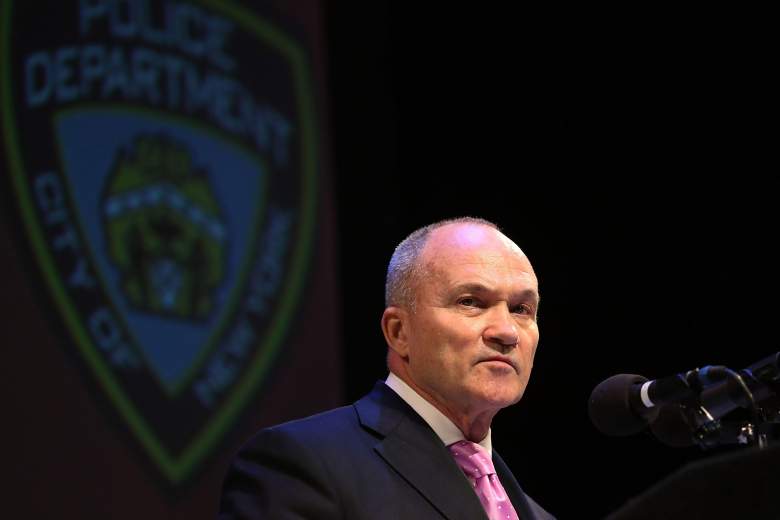 Raymond Kelly speaks at the Business Expo and Employment Fair at Columbia University which is part of Harlem Week on August 9, 2012 in New York City. (Getty)

Raymond Kelly has served under Democrats and Republicans. He was the undersecretary of the treasury for terrorism and financial intelligence under President Bill Clinton, and he was police commissioner of New York City under Mayor Michael Bloomberg; Bloomberg is currently an independent but was a Democrat before 2001 and a Republican from 2001 to 2007.

Kelly himself is neither a Democrat or a Republican. Instead, he told The New York Daily News that he is a registered Independent.

He also told The New York Daily News that if he were to ever run for office, it would likely be as an Independent.

2. He Said That Donald Trump’s Pledge to Ban Muslim Immigration is Unconstitutional 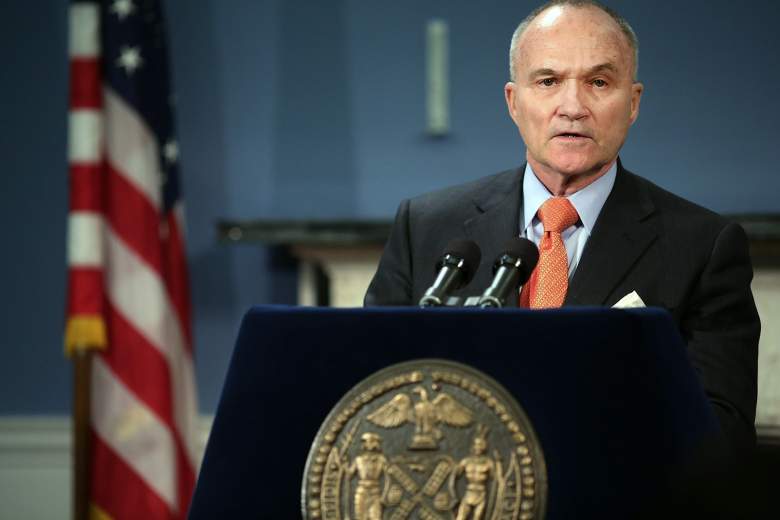 During his presidential campaign, Donald Trump called for a “total and complete shutdown of Muslims entering the United States until our country’s representatives can figure out what the hell is going on.”

In an interview with Fox Business shortly after Trump made this statement, Kelly said that he believes this idea is unconstitutional.

“Whether it works politically or not, I think it’s unconstitutional,” Kelly said. “The Supreme Court has held in many instances that constitutional rights extend beyond the citizen. So I assume it will be fought out if he goes through with it.”

However, Kelly said that Trump was tapping into a feeling that is out there in the country.

“I think he has touched a nerve,” Kelly said. “As I say, there’s tremendous anxiety out there, and he’s using that, and apparently using it effectively.”

When asked if he would, as Trump has suggested, step up surveillance of Muslim Americans and of mosques, Kelly said that he would only follow specific leads, regardless of where this took him.

In a separate interview with Yahoo, Kelly said that the U.S. should not alienate the entire Muslim community.

“We need the support of the Islamic community in the United States to provide us with information,” Kelly told Yahoo. “Obviously the vast majority of those of Muslim faith are law abiding, and certainly the ones in the United States are good citizens. So to the extent that it could undermine law enforcement from getting information, I think that is problematic.” 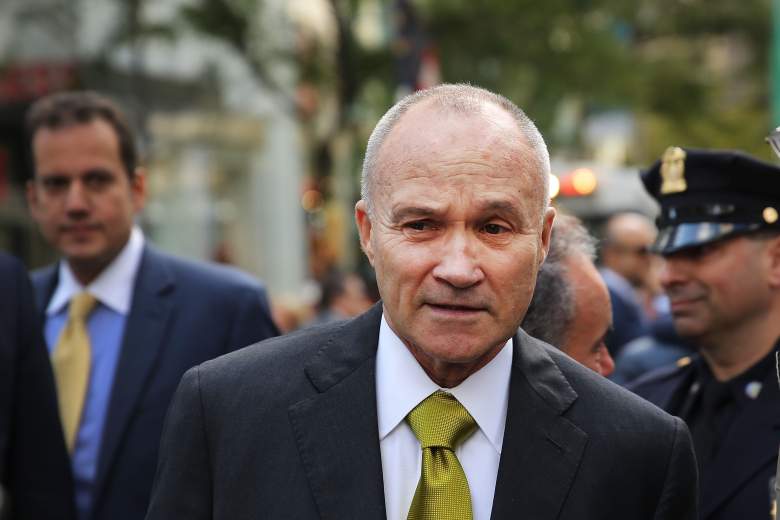 When it comes to the issue of the second amendment, Ray Kelly has said he is in favor of an assault weapons ban.

In his book Vigilance, Kelly talks about the fact that there is no reason that civilians should have this kind of weaponry, and terrorists like the Orlando nightclub shooter, Omar Mateen, must be prevented from obtaining them.

“Mateen had no trouble arming himself with a weapon of war,” Kelly said in his book, according to the Observer. “There is no logical reason for civilians to have that much firepower. I am all for an assault weapons ban,” Kelly wrote. “Given the world we live in, we have to expect more of these lone-wolf or wolf pack attacks. But an assault weapons ban will help reduce the body count.”

Kelly has also called for a mandatory background checks on gun purchases, and he says that those on the no-fly list should not be able to purchase weapons.

In addition, Kelly has pushed back against the idea that it’s a good thing for more people to have guns in order to prevent terrorist attacks.

“I’m uncomfortable with that position,” Kelly told Yahoo News. “It takes a lot of training to have a facility with a gun. I don’t think it’s going to be a major help in stopping terrorist events.”

4. He is in Favor of Stop-and-Frisk 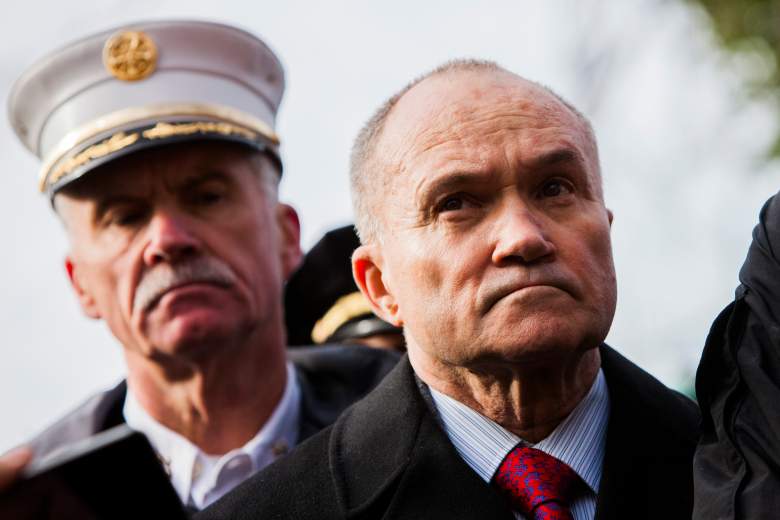 Ray Kelly speaks to the media on December 1, 2013 in the Bronx borough of New York City. (Getty)

In recent years, he has criticized Mayor Bill de Blasio’s decision to de-emphasize this policy.

“Murders are up,” Kelly told The New York Times. “And if you have a propensity to carry a gun and there’s a policy to de-emphasize stop and question and frisk, it’s only common sense you’ll see more people carrying guns and more crime.”

Kelly also said in 2016 that the stop-and-frisk policy is an important part of police work and that the city doesn’t feel safer without it.

“A very legitimate function of policing is to stop, question and frisk,” Kelly said, according to the New York Daily News. “If a police officer sees suspicious behavior he/she should intervene.”

Responding to criticism that stop-and-frisk disproportionally affects minorities, Kelly said that minorities will suffer more without the policy in place, noting in an interview that 97 percent of shooting victims are black or Hispanic, according to the USA Today.

In one interview, Kelly said that African Americans if anything are understopped by police.

5. He Says That Murder is Up in Some Cities Because, Following Ferguson, Police Are Not Willing to Engage 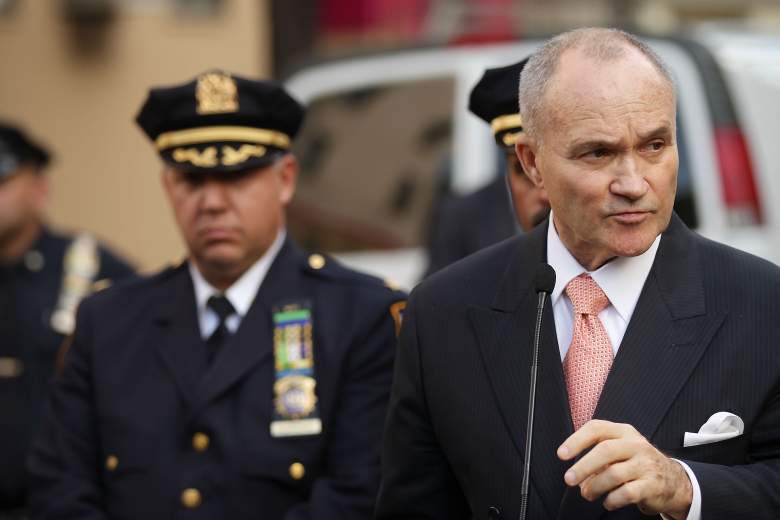 Raymond Kelly speaks with the media on October 11, 2010 in New York City. (Getty)

On the issue of police shootings, Ray Kelly has decried the fact that, following a number of high profile cases like Ferguson, some police are not as willing to engage.

In an interview with The New York Times, he referred to this as the Ferguson effect.

“These police officers have been given signals directly and indirectly to stand down and not be as proactive as in the past,” he said. “If they choose to disengage, there’s no penalty. That’s the primary reason for the increase in murder. Police are reacting to what has been happening in Ferguson: They are less willing to engage, and that translates into more violence and more death.”

In his book, Kelly writes that “it is simply not true, statistically speaking, that American police are on a murderous rampage.”

Read More
Donald Trump, Politics
Ray Kelly, former police commissioner of New York City, is reportedly being considered for the role of FBI director. What is his political affiliation?