The scene outside Didsbury Mosque the day after the attack. (Twitter/@CIBrown)

Salman Abedi, the Manchester suicide bomber, once worked at the local Didsbury Mosque, and the mosque’s imam says that Abedi treated him with “hate” after the religious leader preached against ISIS.

The bomber’s father, Abu Ismael Abedi, was a well-liked figure at the mosque who was also reportedly against ISIS, and the Didsbury Mosque’s imam says that Salman Abedi wasn’t the same after the 2015 speech.

The Manchester attack – which ISIS has claimed responsibility for, calling Salman Abedi a “soldier” – has killed 22 people and injured 59, many of them children. The blast, which killed 22-year-old Salman Abedi at the scene, ignited as an Ariana Grande concert was letting out on May 22.

With Abedi’s identity now released, people are trying to piece together and understand the background of the bomber, who was born in Britain to Libyan immigrant parents.

1. Salman Abedi Worked at the Didsbury Mosque Four Years Ago but the Imam Says Salman Gave Him a Look of ‘Hate’ When He Preached Against ISIS

Salman Abedi’s father, Abu Ismael Abedi, was a better known fixture at Didsbury Mosque, but Abedi was also affiliated with it.

“He grew up in the Whalley Range area and attended Whalley Range High School before apparently working at Didsbury Mosque in 2013,” reported the Telegraph.

However, Mohammed Saeed, the imam of the Didsbury Mosque and Islamic Centre, told The Guardian that “Salman Abedi had looked at him ‘with hate’ after he gave a sermon criticising Isis and Ansar al-Sharia in Libya.”

The Guardian reported that Saeed “said he gave a strong sermon against terrorism and about the sanctity of life in 2015. He said 2,000 members of the mosque were with him; a small number were not; and a few signed a petition criticising him” and Salman Abedi showed him “hatred” and “a face of hate” after that point.

@MGOUFC I actually know that Mosque – it's on Burton Rd in West Didsbury – and I can assure you that they did not encourage this. On the contrary!

People who are familiar with the mosque tweeted that the mosque did not encourage Abedi’s radical beliefs.

2. Abedi’s Father Was Well Known at the Church & Was Against ISIS

Loads of journos outside the mosque on Burton road in didsbury. Now loads of news cameras, any idea what's going on? @MENnewsdesk pic.twitter.com/fyuPyyRacA

Those who know the family told British news media that Abadi’s father would likely be horrified by his actions, although the father has not yet commented himself.

They say that he was known for being against ISIS and other extremism. According to The Guardian, Salman and his brother Ismail, “worshipped at Didsbury mosque, where their father, who is known as Abu Ismail within the community, is a well-known figure.”

The Guardian quoted a family friend as saying of the father, “He used to do the five and call the adhan. He has an absolutely beautiful voice…Abu Ismail will be terribly distraught. He was always very confrontational with jihadi ideology, and this Isis thing isn’t even jihad, it’s criminality. The family will be devastated.”

Abedi’s parents were Libyan immigrants. “His mother, Samia Tabbal, 50, and father, Ramadan Abedi, a security officer, were both born in Libya but appear to have emigrated to London,” before moving to the Manchester area about 10 years ago, reported The Telegraph. The father’s name is alternatively given as Abu Ismael Abedi.

3. The Mosque Was Built in a Converted Church in Manchester

Photos show that the mosque was built in a converted church in Manchester.

The mosque is officially known as the Islamic Islamic Centre and Didsbury Mosque.

According to its website, the Islamic Centre “was originally a church that was built early last century. In 1967 it was bought by some donors from the Syrian Arab community. The property consists of two large buildings, the first one is used as a mosque and library, while the second is used as prayer hall for women, a lecture and events room, classrooms, a kitchen, ablution area for men and one for women.”

The website describes the mosque as “being among the oldest Islamic centres in Britain and located in one of the busiest cities in the country where the population of the Muslim community is over 250,000 of various origins.”

The Centre “represents a wide range of the Muslim community of various origins and/or Islamic schools of thought. It is a focal point to Muslims who wish to perform their religious activities and seek information on Islam, the Holy Qur’an and Islamic Jurisprudence, all delivered by qualified staff,” the website says.

4. Abedi Learned the Koran by Heart & Was Known to Security Services Before the Attack 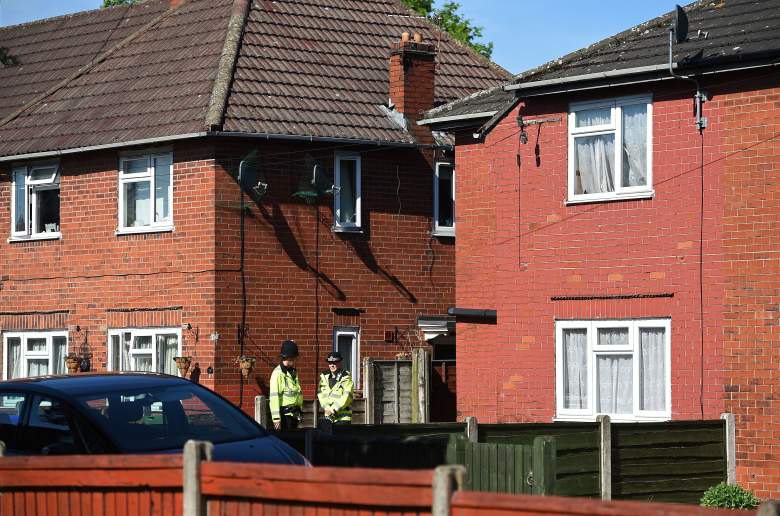 Police officers stand on duty outside a house in Fallowfield, Manchester, in northwest England on May 23, 2017, as they search the residential property following the May 22 deadly terror attack at the Ariana Grande concert at the Manchester Arena. (Getty)

Abedi attended the mosque in addition to working at it. The Abedi family friend said of Abedi’s father, according to the Guardian: “His boys learned the Qur’an by heart.”

Although authorities say Abedi was known to them before the attack, he’s been described as a peripheral figure at that time.

According to the Daily Mail, “A school friend told MailOnline had grown a beard when he last saw him and neighbours claimed he had been ‘acting strangely’ recently” but others who knew Abedi expressed shock by his actions, calling him reserved.

5. The Victims of the Blast Include an 8-Year-Old Girl & College Student Who Was a Super Fan of Ariana Grande

The carnage in Manchester was great. The identities of the 22 people who died are starting to be released. They include an 8-year-old girl, Saffie Rose Roussos, who was remembered for her creative personality.

A super fan of Grande, 18-year-old Georgina Callandar, also died in the blast. She had posted a previous photo of herself with the singer and tweeted at Grande to express excitement about the concert.

John Atkinson, an adult victim identified, was remembered for having a “beautiful soul.” 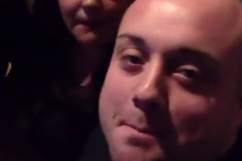 John Atkinson: A Tribute to the Manchester Bombing Victim